IS TODAYS PAKISTAN FULFILLS THE DREAMS OF QUAID?

Pakistan came into being in 1947.the existence of Pakistan was ambiguous from starting. There were many questions like what will be the name of Pakistan what should be national language of Pakistan, which Islam to be implemented!!

These all questions and many others were required to be answered. Muslim of that time looked forward toward Quaid to resolve all these issues but unfortunately life didn’t give that much time so he could solve all the problems of newly born state Pakistan. After the death of the eminent leader Pakistan came into the clutches of religious people, cruel and brutal feudal lord and economically and politically well-off people.

In lust of name and fame, power and money these people looted Pakistan from both hands. They made Pakistan a state which our Quaid never imagined. Quaid wanted a country where a single must not be out of skull but in today’s Pakistan out of 24 million children only half of them are still deprived of their basic need Education.

Extreme level of importance was given to education the people of Pakistan is that much ignorant that even they can’t estimate the vitality of education? Today where the world is equipping their children with light of education Pakistan is equipping their children with gun and explosive instruments which are harmful for humanity.Quaid wanted an honest and legible leadership for Pakistan but unfortunately Pakistan got such a dishonest and corrupt leadership in its destiny that the soul of Quaid may be cursing on it. The leaders are that much selfish and self-serving that they can play with the life’s of innocent Pakistanis. They are menace for the peace and security of Pakistan. They are getting richer day by day through illegal means and in the same way a common man is getting deprived of his basic needs (food, shelter and clothing)the politicians are having infinite member of allegations on them like allegiant of corruption fake degrees and murders. If the leaders of the state are that much nefarious the existence of such a country is really a question mark. In a nutshell I can say that current Pakistan is far away from the thoughts and imaginations of great leader Quaid. If we have to stay alive we have to take immediate steps to ameliorate our every field of life because a country with such a large number of problems can exist for a longer time. 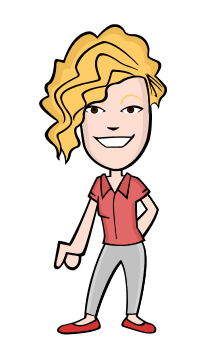 I hope this game is saved from its current state. I really loved this series!…

You are a child of God. Remain strong in your faith, no matter how many mistakes God's children mak…

Unlike the classic Tarot draws that only foresee the future, the Millionaires Tarot clearly shows yo…

A life destiny of good luck and great wealth

The ORACLE spoke for YOU.It unveiled wonderful revelations. You can expectHappiness and Fortune! Sc,…