JOIN ME ON A SOCIAL MEDIA CAMPAIGN TO ANNIHILATE CYBERBULLYING 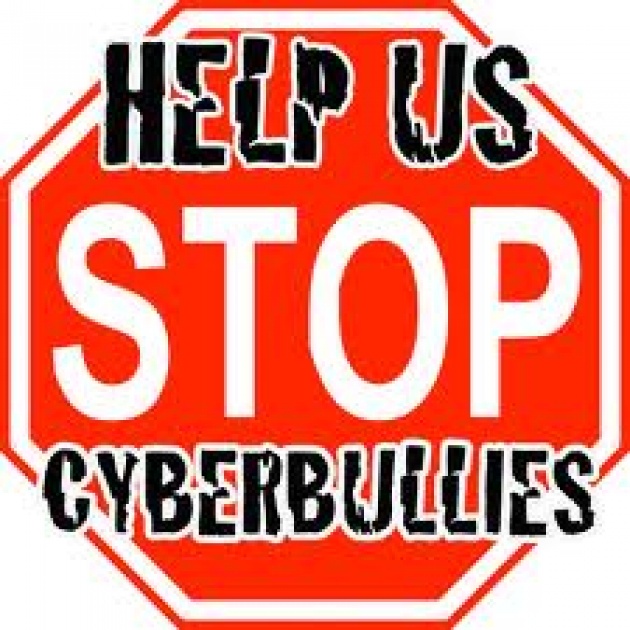 Bullying among teenagers is not a new phenomenon. It's been going on ever since kids were put together in a social setting for the first time, confirming that without proper adults' supervision the law of the jungle often rules strong. A famous novel of William Golding - the "Lord of the Flies" - hypothesizes the degree of violence, physical and psychological, that can occur between kids, not too dissimilar to the form of violence perpetrated by some of their parents. Although this is just fiction, it's undeniable that some children, when left alone, can develop aggressive traits toward their peers, especially if they lack essential social skills. 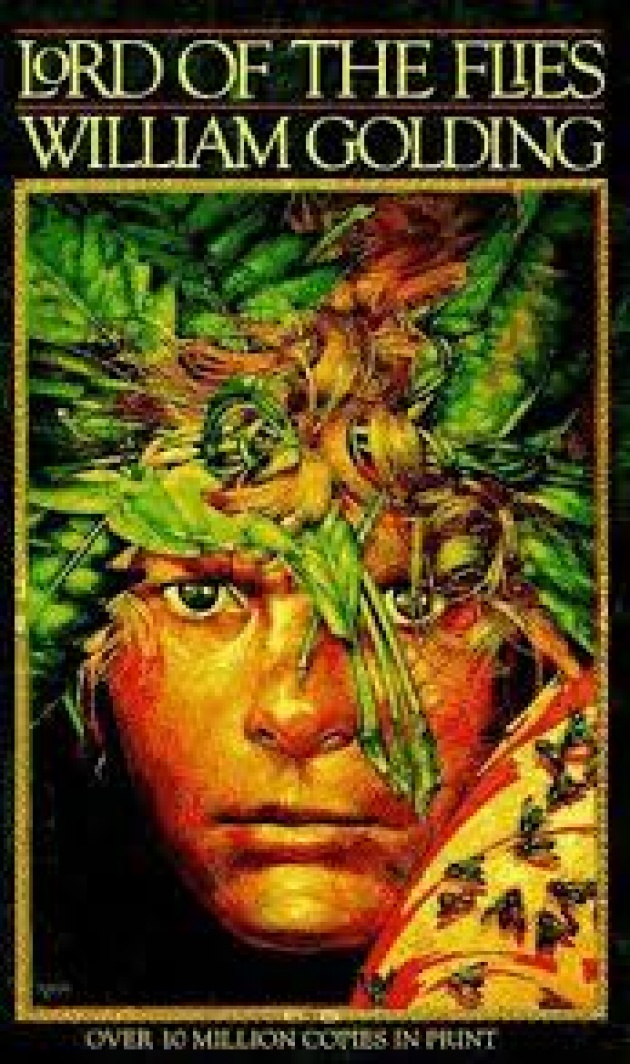 Part of my job as a school educator is to facilitate the acquisition of good ethical values in the minds - and hearts - of my students. I spend a great deal of time and effort introducing and promoting values such as kindness, responsibility and integrity, making sure they absorbe their meaning and understand the reason those principles represent the fundamental pillars that support our society. It's not an easy job, the main reason being the abundance of negative role models having a significant impact on their capacity to distinguish the good from the bad. The world in which they live today is not exactly bursting with good role models, and because of this some children struggle to comprehend why they shouldn't take a "short cut" when it's handy. This is when we - first as parents and second as educators - must intervene to bring them back to reality, and follow our words with appropriate actions, understanding that there's a tremendous degree of responsibility when we put ourselves in the position of leading by example. 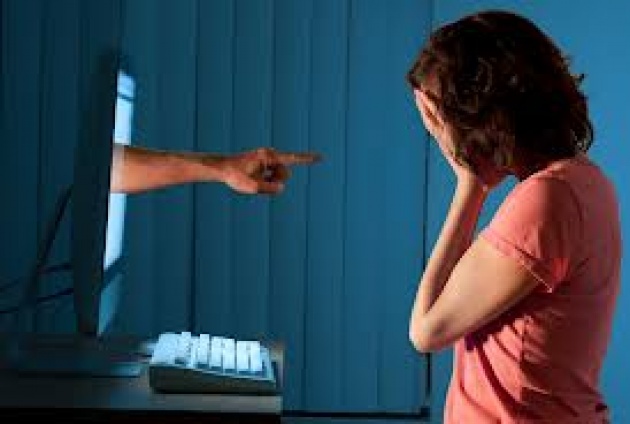 Bullying has been on a news rampage lately, and a day doesn't pass by without hearing about a child who has been bullied, either at school or outside. Additionally, I find alarming the emergence of a new - but equally disturbing - type of bullying: cyberbullying. Defined as "actions that use information and communication technologies to support deliberate, repeated, and hostile behavior by an individual or group, that is intended to harm another or others", cyberbullying is more subtle than the traditional bullying methods, but much more powerful, and potentially more dangerous. It spreads at lightening speed, reaching far more people, and leaving those who commit it totally anonymous. One of the aspects of cyberbullying I so strongly despise is the fact that the perpetrators have the opportunity to expose graphic images, leaving the victim with no available way out. It's a criminal act performed by cowards with nothing better to do other than labeling and ruining the reputation of others. 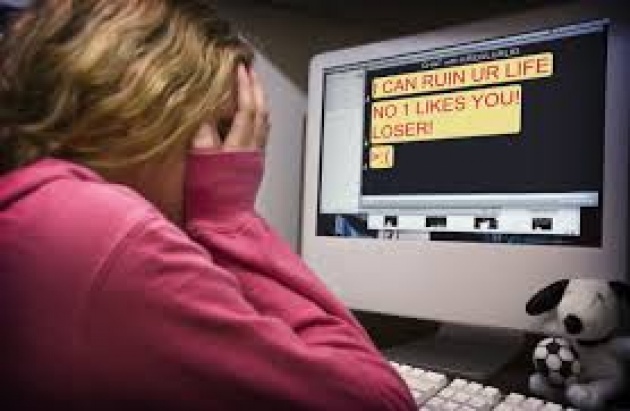 It's an epidemic, and it's happening all over the world. Three days ago Rebecca Ann Sedwick took her own life, after being relentlessly bullied by a group of teenagers. One of these kids even suggested that she should kill herself by "jumping off a building", and this is exactly what she did. She was only 12 years old. About a month ago, 14-year-old Hannah Smith, committed suicide after being bullied online. She hanged herself. Just a few days later, Daniel Perry, 17 years old, fell victim of cyberbullying and blackmailing, and found no alternatives to fatally jumping off a bridge. The suicide case of 17-year-old Rehtaeh Parsons made international news last spring. After being allegedly gang raped, she received persistent teasing, and was threatened that pictures of the episode would be made public. She hanged herself on April 4th, and was taken out of life support by her family three days later. Last month two young men were arrested and charged with child pornography in association with Rehtaeh's images, but those who committed the initial crime have never been brought to justice. Recently, even Facebook had to apologize for posting a picture of Rehtaeh as a dating advertisement. I know, it's insane. Some offenders are brought to justice, but the vast majority continue to carry out their criminal acts unpunished. 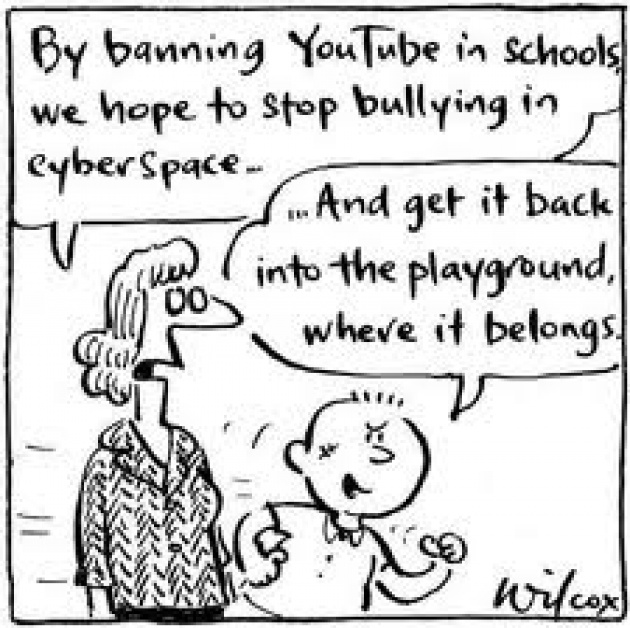 I'm not going to pontificate on how damaging social media can be if used in the wrong way. It's undeniable that in cases of cyberbullying social media networking has a key role in promoting those attacks to personal privacy and decency, and provides a believed-to-be safe platform for criminals to do their thing. However, social media blogging can also be utilized to fight against this phenomenon, and this is why I wrote this article. If we join forces against cyberbullying, and educate our children to follow our lead, sharing on social media can be used to promote an aggressive campaign against these sickening cowards. I have a few strategies I believe would help the campaign, but everybody should come out with more strategies - like these - as well, so that we can all work together as a team to annihilate this plague.

1) INCREASE AWARENESS. Cyberullying represents one of those situations that until we find ourselves living through it, we tend not to know or care about it. Mass media can change this, getting everybody more involved, regardless of their life experience.

2) TALK TO OUR CHILDREN. This strategy has two sides, both equally important. First, we must discourage our kids from engaging themselves in chats with people they don't know, making sure to describe the risks associated with doing so. It's also important to clarify that should they had already become involved in such conversations, there's no shame in denouncing the offender. It does happen to many teenagers out there, and they need to feel that there is a way out from this. Second, we need to explain the degree of harm that can be caused to others when such deplorable acts are perpetrated. Some kids fail to reflect on the consequences of their actions, and need to be reminded that there's no excuse for taking part in a bullying scheme.

3) DEMAND STRONGER ACTION FROM AUTHORITIES. If we can make cyberbullying a crucial issue in the next political campaign, we will have every politician on our side. And if we can pressure our local and federal authorities strongly enough, we will have more chances for a more aggressive legislation against the offenders, and a more effective implementation of the law.

4) CHANGE THE CULTURE. When a child falls victim of cyberbullying, it's rarely just one person sending nasty messages. Usually there are several offenders involved, which makes the situation even worse. If there were a social media system in place that people could use to send supporting messages to those victims, think about the chain reaction that would happen! For every offensive message the person would receive, there would be hundreds, maybe thousands positive ones. This is something social media can and should address, so that cyberbullies wouldn't have any chance against the strength and resilience of love. 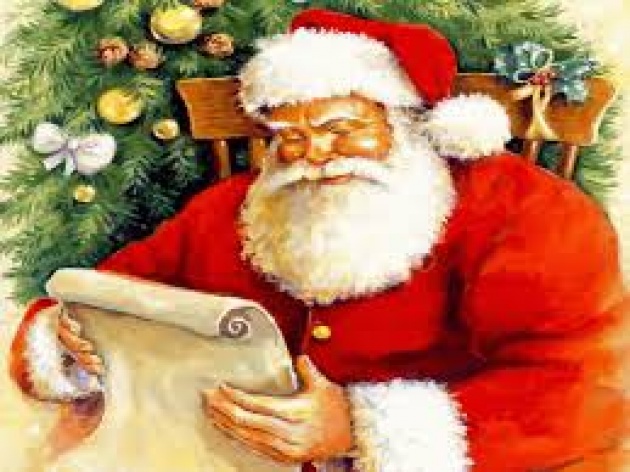 I'd like to share a story I read yesterday. Ryan Suffern, 8 years old, wrote a letter to Santa Claus asking him to make kids stop bullying his sister. Because of being overweight, and suffering from Attention-Deficit Hyperactivity Disorder (along with other mental and mood disorders), his sister Amber had been relentlessly bullied at school. She never really mentioned anything to her mom, but Ryan knew. On his letter, he wrote: "Dear Santa ... I wanted a (remote control) car and helicopter, but I don't want that anymor. Kid at school are still picking on Amber and its not fair. I prayed that they will stop but god is bisy and needs your help."

Please, let's do anything we possibly can to stop every type of bullying, so that kids won't have to write to Santa Claus to make bullying stop.