Karokaram Highway - The 8th Wonder Of the World 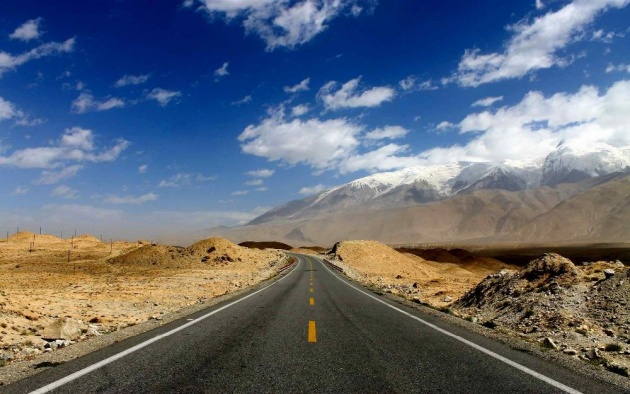 The Karokaram Highway is the longest paved international highway of the world. This highway was built by the Pakistan's and China's governments which is also known as Friendship Highway in China. It is a smooth international 1300 km long road which connects the Pakistan and China. This Highway is the most notable thing in Pakistan and also in world, which is quite attractive for the tourists around the globe. It is also referred to as the 8th Wonder of the World, which connects the China’s Xinjiang region with Pakistan’s Gilgit–Baltistan and Khyber Pakhtunkhwa regions. This wonder is also known as 'KKH' and officialy named as N35 in Pakistan.

The street is around 805 km long, it is double carriaged metalled street. it begins from Hawelian which is about 100 km far from Islamabad. Highway passes through the areas of Mansehra, Hunza, Chinas, Pattan, Abbottabad and Gilgit and then connects its route to Xinjang in China. At the point of Khunjerab pass, it is around 4693meters (5,392feet) high. Karokaram highway is ofcourse a result of great efforts and hardwork of labourers of both the nation for about 15 years. They also gave there lives while constructing the Highway. Building mission of Karokaram Highway was accomplished and opened to public in 1959. Both countries still gets appreciation from the people all around the globe. One advantage of it is that it has opened a path for the travellers to experience the beauty located in the north of Pakistan. Karokaram Highway has been proved as a biggest attraction for tourists. 24 thousand workers have put their efforts in the construction of this Highway and provided a new wonder to the world known as KKH. 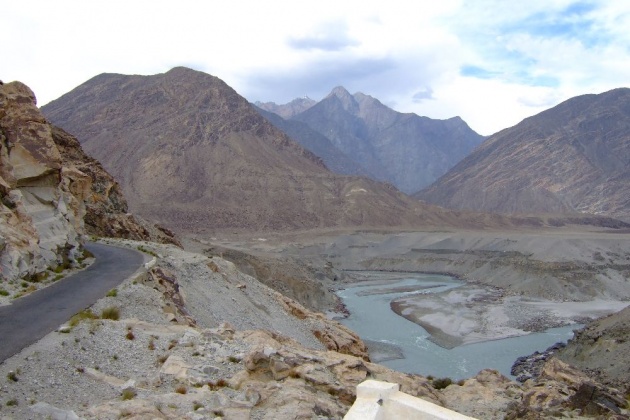 Documentry Made By National Geographic Channel:

The Karokaram Highway was build by the collaboration of Chinese and Pakistani engineers. At first it was difficult to imagine and to execute such a massive project especially in such a huge district. But the hard work of the civil engineers of both the nations came out as a blessing in the form of 'Karakoram Highway'. Actually the development of the wonder highway included around 30 million cubic yards of rock material and earthwork, more than 8 thousand tons of explosives and 80 thousand tons of cement plus numerous different materials like sand in a huge number of tons too. The route offers the thrilling experience for adventurers and tourists. During the route, travellers passes through over miles and miles of barren area with Rough Mountains. In the landsliding and falls, about 810 Pakistani workers and 82 Chinese workers lost their lives while constructing this highway.

Karokaram Highway (Shahra-e-Resham) has been the most loved route for tourists, adventure and traders alike. For quite a long time this highway has been utilized for exchange of goods between the greater part of the known world. The traders of history all use to export and import goods from this route. China mostly have exported tea, flavors and silk and in the return phase the Romans exported their prized belonging goods including silver, gold, glass products and vine. The wonder highway has connected the giant trader countries like India, Persia (Iran) and China on a single route.  Thus, it is without doubt a eighth wonder of world holding inside of it the great part of history within itself.

Finding out Karokaram Highway in the map, it begins from the Pakistan's city Hasan Abdal which is situated in Punjab Pakistan, and it pasess through the huge mountains along the way and it finishes in Kashgar the city of area Xinjiang, China. Karakoram Highway (KKH) is known as N35 in Pakistan. The KKH embraces the banks of the Indus for three hundred kilometers of its north sided area around the foot of Nanga Parbat, which is the ninth most highest mountain in the whole world. 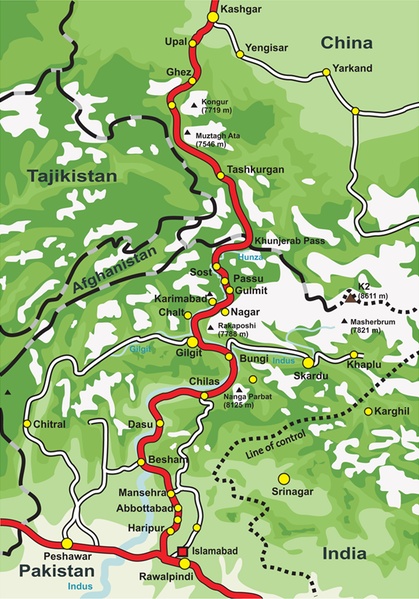 Karakoram Highway provides the adventurers and travellers a pathway to all mountain peaks in Gilgit–Baltistan, Kashmir and a few peaks in Xinjiang, China. The wonder road is located on the highest point of the huge mountain, which is a major attraction for visitors. It is the most popular highway throughout the world. This is the reason that a big crowd of people (tourists) from all over the world visits the most exciting adventoures road trip over the clouds.

The great Highway was started constructing in 1959 passing through the huge mountains of Karakoram. This wonder highway, 1300 km long road, is constructed by the collaboration and mutual funds of Pakistan's and China's government. The most highest series of mountains can be easily seen while travelling on this super highway. The range of Mountains includes Karokaram, Himalaya and Hindukash. Another interesting thing is that the most huge famous mountains like NANGA PARBAT and RAKAPOSHI can be directly seen from the wonder highway. NANGA PARBAT is one the most dangerous mountain (more dangerous than the K-2 Mountain) which is situated in Pakistan. 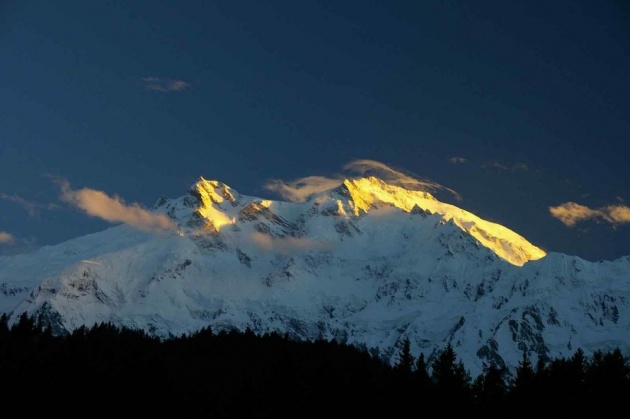 The Karokaram Highway provides the passage along with the world's largest glaciers like Baltoro Glacier. In Pakistan, five of the Eight thousanders mountains taller than 8,000 meters, which is approximately 26,000 ft are reachable by the Karokaram Highway. The notable glaciers that can be easily seen while travelling on the Highway are Khujerab Glacier, Passu Glacier, Minapin Glacier and Ghulkin Glacier.

The 1300 km long road is not an easy route to have a drive on. It should not be drived by the beginner drivers. Heavy snowfall often blocks the various section of roads. The road is however in awful condition and requires solid nerves to negotiate it. Karokaram Highway  is certainly not for the weak of lungs, heart, or legs. The KKH passes through the most dangerous series of mountains, rivers and lakes of the region. Travelling here in not an easy task, although the transportation services has improved in the past few years. 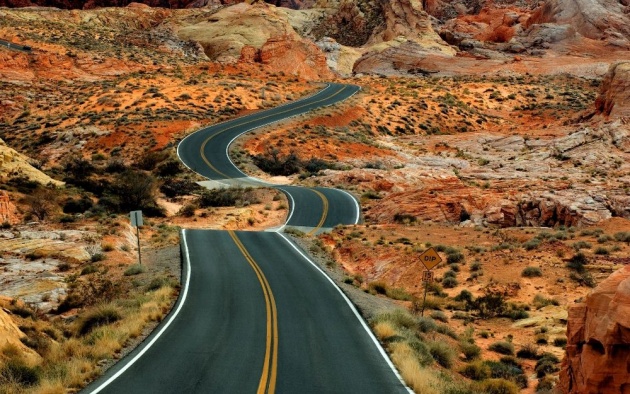 Recently, karokaram highway has become a Tourism destination  for the international tourists and travellers. Overseas and Pakistani citizens mostly make visit to this adventoures area during vacations, and that in little numbers. Pakistan government has prohibited the tour agencies not to make personal trips to these areas. In 2006, Karokaram highway was ranked as the '3rd best' preffered tourism place in Pakistan by The Guardian. The 1300km long road has given mountain climbers and cyclists an easy access to numerous huge mountains, lakes and highest glaciers in the area. The wonder highway has also gives access to Gilgit and Skardu from Islamabad by road. These are the two popular points for mountaineering campaigns in the Gilgit–Baltistan district of Pakistan.

The Eighth wonder highway provides easy accessible way to the most beautiful lakes and rivers along the way. While travelling on Karakoram Highway, a traveller can view the beautiful sight of 3 different rivers in the way of its route. These rivers includes the Gilgit river, Hunza river, Indus river, Khunjerab river and Karakul lake located inXinjiang, China. Major rivers Gilgit river and Sakardu river usually falls in the last destination in River Sindh.

Karokaram Highway is best travelled during the spring season or in the early autumn. Heavy monsoon rains in the season often results in the landslides which blocks the roads for several hours. Whereas the snow during winters also cause the blockage of roads for the long period oftime. The crossing border between China and Pakistan at the point of Khunjerab Pass usually just opens between May to December. 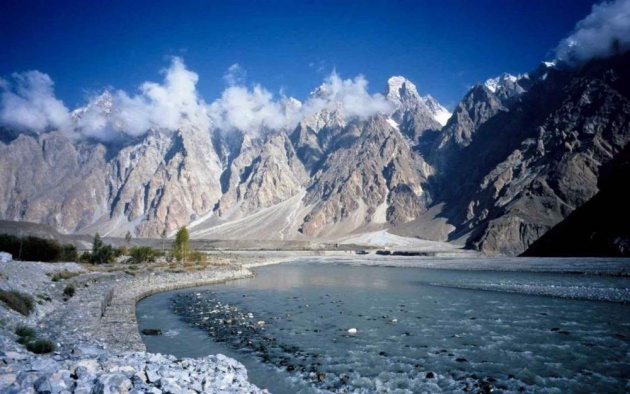 It was quite difficult to reach the Highway area during initial years. After that it was opened for public visit in 1979. There are a few transport agencies in Pakistan that offer transport service to the Highway from Lahore and Rawalpindi. The biggest transport company is Northern Areas Transport Corporation (NATCO). Some of the other travelling companies are Saeed Travel, Anchan Travel, Silk Route Travel, Masherbrum Travel and K-2 Movers. 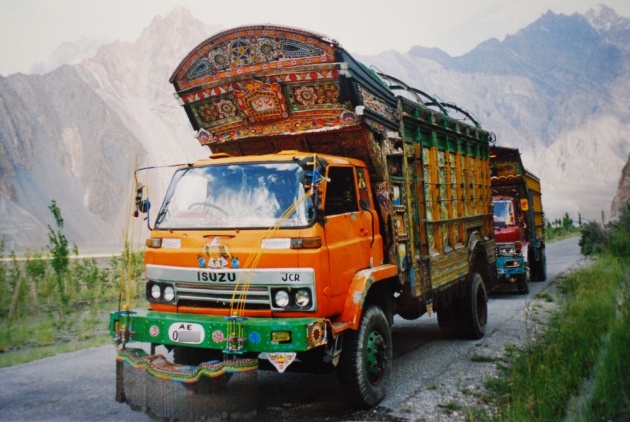 Nearby Places Of Karakoram Highway:

The Karokaram highway is an incredible example of the best engineering efforts. While travelling, a traveller usually come across the beautiful spots and sights that can not be described in words. Some of the nearby places of Karakoram Highway that can also be easily visited during the travel are following:

Karokaram Highway is an marvellous example set by civil engineers of Pakistan and China. The highway is also referred to as Friendship Highway in China. There are approximately 20 thousand pieces of petroglyphs and rockart on the way from Hunza to Shatial. It presents the must watched scenic wonderland sight during the journey. There are extremely beautiful scenes and sights that is impossible to explain in the words alone. Drive from Islamabad to Khunjerab Pass for the highway can be the most adventoures road trip ever experienced. As a Pakistani cititzen, i am simply feeling proud for having written on this eighth wonder highway!

Thoughts And Impressions About The Artificial Intelligence

image credits:geraltviaPixabay I'm 24 years old now. I think No one of my generation fellows, older …