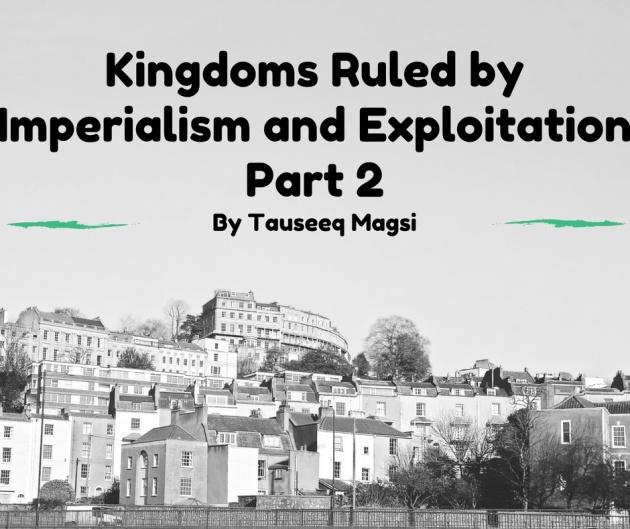 Those who have not read my previous blog are requested to read it first, in this way you could have a better idea about this series of blogging about cruel kings and kingdoms of history. If you have not read its first then click on Kingdoms Ruled by Imperialism and Exploitation to read it first. But if you have already read then let us continue with our topic.

Myanmar, also known as Burma, was occupied by the army in martial law in 1962. The army put its critics into prisons, broke the parliament and erupted all kinds of democracy and put them to death. Due to the cruel dictatorship of the army, Myanmar cut off from the whole world and remains a single country. Due to which most of the people of the country became poor and forced to live below the poverty line. Only the ruling class and their families were able to survive at the cost of their power. It is true, but in the same country when democracy came recently, Buddhists who live in it who are considered religiously non-violence, broke the mountains of oppression on Rohingya Muslims and forced them to leave the country. In this era, such an aggression blamed the conscience of humanity with its head shy.

Neo-Assyrian Empire, a great kingdom consisting of Egypt and Mesopotamia in the Iron age. The era of this kingdom dates from 911 BC until 609 BC. At that time it was counted as the world's largest empire. Assyrian inhabited the initial principles of the kingdom, many of which other empires, adopted themselves as a standard. Near the historians, it was the world's first regular empire. The Assyrians were the first people who made iron weapons and invented such methods, which resulted in becoming incredible.

Their army was capable of manipulating abilities but was also very cruel. After conquest of the surrounding states, they would sell the inhabitants of the land as slaves and thus would send them out of their country. They put nails of iron in enemies' bodies and drove them to death, shattered their bodies into pieces and made minarets of the skulls of their bodies outside of the cities which they conquer. Many of their writings show that they were very proud of removing the eyes of living humans, burning children alive, and hanging their enemies' skulls on the surrounding trees.

Portuguese was the first imperialist kingdom of the era of Renaissance, which was the largest and longest everlasting kingdom of the world's history.

It lasted for six centuries. This kingdom, which was born in 1415 in Spanish town of Ceuta and lasted until 1949, when they lost Macau to China. This Empire was based in Europe, Africa, India, Japan, and Brazil. During its long imperial era, it exploited local residents, attacked African villagers and became a major part of African slaves’ trade. In 1961, Angola laborers rebelled against them at the end of their imperialist era, as a result of this, Portuguese launched a war against them. This painful war lasted for a period of 14 years which also includes the incident of the massacre of 500 man, women and children, by the Portuguese army. 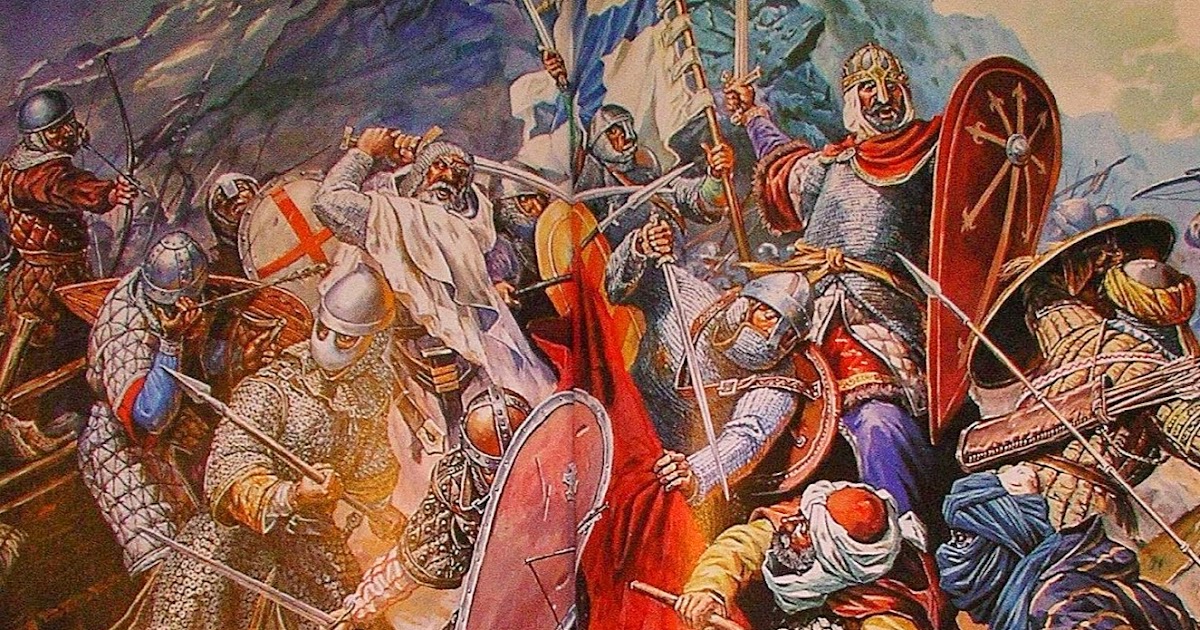 Alexander the great is considered as a military wing in history. He was the king of Macedonia, the Greek state of Greece. He formed his army and began a series of victories. He reached India while passing through and conquering Greece, Syria, and Egypt. But it is obvious that his victories were not complete without horrific wars and horror demonstrations. These cruelties included wastage of thousands of lives, burning of cities and the killing of thousands of innocent civilians. Like all the rulers, Alexander was also suffering from mental insecurity. He always feared that someone would rebel against him and destroy his throne. Due to this same fear, he just killed many people due to the doubts in his mind. The kingdom of Macedonia ended in 323 BC when he died and his death divided his kingdom into three parts.

In 1869, buying the control of the coastal area of Assab from a commercial company started the Italian imperialist empire, which spread to other African parts. In that era, all the European powers used this tactic that they came to Asia and Africa as traders, and then made them their colonies and became the boss of here and took all the possible benefits of wealth, minerals and humans (slaves) and made their Countries rich.

The Italian Empire had this honor that they increased the boundaries of their captured areas including Eastern Europe and some parts of China while taking advantage of the First World War. This work, it performed in 1922, under the underworld dictator Mussolini. Mussolini came into power and converted Italy to a police state. He dissolved the Parliament and pressed all the voices of the opposition rising against him with power. During all these brutalities of the Italian Empire of, thousands of people went away with their lives, who wanted to protect themselves and their homeland from coming under this imperialist force. 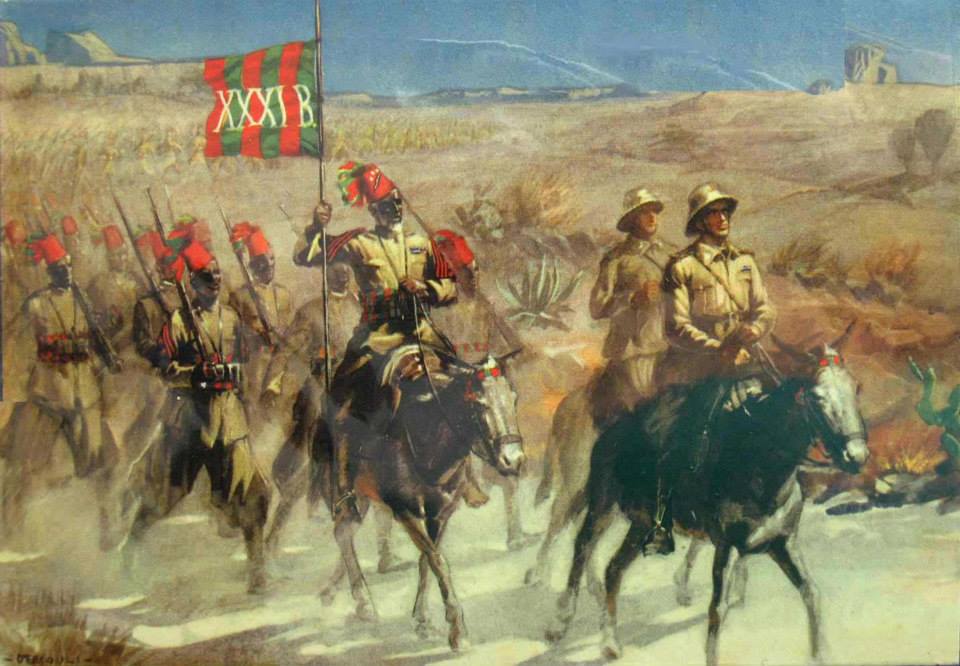 The Spanish Empire was one of the few biggest empires of the world. From the late 15th century to the beginning of the 19th century, the vast areas of the continent of America (which was called the new world in that era) and the Philippines (which the Spain called indies) were in the control of Spain. When Christopher Columbus discovered America, Spain started to make it its colony and to some extent it succeeded. All the imperial forces of that era, including Spain, wanted to reach India, which was called Golden Sparrow.

During his campaigns, 'Columbus' and many other such adventurers, bring such a storm of massacre, robbery, rape and murder, that humanity felt shy, but today, the human rights champion European countries do not even speak about those tragedies, instead all those brutal adventurers have the status of heroes in their own nations.

Although local tribes of America, Australia, and other countries, such as Red Indians, are also forced to live in the distinction and deprivation in the current world of development and human rights researchers, these European nations were occupied on land and mineral wealth of them. Campaigners such as 'Columbus', not only occupied the local tribes of these areas, and made them a colony, but also made their inhabitants slave and put them down from the level of humanity.

Although in fact, they had fallen from humanity due to their own actions. They did not forgive the local women and hang them, and the religious leaders settled in those places were burnt alive. On the other side, epidemic also made thousands of people die and those campaigners from a known developed world could not do anything to save them. Instead, they were happy at the disaster which was making their work easier.

100 BC to 400 BC, Rome was the world's largest city. Later, the new Roman (Constantinople bridge) in 500 BC became the world's largest city, with a population of 50 to 90 million people, which was about 20% of the world's known world population. Roman Empire was very broad and diverse in its peak era, which covers Europe, North Africa, Egypt, and Syria. Romans used every step to spread the limits of this great kingdom.

Which involves aggressive attacks, slavering people, spreading panic through a strong demonstration of power and force and enforcing their orders. They were not only punished for being crucified but also used to demonstrate their power and authority. Their economy was dependent on the trade of slaves, sexual exploitation, and robberies in neighboring countries. Many rulers of the Roman Empire, such as Nero, Caligula, and Dominion, were cruel and brutal, whose beloved hobby was torturing of humans.

As the above-mentioned Spanish Empire was trying to make America their colony and it was proven to be brutal for the local tribes, when making the United States a colony, thus the largest tribe found in Mediterranean America was not less in their horror and deviation. Their name was Aztec and they owned their vast empire there. This tribe was not less than any oppression for other local tribes. According to their belief, one of their gods, Huitzilopochtli, likes a freshly taken human heart as a supper. According to the figures of 1487, Aztec offered sacrifice of 84,000 people only for this purpose in just four days.

We especially the people of the subcontinent are aware of British empire because we were Colony of their own. Yes, the British, who came to in India, from the 16th century to the 18th century, they ruled alone many parts of the world including India. At the time of its ascendancy, it was the world's largest kingdom and it was said that the sun does not set in the British Empire. This Empire has been the superpower of the world for almost a century.

By 1913 the British Empire government's gambling was on the neck of 412 million people, which constitutes around 23% of the world's population, and by 1920 the limitations of the empire spread to 35,500,000 kilometers of the world's total area Makes up to 24% It can be said that by 1922 the British Empire was occupied by a quarter of the world's total area and the fifth part of the world's total population was its people. By the way, the English view was the acquisition of economic benefits through their colonies, but what they did to achieve their goal, it actually comes into the category of oppression. During the second Boer War, they placed people in lockup camps where they were given very little food.

There was no proper arrangement for the treatment of spreading diseases in these camps, and other conditions were also very desperate, due to which 27,000 people died. When the British divided India and Pakistan came into existence, there were ten million people migrated due to the unfair boundary divisions and conspiracy to deprive Pakistan of most areas, and one million of them went away with their lives. In addition to this, 12 to 29 million Indians died in the second world war when a famine broke out in India and that time prime minister Winston Churchill of British send tons of wheat to England so that it could provide cheap food to it

This is all for this blogging series. I hope that you would have enjoyed while reading these two blogs. I would like to end my blog with a video which will explain more about the oppressed and cruel states of the past.

All rights are reserved for Tauseeq Magsi written for Bitlanders.