The session titled ‘He sang to our souls’ explored what set Nusrat apart from the rest, particularly his ability to instantly connect with the audience.

“Nusrat would make an intuitive assessment of the environment and the crowd and fill it,” said Ali Sethi, a writer and musician. “He was able to modulate himself to the audience although his qawwali was in Persian, which many in the audience did not understand.”

Nomanul Haq, a writer and teacher of social sciences, described the fundamentals of Sufism, which lay in contradiction, and the involvement in divine love that required separation. “In separation is desire, yet there is an urge, a struggle to be reunited, to go back to the source. This contradiction is resolved in qawwali and that is what we see in Nusrat’s work.”

The contrariety was not only felt in his qawwalis but his voice also resonated with conflicts, he added.

“There was no base in his voice and yet his scream was ecstatic, almost a rapture which passed the highest octave. That was his iconic style,” said Ali.

The ambiguity in his voice became the style followed by many other classical singers such as Abida Perveen. “Nusrat sang from a female’s perspective and Abida sings from a male’s; there is a contradiction and there is unison. In Persian, there is no distinction between the genders,” said Noman.

Nusrat’s global appeal showed his ability as an artist, the magic that was unrestricted to a country, medium or people. Although Nusrat’s talent was recognised worldwide, the same cannot be said about other performing arts in Pakistan.

Capping the global market was discussed in another session, ‘Can local cinema travel globally?’

‘The film industry may well be under the process of revival, with a number of films released last year, but only a handful of them made it global, including Josh, Waar and Seedlings,” said Mazhar Zaidi, columnist, documentary maker and producer of Zinda Bhaag.

Munizae Jahangir, a documentary maker and journalist, said filmmakers needed to focus on telling a “real story” rather than concentrating on politics and making films to propagate a certain image of Pakistan. “It is unfair that we force people to watch a film out of patriotism,” she remarked.

Sanjay Iyer, a writer and actor from Bangalore, said even with a limited budget, films produced with a human angle can have a massive appeal, citing example of Iranian film which, he said, was a social critique of what was happening in the country. Sanjay referred to a psychological thriller, Lucia, in Kannada films that became a hit worldwide through social media.

“No producer was ready even to listen to Lucia’s storyline. The budget was earned through crowd-funding, 5.5 million was earned through social media and the film reached 27 countries,” said Sanjay. “The film did not adhere to the conventional style of villain-hero at all, the content was global.”

Similarly, the theme of reaching a global audience was discussed in the session titled ‘Transmuting fiction into drama’. For any writer having their work read and extended to a diverse audience is the ultimate dream. But what happens when a piece of fiction is transmitted through a different medium?

Alex Preston, British author and journalist, said: “After the transformation from a novel to the film, I just wondered where is everything that I did? When you see a character that had previously existed in your imagination replaced by a film character, it’s almost a sense of loss.”

Author Kamila Shamsie said what film could achieve visually in a moment, a novel could not.

“There is no medium that can better reach the human mind than a novel,” said Alex. 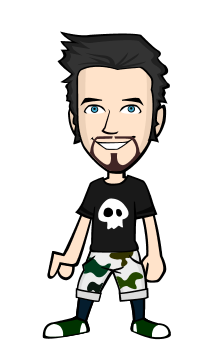 I Am Student And I Love Bitlanders
I Like Racing...
Any Type Of Racing Like Cars,Bikes,etc
And I Am A Active User
Who Buzzed Me
Who Subscribe ME
I Do BAck 100%
So Buzz And Sub Me I Will Do BAck