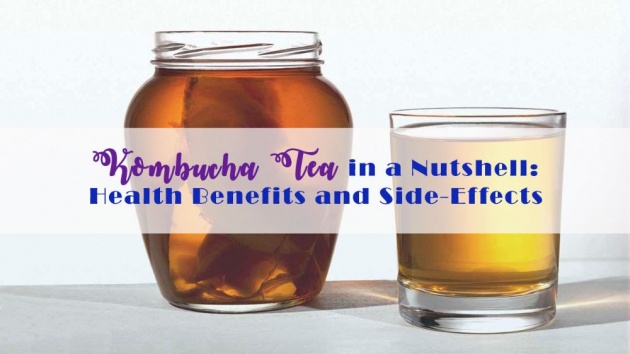 People are in love with green tea because of its touted health benefits. But, there is another type of tea with lots of health benefits too and it's not your ordinary tea--it uses a combination of yeast and bacteria. Wait! What? Bacteria? Don't worry, we're talking about good bacteria here. Ahem! Probiotics. If you're a fan of yogurt milk drinks like Yakult, then you are very much familiar with probiotics and how they work. Okay, so up until this point, I haven't really introduced the tea I'm referring to, right? My bad. I'm talking about kombucha tea. If you haven't heard about this, let me walk you through what exactly it is.

What is Kombucha Tea? 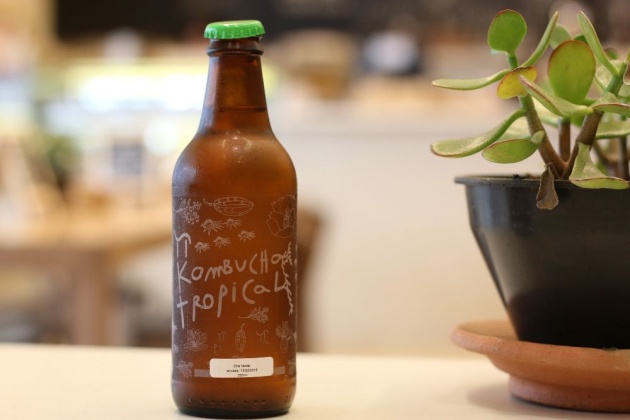 Kombucha is not your typical kind of tea. Instead of sugar or cream, it is added with a healthy amount of bacteria. That may sound daunting--because who wants to ingest bacteria, right? But like I mentioned, it's the good kind of bacteria.

Kombucha tea is a fermented mixture of yeast and bacteria.

It made by fermenting a combination of yeast and bacteria with sugar, black tea, and other ingredients. It is often referred to as a mushroom tea because of the film-like substance that grows on the surface of the liquid but it is not a mushroom per se. This potent drink has a strong taste and smell--quite similar to vinegar. Although there is no solid scientific evidence to back it up, many still believe that it has many health benefits. Its fans claim that it helps improve digestion, boost energy, and even reduce stress levels. It is normally taken orally--just like any regular tea--as medicine for many different conditions.

Kombucha contains vinegar, alcohol, B vitamins, sugar, caffeine, and other substances. It may act as an antioxidant but needs further studies to substantiate its claim that it can be used for medicinal purposes. 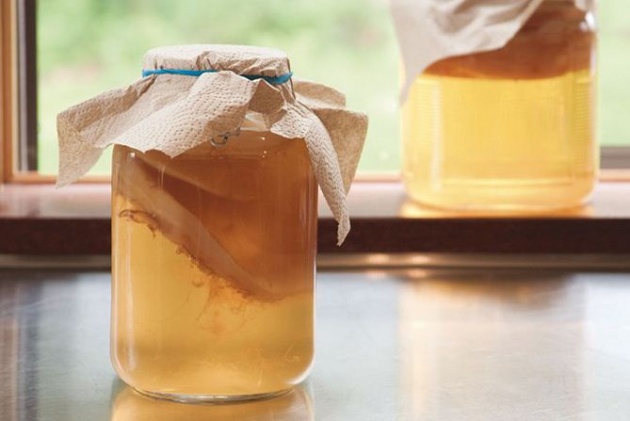 Kombucha is a type of fermented drink. During the fermentation process, a large amount of probiotic bacteria--the good bacteria-- is produced. Probiotics help make you healthier by introducing a colony of healthy bacteria into your gut. These bacteria can improve your digestion, as well as help with inflammation and weight loss. Kombucha that is made from green tea may actually retain most of the plant compounds that make it such a healthy drink.

Kombucha made from green tea may offer many of the same health benefits as green tea itself, such as blood sugar control and weight loss, among other things.

It also contains high levels of antioxidants which are known for their ability to fight reactive molecules that damage the cells called free radicals. Although there are many antioxidant supplements you can easily buy out in the market, natural food and drinks remain the best sources.

And although kombucha is made from a combination of yeast and bacteria, it actually combats harmful microorganisms because it contains acetic acid. Kombucha, which is made from either black or green tea, appear to have strong antimicrobial properties that hinder the growth of undesirable yeasts and bacteria.

Many believe that kombucha is also good for the heart and has cancer-fighting properties. It may also help manage your blood sugar to help lower your risk of diabetes.

Possible Side Effects of Kombucha Tea 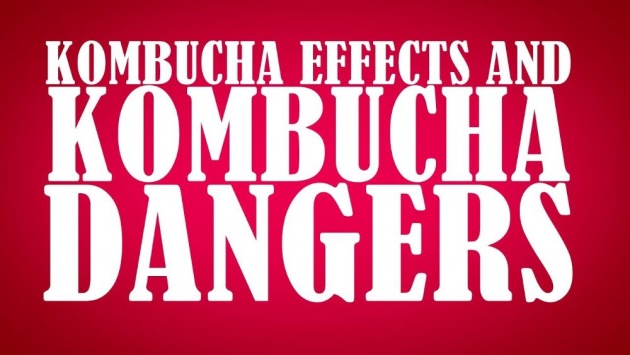 Kombucha is generally safe for most adults when taken by mouth. However, it can cause certain side-effects when it gets contaminated due to incorrect preparation, such as yeast infections, stomach problems, jaundice, allergic reactions, nausea, headache, neck pain, vomiting, and even death. Kombucha can be contaminated with bacteria and fungus (Aspergillus) when prepared in a less than hygienic location. This normally happens when it is made at home where it's hard to maintain a germ-free environment. Did you know that 20 people in Iran got anthrax infection from drinking contaminated kombucha? Yes, people. Anthrax! It's also imperative that you avoid making kombucha in a lead-glazed ceramic pot as it can cause lead poisoning. 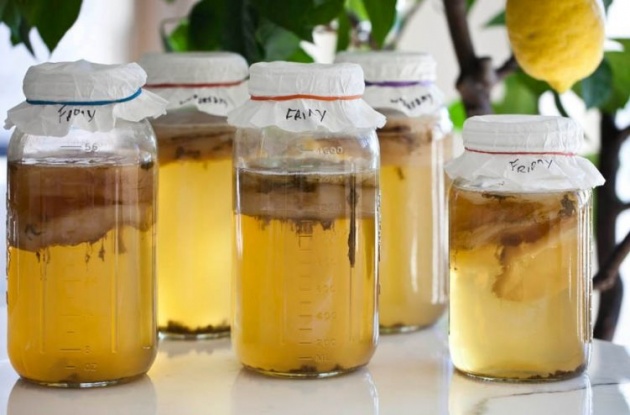 As a general rule, kombucha should be made in a completely sanitary environment where there is no possibility of contamination. However, there are instances when it is still not safe for consumption for some people even if it was properly made, sealed, and packed. People with the following conditions or dispositions should avoid kombucha.

Take note that kombucha contains caffeine. When consumed in large quantities, it can worsen diarrhea. It might also worsen symptoms of Irritable Bowel Syndrome (IBS), so it's recommended that you avoid this beverage if you are suffering from this condition.

Raw or unpasteurized kombucha tea, as the name implies, is basically untreated kombucha. It didn't go through any process or pasteurization. On the other hand, pasteurized kombucha has undergone heat treatment. Pasteurization is normally a good thing because it protects you from harmful bacteria such as salmonella. However, it may actually harm more the millions of beneficial bacteria in kombucha when heated--which actually defeats the purpose of drinking it. So, when buying kombucha, always go for the raw, unpasteurized ones if you really want to reap all its benefits.

How to Make Kombucha Tea? 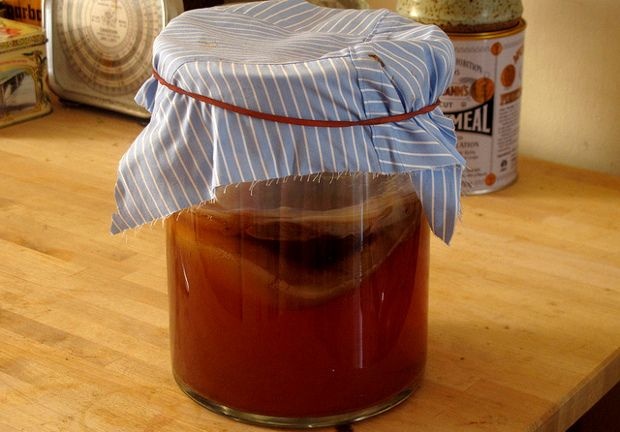 Kombucha is surprisingly very easy to make, even at home. It only requires sugar, tea (black or green), and an active starter culture of bacteria and yeast. The culture--also referred to as the "mother culture"-- is combined with the tea. Let the mixture sit for 10 days until a thin colony of bacteria--called the SCOBY--forms on the surface of the liquid. 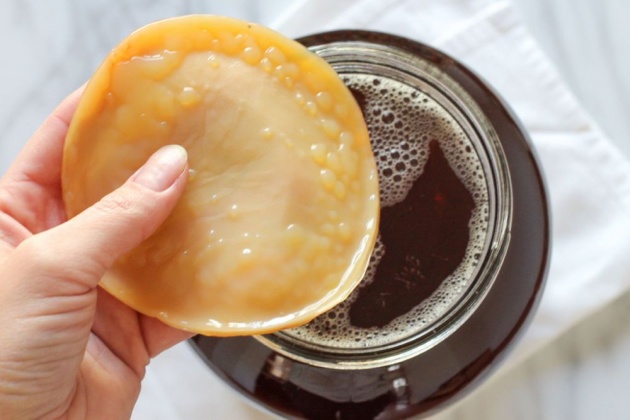 After the completion of the fermentation process, a new culture is formed. This new culture can now be scooped out and used to make other brews. The remaining pungent beverage is now ready for consumption. However, before you start brewing your own kombucha at home, make sure to exercise extreme hygiene to avoid contamination. If you cannot ensure a germ-free environment, it is best that you do not attempt making kombucha.

Here's a video from the Brothers Green Eats channel on how to ferment kombucha.

Kombucha tea is not your regular tea. It contains most of the beneficial effects of the plant compounds found in the tea used to make one--and at the same time have other ones on its own. Since it is a fermented drink, it is a rich source of good bacteria called probiotics--which is very good for the gut. You should also take note that kombucha contains some alcohol. So, there you go. Kombucha tea in a nutshell.