So how many of you play the hit indie game Minecraft? Because it is a very fun game, but it is also a very interesting platform to be extended. Think about all the mods that have been created and all the ideas and creations that have been seen in the Minecraft world, all signs that show just how useful a creative outlet it is. Now we wonder, could we use Minecraft to teach ideas and new skills? The answer is yes and is already in the process of being worked on and is available to teachers, MinecraftEdu, unfortunately you also need to pay for it. That is of course you need to purchase Minecraft to use MinecraftEdu.

Luckily if you already own Minecraft you can make use of some free mods to learn programming also. Enter in ComputerCraft (or for even easier start: ComputerCraftEdu), a mod that adds simulated computer systems into the game. These computers can be programmed using the Lua programming language, which has a simple syntax and is easy to learn. Lua has quite a few applications theses days, thus making it a good beginning language and a useful language on top of existing ones. The best way to use ComputerCraft is to combine it with other mods, especially tech mods, that give you more ways to use ComputerCraft computers to interact with the world. As a bonus ComputerCraft also comes with what are called Turtles, a throwback to the Logo programming language, that are like programmable robots that can perform many useful tasks while being capable of roaming around.

Another possibility, albeit a bit harder for beginners in many ways, is the RedPower 2 mod. RedPower comes with a 6502 cpu based computer simulation, this makes for some very interesting possibilities. The computer is much more complex in structure and design, requiring it to be built form multiple blocks in game and a disk image of MineOS that implements the Forth programming language. It is interesting to note the separate disk image used for the OS, the way the computer works is it is programmed in assembly and can load assembly programs from disk. This gives away to possibilities of running different systems on it, for example ibm5100.net/redpower/ has compiled and improved Microsoft BASIC to run from a disk giving players the option of programming in BASIC instead of Forth. In short more possibilities but increased complexity.

Let me know what you think and if you know of any similar projects in the comments. 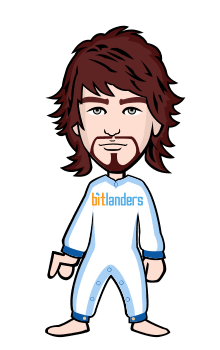