Let Me Speak Today (From the heart of an Engineer)

Let Me Speak Today
(From the heart of an Engineer)
Can you just Imagine the feelings When people think about you that how lucky and Genius he is that he is studying the Engineering. And how much one could be proud of such response from his society? Living with such a dignity one might feel that if he is actually flying on the Seventh Sky. Within his family and friends he might be resembled by a King in his people. How a beautiful feeling is this.
Now just imagine the actual life of an engineering student. Actually all his respect can be described by only one sentence written in the Cabin of his teacher
“When Rape is inevitable Enjoy it.”
Also have a look at his life after Engineering; actually it has also been described by People in a way like this
“It takes four years to make an engineer from a human, and then even by consuming all his remaining life you can’t turn him back to the human.”
in the language of Chemistry it is an irreversible reaction. :P
Do you know that the law stated above actually holds? If you are an Engineer then there is no need to prove it, but if you are not just marry an Engineer it will automatically be proved.
Let me elaborate it in some simple words that an Engineer Sacrifices all his nights and days, all the money of his guardians, Four very precious years of his life (That after these four years mostly Engineers might feel that they have lost their youth.), most of Engineers even lost their previous friendships, While there brothers and sisters are enjoying in home he is preparing himself to get raped again by his teachers, there is a lot more that I can’t describe here, for that you will have to get admission in an Engineering College.
But the question is that why? Why he do so? Why he sacrificed all this? For all that respect mentioned in 1st Para. Have you any idea that why there is such a respect is in his society?
It is just because of the expectation that he surely will get an excellent job immediately after completing his Engineering.
Now you just imagine one more feeling that when people not mare glaze on you but they actually spoke up that look at the guy how lost all the money and time, He wasted all that, have a look at his capabilities, all his Engineering is limited to blaw blaw blaw ….

But it is not only about what other people says, the time comes when his own closest relations might have the same point of view or the situation may become even more worse than it. And what should they do? all their hopes have gone now.

Do you know why this happened? Because if today you are a fresh engineer and your father has not long hands then it is dam sure that you are jobless or if very luckily you found one it surely will not according to you qualifications.

So tell me that who is responsible for all this? The Government for her negligence in industrial growth? The Institutes producing rapidly increasing No. of Engineers? Or it’s the Engineer by self? Just tell me who will pay for all the distress emerging from the heart of a poor adolescent? 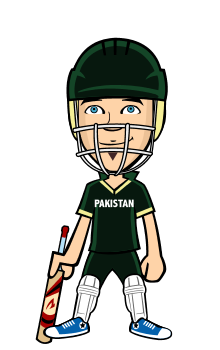