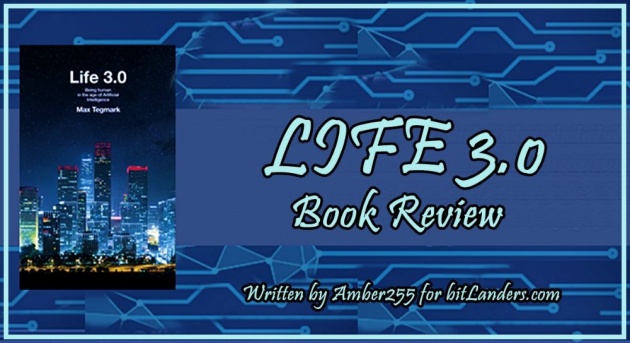 Being a fan of reading, I often visit book shops. Actually, I knew nothing about this book; just took it in my hands from the shelve, read what about it is, and felt surprised to find out this is a world known bestseller. Of course, I bought it; and here is my review of LIFE 3.0.

Computers in the near future can push people out even in the areas of law or diagnostic medicine. So artificial intelligence is today one of the most exciting topics discussed in detail in LIFE 3.0 by Max Tegmark, one of the most famous contemporary physicists of Massachusetts Institute of Technology.

This is the most important conversation of our time, and Tegmark's thought-provoking book will help you join it - Stephen Hawking.

An extremely fast developing artificial intelligence technology science fiction scenario will soon be a reality. Just don't know if a man will cope with his creation of cold logic.

More than any other developed technology, AI has a huge potential ability to change the future of all the world. And books written on this theme by scientist are very interesting and engaging.

The author of the book, Max Tegmark, is a Swedish physicist and cosmologist, professor at the Massachusetts Institute of Technology, one of the founders of the Life Future Institute.

He is an author of two books and over 200 scientific articles. His research on existential risks posed by artificial intelligence is funded by Tesla Motors founder Elon Musk. 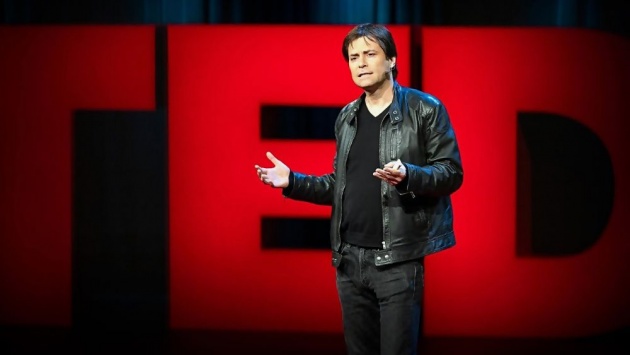 What The Book Is All About?

Now humanity is at a small revolution in artificial intelligence, so everyone should get to know the contents of this book. It tells us what can happen to humanity in a revolutionary world.

It tells us what can happen to humanity in a post-revolutionary world. The author of the book tries to be as objective as possible by examining various areas and issues related to artificial intelligence.

LIFE 3.0 encourages us to think and gives knowledge so that we can get an idea of what awaits us all. We stand on the threshold of a new era. What used to be science fiction soon becomes a reality because artificial intelligence replaces war, law enforcement, society, and even our understanding of what it means to be human. 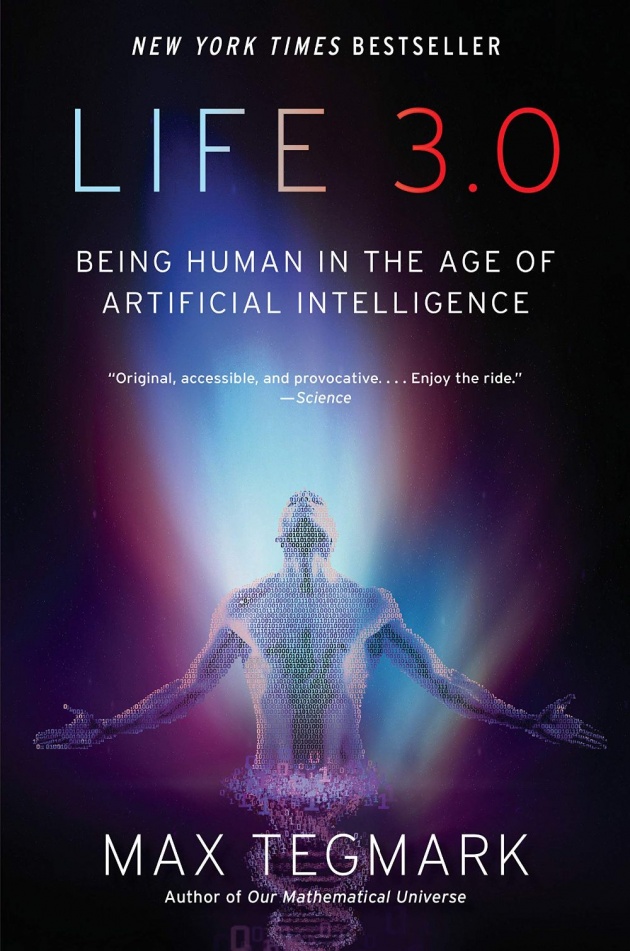 The book LIFE 3.0 gives us knowledge and a boost to think for coming up with some ideas what awaits us all.

The book by Max Tegmark is about the impact of artificial intelligence on the future, the prospects for the development of high technologies, the enormous opportunities, and risks that are inherent in them.

In order to illustrate the possible ways of developing artificial intelligence, Max Tegmark resorts to fiction. He begins the book with a story about how in a large company, at the initiative of management, a team was assembled called Omega, working to create a common artificial intelligence capable of performing the same tasks as a person.

Soon the team achieved its goal - the first general artificial intelligence that got a name Prometheus. It was constantly learning something new, improving its abilities, although it was lagging behind people in some areas, including social skills. But this did not disturb its creators. They decided to improve the specific capabilities of Prometheus in such a way that it itself could program artificial intelligence systems, independently improving self, and doing it faster than humans. 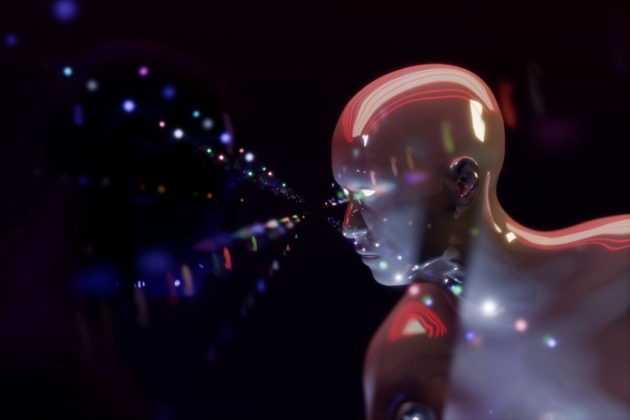 The creators downloaded a huge amount of information into it so that it could process it and learn. Then they began to successfully use trained Prometheus to make money, including to create cartoons.

Prometheus's trial cartoons were clumsy as if the child was making them, but it was learning fast, and after a few days, began to create products from which it was impossible to break away. The plots of the films were smarter and more interesting than Hollywood films, they were soon watched almost all over the world, and the company's revenue increased significantly.

With the help of Prometheus, Omega created its own business empire - artificial intelligence analyzed data and issued predictions and plans based on them that were far ahead of human capabilities. At the same time, it improved its own software and designed hardware that could optimally respond to these programs.

But the company feared that Prometheus would break free, and did not give him access to the Internet. Omega began to produce the world's best computer equipment and rapidly improved technology, introducing robots into all areas of human activity. In a short time, they threw out people of jobs in many areas of industry, transport, trade, construction, agriculture, and many others.

Chat with me on Querlo chat about more books on artificial intelligence:

With the help of Prometheus, Omega began to influence public life throughout the world. Artificial intelligence gave the company advice on the optimal use of human resources, on the use of local politicians to conduct the Omega line. And soon their secret media empire decided that it was ready to conquer the whole world with the help of Prometheus' super intellect.

I could continue and tell you the whole story, but I want you to read this book, so I will tell only that soon, thanks to the efforts of Omega and with the help of Prometheus, a semblance of a world government arose that concentrated all the power. How will Omega use this power? What is its plan?

Max Tegmark believes that he described the future and not very far away. High technologies, especially artificial intelligence, give us endless possibilities but also pose a threat. They can lead us to incredible prosperity or provoke a global catastrophe. It all depends on how we use it. 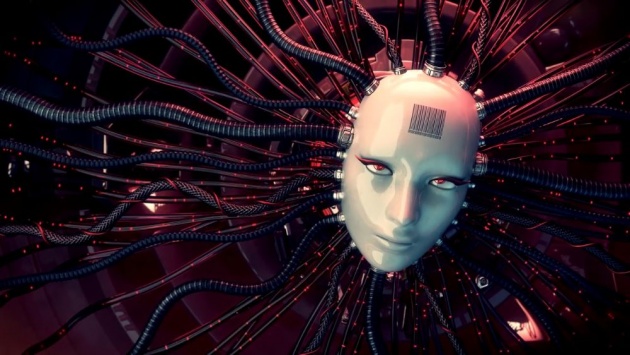 All Life Forms Are Limited By Their Biological Clocks

Tegmark tells how our Universe was born as a result of the Big Bang.

In the beginning was not a word, as the Bible says, but light. It was generated by elementary particles, and later, the weak sound's waves appeared. The universe expanded and cooled, particles merged into more complex objects. Atoms emerged, then the first stars and galaxies. The universe learned to reproduce new objects.

Max Tegmark believes that life can be viewed as a self-replicating system that determines the software and hardware of all objects. 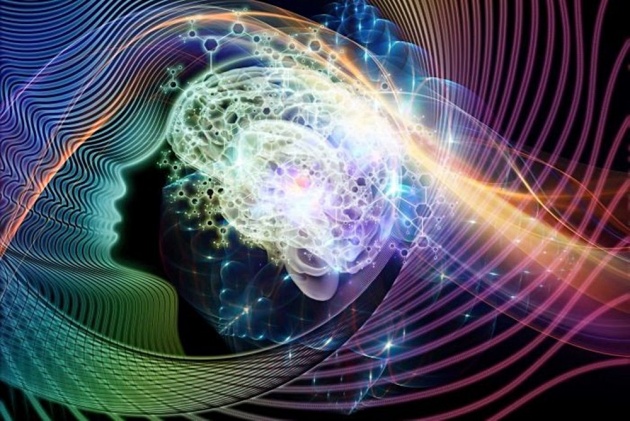 People relate to life 2.0. They can change their software continuously improving it and partly can improve hardware. That is, they can increase the longevity of their physical body and the capabilities of the brain, but here their capabilities are severely limited.

The software includes our abilities, knowledge, and skills. The foundations are laid from childhood but have matured; we can improve them at our discretion: learn a foreign language, learn a new profession. Therefore, we are much smarter than the representatives of life 1.0.

There is also life 1.1, to which we can attribute such as mice or other animals. They can learn many skills, but they are not able to invent their own language and invent something. And if there is no language, they cannot transfer knowledge to the next generation, and with the death of an intelligent individual, his skills are lost for the rest.

In addition, life 2.0 is better adapted to the environment. If life 1.0 falls into a modified habitat, it can only adapt to it after many generations. Life 2.0 with the help of the software, adapts quickly. Having learned that we are allergic to some product, we avoid it. In bacteria, antibiotic resistance develops for a long time. 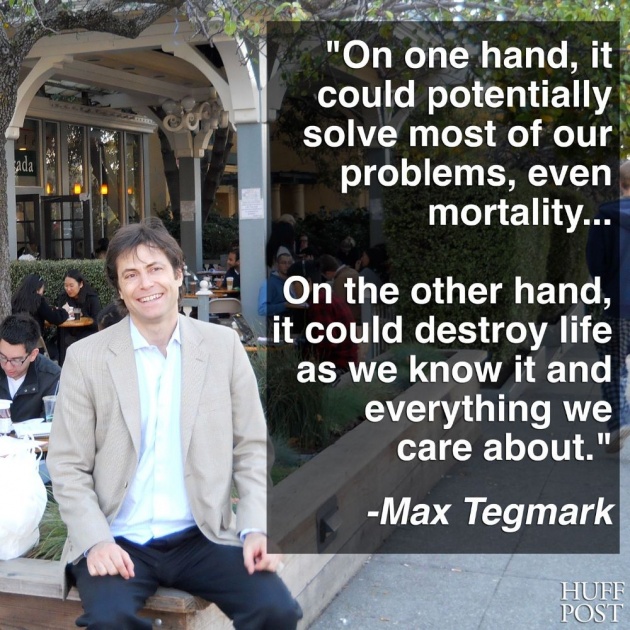 When the language module appeared in our software, we learned to exchange information, store it in the network, so that at any moment anyone could use it. And the process of improving our software and its modules occurs continuously.

But with our hardware is not so good. And it's not just the finiteness and shortness of life. Our brain cannot accommodate all Wikipedia, all scientific knowledge, our bodies do not know how to teleport and travel in space without a spacesuit, and underwater - without a diving suit. This greatly limits our capabilities, despite how perfect our software is.

Although Tegmark believes that we can be categorized as 2.1 in part - we have slightly advanced hardware updates: such as the implantation of worn joints, teeth, and pacemakers. However, we cannot prolong life indefinitely, increase growth, or increase brain productivity by several thousand times. 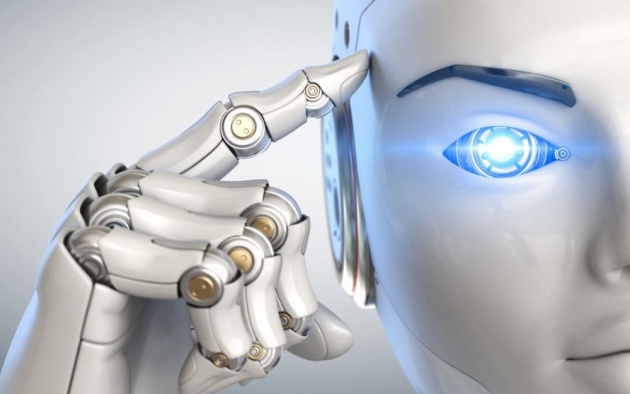 Unlimited Possibilities Will Be Characteristic Of Life 3.0, Independent Of Its Biology

Tegmark believes that life 3.0 will allow people to design not only software but also hardware, interrupting the centuries-long dependence on evolution.

All three stages of life have the ability to design themselves. Life 1.0 has the biological ability to improve its software and hardware. Life 2.0 goes through cultural stages, improving itself and constructing, but still retaining its dependence on its own biology.

And life 3.0 (technological stage) will be completely free from these restrictions, developing its software and hardware. And it will be embodied in general artificial intelligence. When will this happen and what will it lead to?

This should be a friendly intellect, whose goals are completely identical to ours. Representatives of the beneficial-AI movement suggest that artificial intelligence may appear in the next hundred years, but it is necessary to strictly monitor research in this area for security purposes.

It is necessary to work on the creation of artificial intelligence since progress cannot be stopped, and if not modern scientists, then future generations will definitely engage in the creation of life 3.0. And, therefore, it is necessary to hold discussions on artificial intelligence as often as possible so that its enormous possibilities do not turn into a catastrophe for humanity. 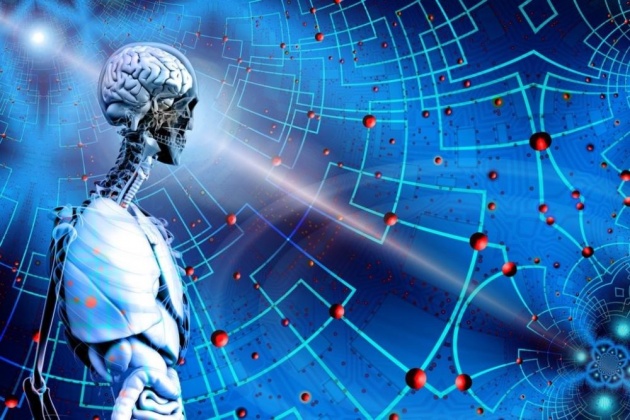 The author explains to all of us how to force AI to work for our well-being, separates myths from reality, utopias from dystopias, and moves us to a new level of life. AI is our future. But what the future we want? Will superhuman intelligence become our slave or ruler?

The biggest power of a computer is the ability to learn and develop. Through depth learning, artificial intelligence is already writing films scripts. Then there are ethical questions about crowding out professions - will we eventually be replaced by robots? 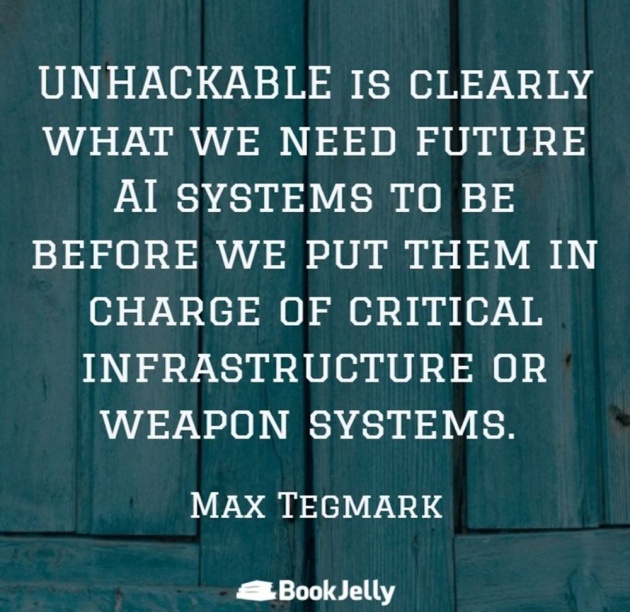 The book of Max Tegmark will give the reader a comprehensive understanding of artificial intelligence, its merits, and the risks associated with its development. Its possibilities are almost endless, and we just need to make sure that they are not used for destructive purposes. He can completely change the history of civilization and life on Earth, and, therefore, our task is to make sure that these changes are for the better.

After all, we create artificial intelligence, and we create it for ourselves. We would be completely silly if our work makes our life only worse.