I'm really hopeful about the future of space exploration and human spaceflight. Civilization as we know it has been defined by exploration. You know, we need to go off and find out what's around the next corner and what's just beyond what we already know. It's part of our being; it's part of our moral fiber to go off and explore.

The man has always been an explorer. In the early days, he left home to explore caves, valleys, and forest. Later he traveled over lands and across rivers and seas. Then, he explored the air. Today, man is exploring space in search of the unknown.

The environment in the space is very much different from the earth's environment. For one, there is almost no air in space. We know what is the effect of an airless environment have on a man. 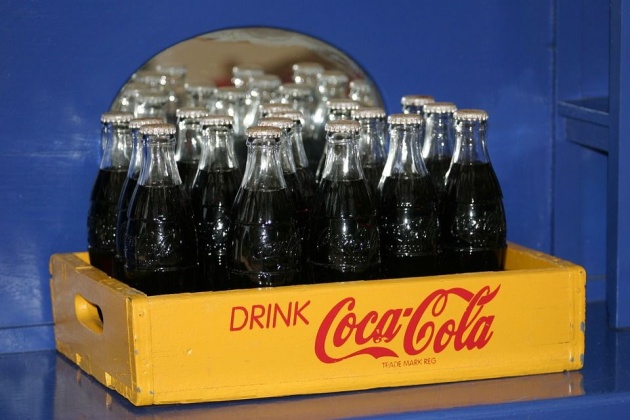 Courtesy of the image

On the surface of the Earth are millions of upon millions of air particles that have weight. Because of their weight, they press on everything on earth. This is called air pressure. There is square pressure on every square centimeter of our body surface. Our bodies are adapted to a certain amount of air pressure. Without this pressure of air, the gasses dissolved in our body fluids- oxygen, nitrogen, and carbon dioxide.- will boil just as the carbon dioxide in a soft drink boils as the bottle is opened.

To protect man from the pressureless environment in space, air is put into the cabin of his spacecraft. The spacecraft is kept airtight to keep the air inside. The air inside provides just enough pressure to prevent the dissolved gas in his body liquids from boiling.

When an astronaut leaves his cabin for a spacewalk, he has to put on his spacesuit to protect him from the pressureless environment of outer space. His spacesuit provides the pressure his body need while out in space. 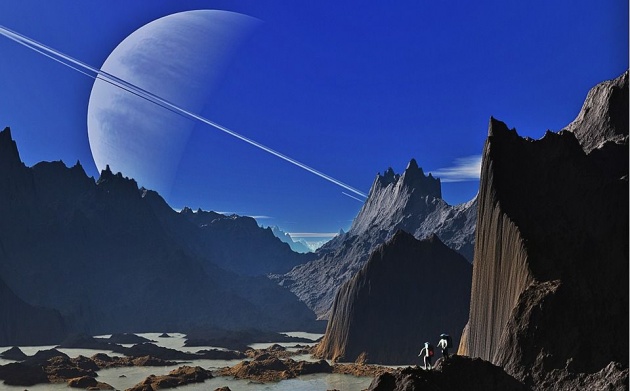 There is no oxygen in space. When an astronaut goes out in space, he has to carry with him the oxygen he needs to breathe. If an astronaut walks into space without oxygen, he will suffocate to death.

You breathe it every minute, but there's hardly any molecular oxygen—otherwise known as O2—in space. In 1998, NASA even launched a satellite that was supposed to find lots of molecular oxygen but never did—except when scientists, worried that the instrument was faulty, aimed it at Earth. 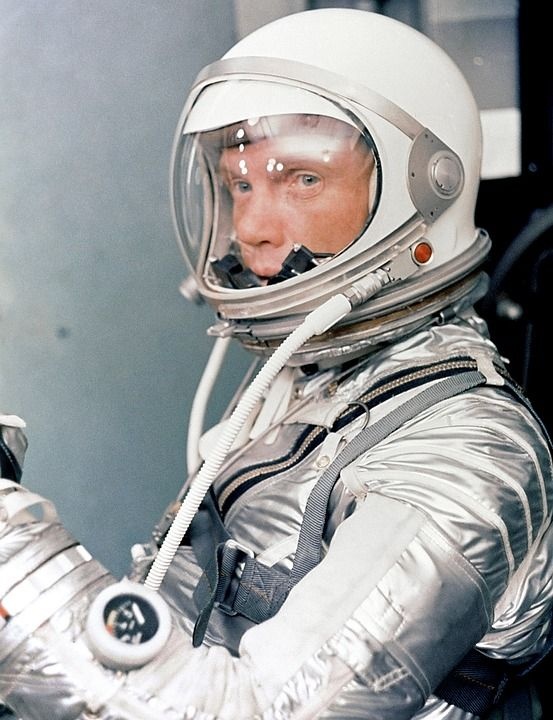 Astronaut John Glenn, the first American to Orbit Earth, experienced weightlessness for about five hours while flying in orbit aboard the space capsule "Friendship 7" in 1962. Cosmonaut Yuri Romanenko orbited Earth in his Soyuz capsule for 326 days. Other astronauts stayed in space for short periods. They all reported that the feeling of weightlessness was a pleasant one. It was found that weightlessness causes of loss of muscle tone and loss of calcium from bones and that it has other effects on the body systems. The scientist is still studying how long man will be able to endure weightlessness.

The problem of Wastes on Space 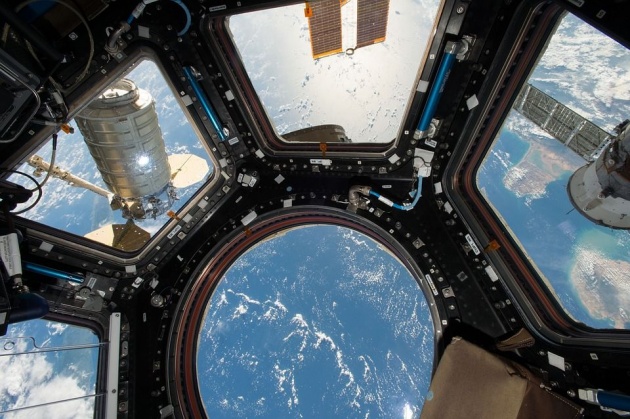 Courtesy of the image

Wastes gases such as carbon dioxide and water vapor have to be removed from the astronaut's cabin. Chemicals are used to remove wastes gases. Water vapor is removed by allowing it to condense on a cold surface. The condensed water can be used again as drinking water. 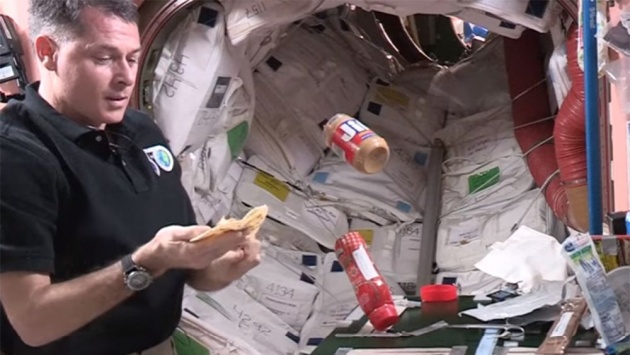 Food cannot be taken in by an astronaut the usual way while on board of his space cabin "parked" in outer space. He cannot use a spoon to bring food into his mouth because the food will float freely within the confines of the space cabin even after the spoon has been put into his mouth. His food, therefore, must be packaged in squeezed tubes so that all he has to do is to put the opening of the tube into his mouth and squeeze the food to get to his mouth. 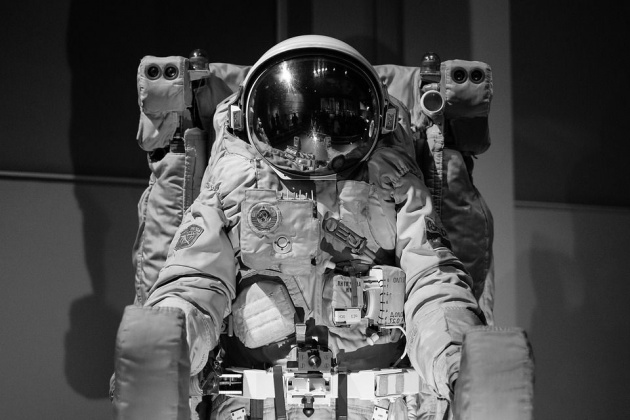 An astronaut has to be protected from the extremes in temperature while in outer space. His space cabin isolates between the inner and outer walls. It is provided with air conditioners to cool and dry the air that circulates in his cabin. His spacesuit is also provided with cooling and drying systems to keep him comfortable.

Some parts of space are hot! Gas between stars, as well as the solar wind, both seem to be what we call "empty space," yet they can be more than a thousand degrees, even millions of degrees. 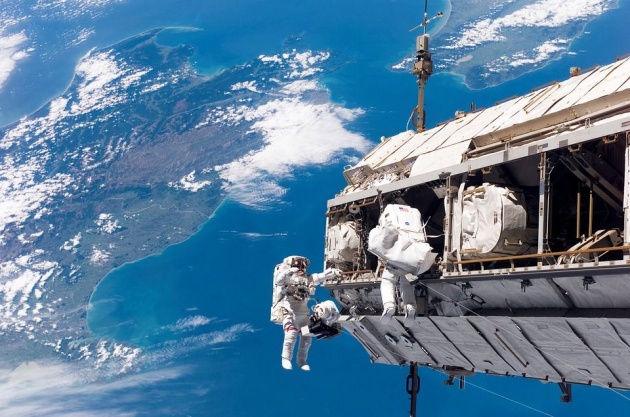 In 1971, the Soviets launched the first space station, Salyut. It was occupied briefly by three cosmonauts. 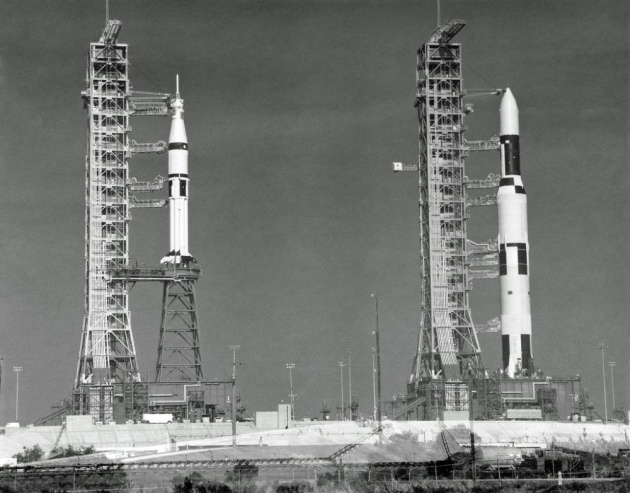 Skylab 1 was the first American space station. It was launched into space on May 14, 1973. On May 25, three astronauts flying aboard on Apollo spacecraft went to the Skylab and spent the next 28 day in it. While there, they worked 12 or more hours a day and took unplanned spacewalk to repair their spacecraft. They took thousands and thousands of pictures of the sun and earth.

In 1987, cosmonaut Yuri Romanenko spent a record 326 days in space.

We live in the space age. Man's achievement in the area of space exploration has provided us a vast store of information about the moon and the stars, the, and outer space. They have given us a better view of Earth, our planet. Who knows, the time may come when the flight to the outer space will become as common as flying to and from any point of the Earth's surface!