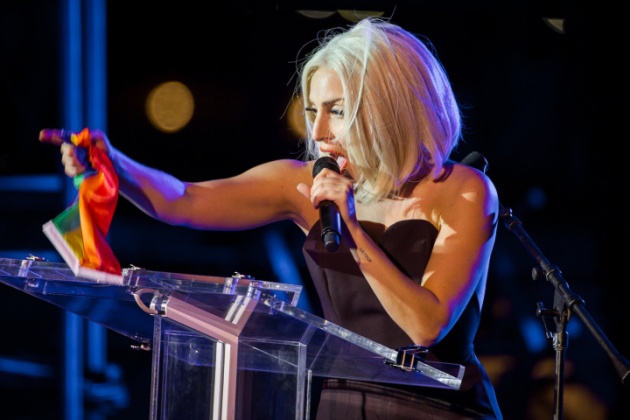 Hate to be the bearer of bad news, but Lady Gaga fans are in for some disappointment: they won’t be seeing Mother Monster perform in a giant Doritos vending machine at SXSW this year.

The City of Austin has denied the necessary permits for Gaga to play the Doritos Stage, an outdoor venue set up in the parking lot of an Italian restaurant and designed to look like a Doritos vending machine, Austin 360 reports.

While the city tends to allow a lot of leeway for events during the ever-expanding festival that takes over the city each March, an invasion of Gaga’s Little Monsters fanbase was too much for the city to safely allow.

“Our conclusion was based primarily on public safety concerns,” said Don Pitts, manager of the City of Austin Music & Entertainment division, whose office is in charge of permits for SXSW events, speaking to Austin 360. “We look at the size and capacity of the location covered by the permit being sought and how it fits with the anticipated attendance, based on event capacity and promotion. At the end of the day, it’s a parking lot.”

Don’t give up hope of standing in line for hours for a chance to see Lady Gaga erupt from a giant bag of Doritos, though. Pitts told Austin 360, “We informed the applicant that we would support relocation to an established venue with the necessary permanent infrastructure.”