LSD: How it has improved my life

Prior to my first time ever using hallucinogens, I was sent away for depression, anxiety, and substance abuse to a wilderness program. At that time in my life, I was not in a good place at all obviously, but I also didn't quite understand it. Now I know that it is recommended to stray away from hallucinogens and psychedelics if you have a history, or if anyone in your family has a history with mental illness, and I now know why, but I got past that point after continued usage. There was only one trip that I had that made me want to take caution with the drug, but it also built a respect for LSD that I think is very important to have and understand when taking the drug. I was at a concert, and decided to take a tab before seeing them perform. I hadn't yet tried these tabs because I got them through a new dealer. I took the entire tab, and within 30 minutes started feeling the effects which I knew was unusual because it usually took about just under an hour to start feeling the effects when ever I had taken it before. They started coming on faster and faster, and I knew this was going to be trip. Going into the concert I was all ready tripping very hard and unsure if I was okay or not because I had never tripped so hard. I was lost, I couldn't control what was coming out of my mouth and for majority of the time didn't even realize I was talking out loud, in front of cops, and normal pedestrians walking the streets of Denver which was not good because obviously I was talking about the trip I was experiencing and if the wrong ears heard what I was saying- it could lead to trouble. Always when we got to the venue, I still had ecstasy in my bag that I didn't take because I was tripping so hard and didn't need it. Long story short- I ended up tripping really hard and somehow got the ecstasy in after my friends went in with out me and a cop was watching me tweak out in an ally trying to figure out how to get it in after I ran out of the bag check line with sent me into an awful trip that I managed to pull myself out of once I got inside (somehow). Once inside I took the ecstasy during the show and started candy flipping, and within an hour was throwing up and very sick and having a very panicky episode in the bathroom to walk out and run back into the concert because a cop was coming in to get me. I believed that everyone in the concert, including my friends and the cops were tripping and conspiring against me to fuck my life up. After that, I was able to pul myself back into reality after two days of constinued hallucinations that I couldn't differentiate from reality.

Anyways, after experiencing that, I gained respect for the drug because I saw how powerful it was and the day places that it can take you. I experimented with the drug again and had a wonderful trip. From there on out I was able to have good trips. These consisted of realizations that I came to about the world and m family and life, and especially about myself. It made me want to become a better person, it took me away from getting shitafaced every weekend and blacking out and doing hard drugs to a place where I took LSD to enhance and open my mind to the world around me. It made me want to improve things with my family and helped me to do so. It opened my mind to the natural beauties of life and the world around me and gave me an appreciation for all of it as well. I strongly recommend LSD if you are open to these things because with out it, I would be messed up on pills right now. 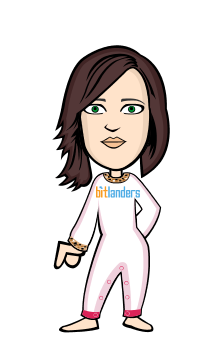 Bones - The Promise in the Palace

Image Credit: Fox via Wikipedia "The Promise in the Palace" is episode seven of season eleven of Bon…