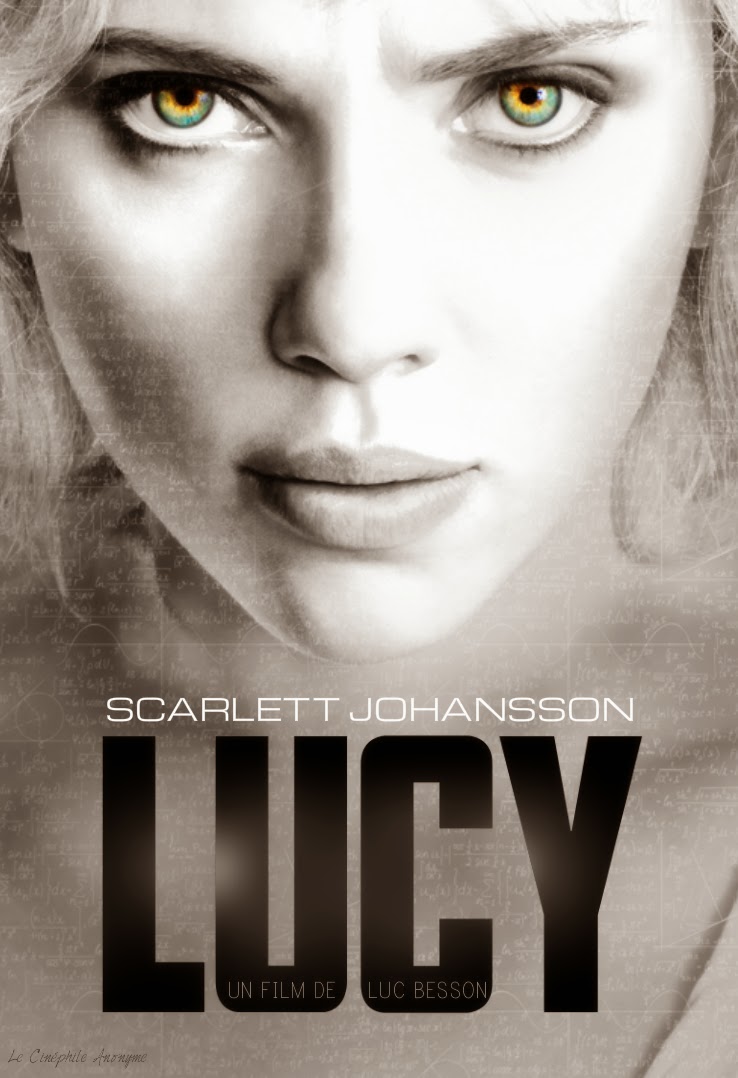 There's an urban legend which states humans like you and me use only ten percent of our brain capacity for our entire lifetime. This includes Albert Einstein, which is really mind-blowing because we know what Mr. Einstein's contribution. But that has been debunked by the way.

The movie that I am presenting to you today deals with this theory and the probabilities of extending this brain capacity to 100%, what could happen to such person who would be able to extend it to its fullest? Let's now start looking into Lucy! This is in support to "The bitLanders Film Series" to Support Women Empowerment.

In relation to that, please participate in this Querlo chat about women empowerment:

Lucy is a 2014 English-language French science fiction thriller film written and directed by Luc Besson and produced by his wife Virginie Besson-Silla for his company EuropaCorp. The film was shot in Taipei, Paris, and New York City. It stars Scarlett Johansson, Morgan Freeman, Choi Min-Sik, and Amr Waked.

Johansson portrays the title character, a woman who gains psychokinetic abilities when a nootropic drug is absorbed into her bloodstream. Information from wikipedia.

Let's watch the trailer here below:

Time gives legitimacy to its existence. Time is the only true unit of measure to give proof of the existence of matter. - Lucy

A common girl named Lucy, based in Taiwan was entrapped by her friend to relay a case which contained packs of Methamphetamine crystal drugs. When she woke up, she realized she's now a human drug trafficker with drugs inside her body. She then being transported but during the process, she got hit in the stomach by one of the Taiwanese guys and this caused the drugs to collapse inside her body and mix with her blood cells and without her knowing, it had changed her perspective and character, an entire switch from the full of drama person to a non-emotional person.

She then began looking for someone who can help her while also looking after the other persons who had the drugs so she can consume them all as well.

As the movie progresses, Lucy began increasing her brain capacity developing different psychokinesis abilities to the point of being able to read on digital transmissions and listen to phone calls from where she's standing. She even was able to control minds and bodies to the point of becoming indestructible as she can incapacitate other armed men! She could read and understand different languages, can drive tremendously fast without even turning the vehicle over and a lot more.

Then comes Professor Samuel Norman, a well-known scientist whom Lucy thought could help her with her situation, she started providing evidence of her capabilities and explaining to them the very essence of being human. That time is the ultimate measurement of the existence of matter. She has no idea what to do with the complex knowledge she now has obtained.

Lucy began transforming into this black liquid substance which eventually turned into an advanced computer and then into a USB stick whilst she disappears! Professor Norman keeps the stick and end of the movie as the villains were killed.

"Ignorance cause chaos, not knowledge."

The different locations, the civilizations, time teleportation, thrill, and actions presented within the movie will positively keep the audience entertained for a while until such movie's near end time where Lucy started becoming an abstract piece of rubber liquid with a shiny texture forming itself into something that is unimaginable! A USB stick as she explained before disappearing, she will keep all of her knowledge in a memory device.

I had watched this movie twice if my memory serves me right. I like Scarlett Johansson as an actress, I had watched several movies of her most especially those action-packed ones like Marvel Studios' The Avengers!

It takes a lot of brain muscle activity to fully grasp what could this movie mean and what was in the mind of Luc Besson, the writer and director of the movie when he wrote it.

According to him, it was more than a decade ago when he had this opportunity to talk about intelligence but he had little idea about the subject, even labeling himself as "not intelligent" to really grasp the meaning of such term. It was only when he met a couple of Nobel Prized scientists about cancer cells and he took all those information he had noted which inspired him to create a film out of those data.

With that as the inspiration, the writer was able to create Lucy. But it was a little unrealistic because the hypothesis of 10% brain capacity has already been debunked years ago. But again, it is a fictional movie so let's go with the flow plus Mr. Morgan Freeman acted like the best scientist and professor that all he was stating in the movie was very intriguing and persuasive as well at the same time.

But it was also a little mind-boggling because of how Lucy's character had developed into someone else who was very different from the first person presented in the initial portion of the movie.

Also, those part of switching from a different location to another, teleporting from this mountain to a new city and even the part of where Lucy just throw up the white light rays was a little funny but I was not sure if I should laugh about it.

Anyway, if I should state my favorite parts though were those car race scenes. It was so much fun to see cars flying here and there while Lucy was just chill and cool while driving stating that she never had driven her entire life. That poker face was on point!

But aside from Scarlett Johansson, I also like how Choi Min-Sik acted as the villain of the movie, he for sure acted very well to the point that I could see these guys like drug dealers, that means a good thing because he had acted persuasive enough.

In the end, I had this 50/50 feel to this movie because I liked its action most especially at the start of the film but when Lucy began evolving into a weird person who can control things and all, things started to become boring to me because of the thought that the 10% theory has already been proven untrue.

Also, it was a little scary thinking if she can be everywhere which she stated at the end of the movie stating she is everywhere, does it mean that she can be equal to God because she can control things from electronics and etc? What do you think? 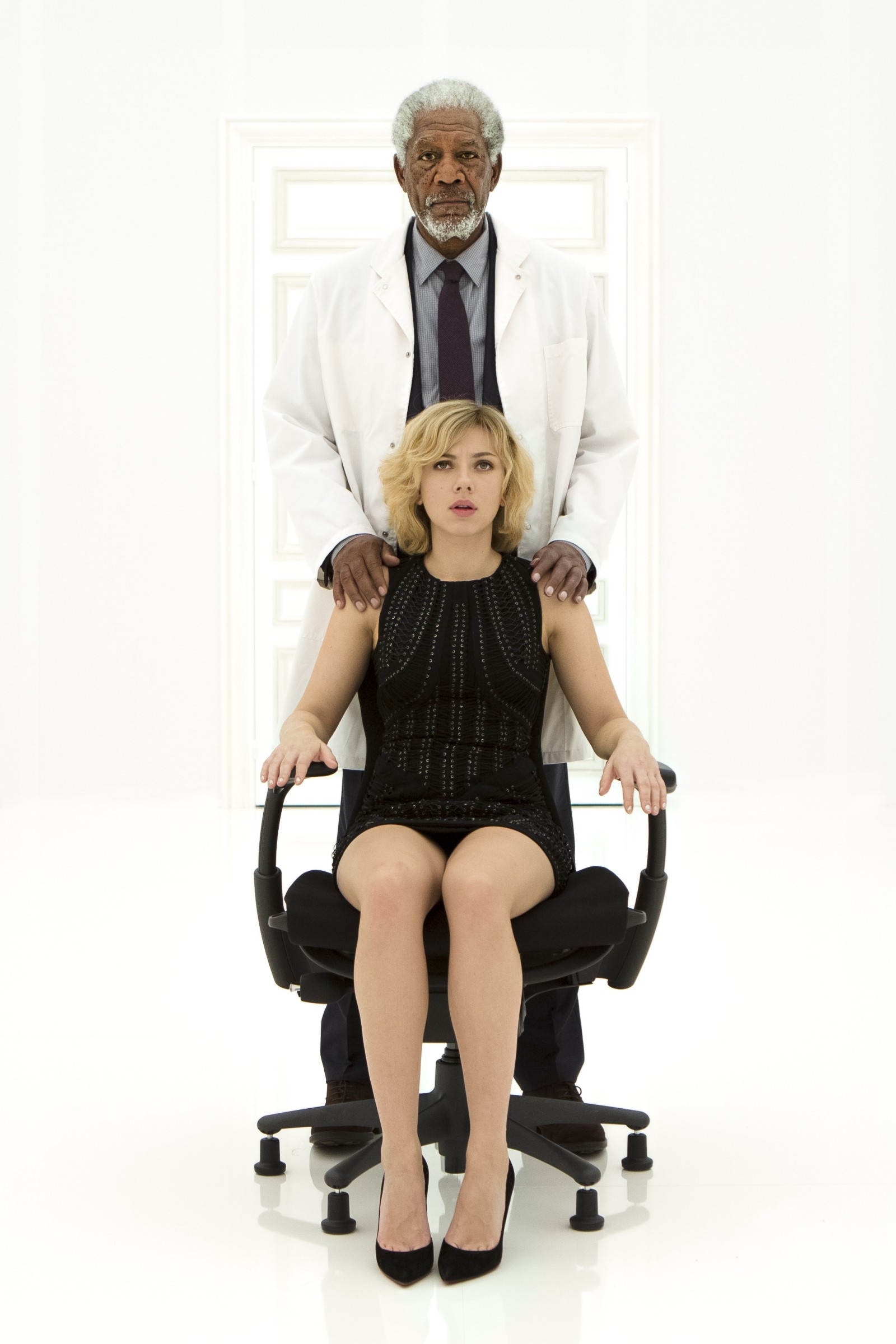 Anyway, let me just close this Lucy blog review to what she said at the later part of the film that states:

"Life was given to us a billion years ago. Now you know what to do with it."