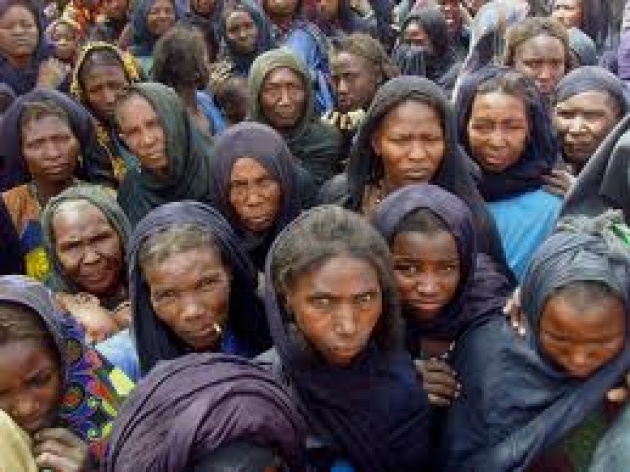 Afghanistan has a tumultuous past. Throughout history, Afghans have endured multiple invasions coming from the most diverse backgrounds. Macedonians, Mongols, British, Russians, Taliban, and now Americans have all tried to conquer, subdue or at least influence these tenacious people from Central Asia, owners of a land that is mostly desertic and mountainous.

At the end of September 1996 Kabul fell to the Islamic fundamentalist political movement of the Taliban, and Afghanistan entered a five-year period that would ended with the US invasion at the end of 2001. The current war in Afghanistan is the result of that attack, and is the United States' second longest running war after the Vietnam war. During the time the Taliban held power, most basic human rights were annihilated, especially for Afghan women. The Taliban imposed a strict interpretation of the Islamic Sharia law, restricting the freedom of most of the population. Listening to music and watching television were banned, priceless architectural monuments - like the two giant Buddhas at Bamiyan - were destroyed, and thieves were punished by having one of their hands or feet amputated. Strict physical punishments were carried out on anybody trying to resist, including sentencing the offender to death. Nobody really knows how many Afghans - especially women - were executed during that time span. The Afghan government - together with the NATO troops - is still working to isolate this radical group, but some rural areas are still under their control.

What's currently happening in Afghanistan often makes the first page in most newspapers, but this country is not the only place in the world in which islamic fundamentalists are operating. Recently, we are reading more and more about Mali, a country in western Africa, afflicted by a war that is decimating its population. Most of the rebels controlling the northern half of this country are affiliated with al-Qaeda, the global militant Islamic organization now currently engaged in conflicts around the globe. These radicals overpowered the local Tuareg, and started applying a strict interpretation of the Islamic Sharia law. As a result, the life of the Malian people took an abrupt turn, as they found themselves more and more repressed and limited in their freedom. Watching television and music were banned, to the point the ring tones on mobile phones that are not Koranic verse readings were also banned. Timbuktu's historic tombs and shrines were damaged. Amputations, floggings and public executions started to be implemented. Does this sound familiar?

The Taliban movement and al-Qaeda are not the same organization. The former is indigenous in Afghanistan, while the latter operates all over the world. The second was founded and lead by Osama bin Laden, while the first harbored him after the September 11th 2001 attacks to the US. However, they were both allies during the years in which Afghanistan was under Islamic fundamentalist rule, and both share similar ideologies. The repression of women is the centerpiece of their implementation of the Islamic Sharia law. All of the sudden, Afghan women found themselves in the situation in which they were not allowed to leave their home without wearing a dark burqa, and had to be accompanied by a male relative. Girls were forbidden to attend schools, and women were banned from jobs. They couldn't speak - or laugh - loudly in public, so that their voices could not be heard by strangers. They couldn't wear high heels or make any noises with their shoes, so that their footsteps could not be heard either. Photographing, filming or displaying pictures of females in newspapers, books or at home were all banned. Any place carrying the word "women" was modified. They weren't even allowed to appear on their balconies of their apartments or houses. Women's presence on radio, television or at public gatherings of any kind was prohibited. They couldn't ride bicycles or motorcycles, but only buses just for females. Cosmetics, perfume or jewelry were forbidden. Punishments for any infraction of these rules used to span from being publicly whipped, to having fingernails or fingers cut off, to being stoned to death. This was the life an Afghan woman under Taliban and al-Qaeda rule between 1996 and 2001.

A French colony until 1960, Mali had military rulers for decades until its first democratic elections in 1992. It remained stable politically until last March, when the north started falling to al-Qaeda-linked groups. Very little is know about the current situation in that part of the country, especially the way Malian women are being treated. Al-Qaeda is not the Talibans, but they surely see eye to eye on quite a few policies, and if they are implementing a similar repression, countless women could be finding themselves in a horrible situation right now. The lack of information from the area obviously raises concern about the quality of their lives. French troops and warplanes joined the battle last week on the side of Malian government forces, but it looks like it won't be a quick fix. Help will take a while before reaching the isolated areas of the deserts of the north, and by then Malian women could have suffered unspeakable levels of exploitation and repression.