Mano Amiga graduation: a new generation with a promising future

Last Friday July 11th, 2014 was  the graduation of Mano Amiga de Chalco class of 2014, forty students finished their highschool very proudly and celebrated in a very moving ceremony in the school auditorium in front of their parents, family, teachers and friends. Adriana and I were asked to be part of the presidium alongside Lilia Garelli, the School Principal, a representative of the School Board and a representative of Anahuac University a private college that gave three Excellence Scholarships to these students. We were very moved by the oportunity to be there representing Film Annex and Woman´s Annex. 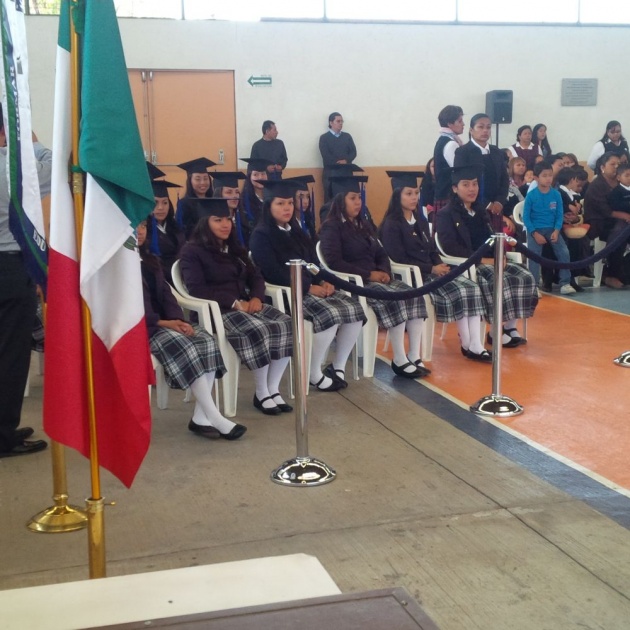 The event started with Mexico´ s National Anthem and salute to the flag, we listened to the words of Lilia the Director about the developments in the School for the year particularly the oportunity that Film Annex gave the students to practise and perfect their english through the translation program for the blogs. She gave thanks and aknowledge all the school personnel for their work and effort. Also there were diplomas to the best average grade students in math and tech being Noemi and Mario Ivan both participants in Film Annex program winners. 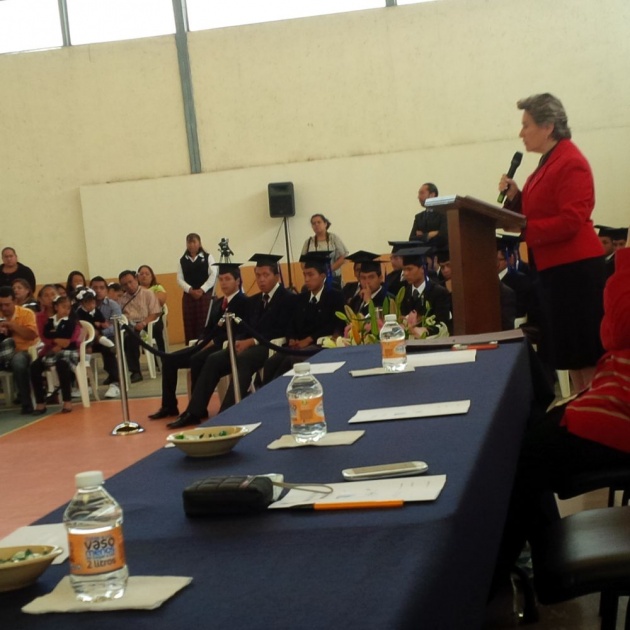 We saw a Veracruz dance by students from the School, but the most moving moment was the "passing of the light", each parent gave their daughter or son a votive lightened candle as a simbol of their effort and in turn each graduated gave this light to a preschool kid to pass the knowledge. It was the most poignant moment of the ceremony and more than one had tears in their eyes. We saw that most of the students do not have a father living with them, in most cases it was the mother and brother, sister or aunt that passed the light to the graduated. The majority of them were womens only families where a mother is the sole provider for all. 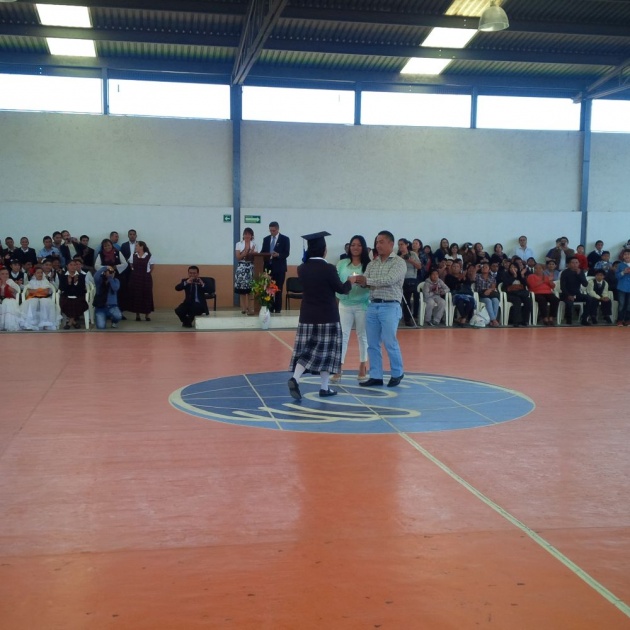 Parents passing the light to their daughter 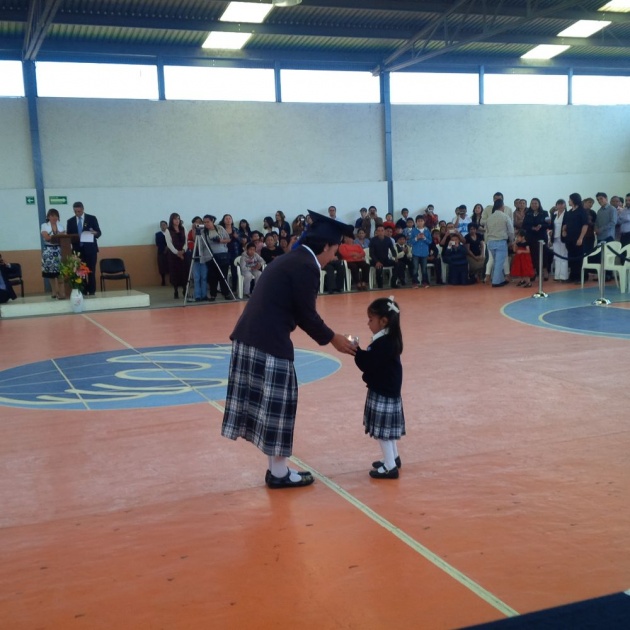 In turn the student passes the light o a little girl

We gave each student their certificate and congratulated them on finishing high school with a big applause for all, especially for the ones that had a hard time at home and despite everything finished their education. Noemi being the winner of the excellence prize gave a beautiful speech where she took us to a trip down her 12 years as a Mano Amiga student. She was also the recipient of one of the University scholarship where she will start studying in August. 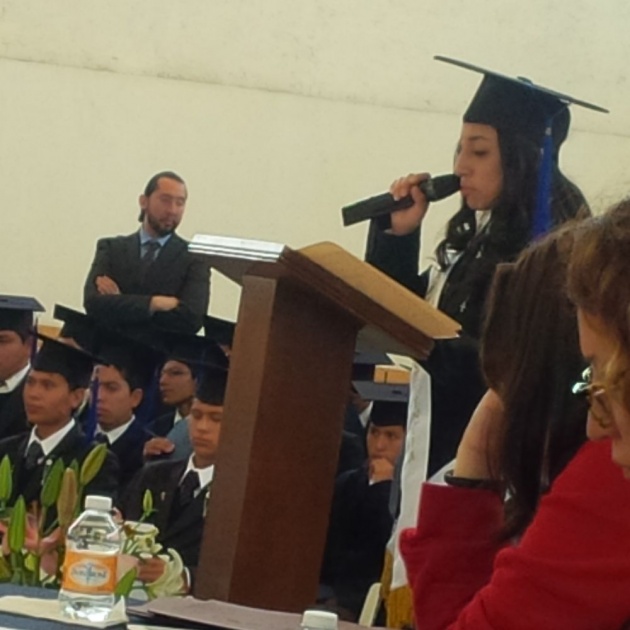 Noemi Macedo during her speech

Lilia invited Adriana to say a few words to the students, on behalf of Film Annex and Woman´s Annex she congratulated them for their work and wished them the best in the future. We presented to Noemi (Noemi-Macedo), the prize we promised in April,  she was the one that wrote the most blogs of the 12 of them, and was overjoyed with her tablet and also her earnings from Film Annex. 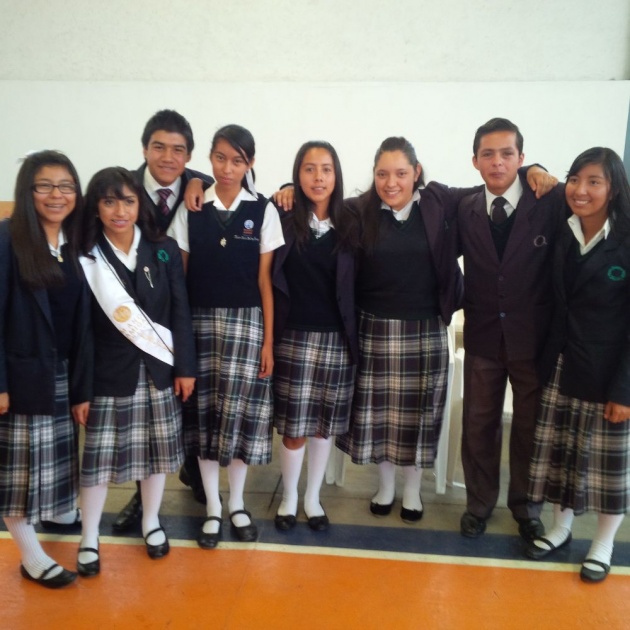 Annick Charlier after finishing her MBA in Anahuac University in Mexico City lived for six years in New York City, where she worked in a charity organization that raised funds for education for underpriviledge children in Latin America. Upon her return to Mexico, Film Annex offered the oportunity to continue…