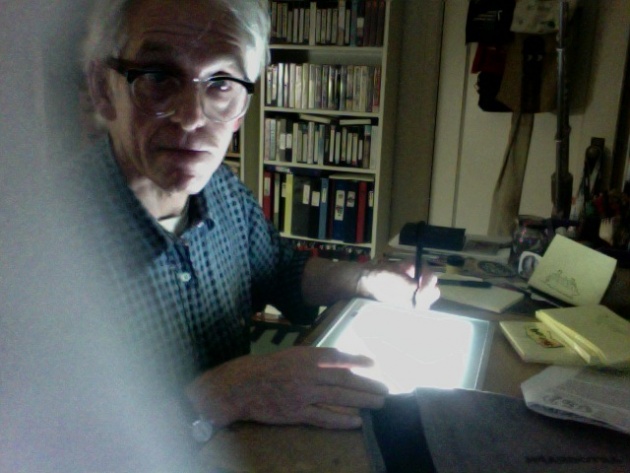 Marv Newland, famous for his 1969 animated film Bambi Meets Godzilla, coined the term with his 1984 collaborative animation, Anijam.  For Marv’s film, he brought together 22 animators from around the world to collaborate on Anijam.  The unifying factor in his animation was a character he created called Foska that each of the animators had to use in their animated sequence.

Marv is one of my animation heroes and a huge inspiration to me. He is also one of the most prolific and respected animation filmmakers in the world.  Luckily he also lives in Vancouver, Canada. Therefore, even before I began the project, I invited him out for lunch and I asked for his blessing to use the 'Anijam' title. Well, not only did he give me his blessing, he even agreed to do a segment in the film and act as my anijam mentor. He was instrumental in helping me assemble an amazing crew filled with Oscar nominated and Oscar winning animators from across Canada.  Marv is not only a great mentor but also truly a great friend.  I can not thank him enough for all his help and support with the film. 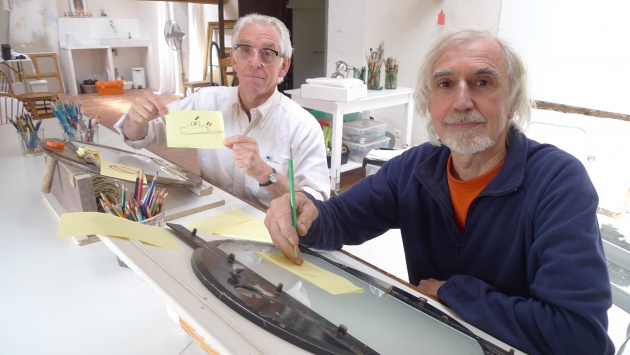 Marv Newland's animated motion picture career began in Los Angeles with the creation of the short Bambi Meets Godzilla (1969). In 1975, he founded the animated film production company International Rocketship Limited in Vancouver. At Rocketship, Newland directed and produced over twenty animated short films including Sing Beast Sing, Black Hula, Pink Komkommer and Beijing Flipbook. Newland has received international acclaim for his films, which use unusual approaches, such as twenty-two international acclaimed animators on a single film, the orginal Anijam (1984), and a short made entirely of postcards (Postalolio). His films have received festival prizes around the world, including the Grand Prix at the Annecy International Animation Festival.

MN: FUV. It reminds me of GOOFY GOAT. 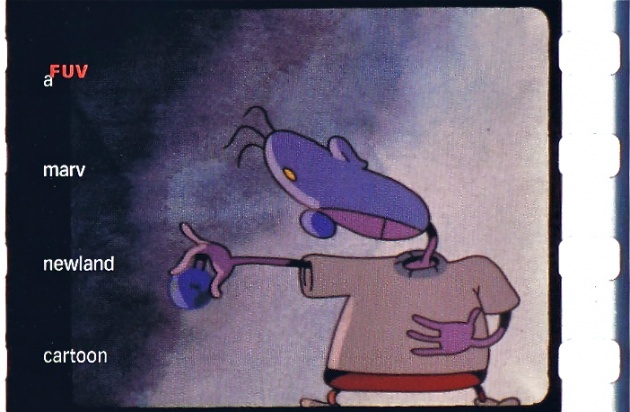 MN: Definition of the word SUCCESSFUL has always been a mystery to me.

MN: Read books. Learn the history of your artform/occupation. Do not consider drawing/animating to be work. Observe nature. Listen to all types of music.

Conserve your energy for your work. Stay out of bar fights. Avoid long prayers. If you conceive a child be damn sure it is an accident.

MN: Animation is the creation of alternate environments full of alternate forms of life. Your creation of an alternative yet believable world populated by equally believable characters should keep you so busy that the need for self expression and creativity will not bother you.

MN: SCRATCHY is the animated short I am currently animating. It is an on and off production interrupted by the making of at least three other pictures. SCRATCHY is based on out-takes from an old black and white cartoon titled, GOOFY GOAT. 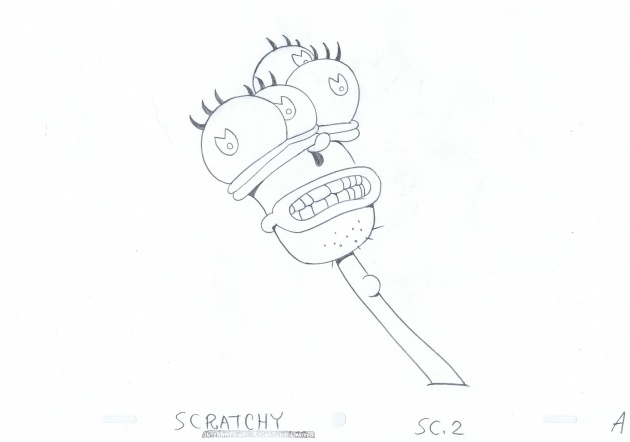 "Whether at the helm of an ocean liner, or in the bathtub, we should remain alert and try to control ourselves." - Marv Newland

Below is Marv's animated segment from Yellow Sticky Notes | Canadian Anijam and please subscribe for new blog posts in this series (many other great animators to come) and more clips from the film!