Last few months, I remember @yannn told me about this movie Maze Runner: The Death Cure. I was not drawn to it just yet but because of the movie review encouragements by Micky-the-Slanted-Salerno, I came to look and watch this movie with an anticipated title.

Basing on its title, I already felt that it has something to do with some health issues which causes death and a dire need for a cure. Its title somehow reminded me of the Will Smith's movie I am Legend but since I have not watched this yet, I had to further see and then conclude that it is indeed comparable. But if you have followed the trilogy, you'd know immediately that this is the last of the series.

A fast-moving jeep manned by Jorge (Giancarlo Esposito) and Brenda (Rosa Salazar) came into the picture as the movie started, it was running after a train holding a group of Gladers (immune individuals from the Flare virus) which also has their friend Minho (Ki Hong Lee), they need to rescue them. They were transported to the last city and these captured immune will be used for testing and experimentation to find the cure to a virus called Flare.

While Thomas (Dylan O'Brien) and the rest of the free immunes were successful in retrieving that group, they missed to get Minho out. This caused Thomas to go to the last city and rescue Minho. However, his two other friends Newt (Thomas Brodie-Sangster) and Frypan (Dexter Darden) joined him. But as soon as they reached a dark tunnel, they were attacked by cranks or the infected ones who were already out of their mind and would be eating out people. Gladly, Jorge and Brenda came to their rescue.

They finally reached the last city which has high concrete walls made to keep the city away from the infected ones, it is the last city with less infected but the virus was airborne so there will still be possibilities of getting it. Thomas was tracked by the WCKD and ended up firing on the people who were trying to gain access to the city. Some masked men took them and later found out one of them was their old friend Gally (Will Poulter). He helped them get into the city through a secret tunnel.

Later on, they found out Teresa (Kaya Scodelario), Thomas' love interest who works for the WCKD so they planned on using her to gain access to the lab which has the captured Gladers and Minho. But Newt revealed to Thomas that he was infected too. He promised to find the cure. When they got Teresa, she helped them took the trackers out, she also kept a piece of tissue with Thomas' blood for testing.

Their plan was successful until Janson (Aidan Gillen) found out and chased them while inside the lab building. The rescue of the other children was successful whilst Minho was taken to another lab room. They somehow got reunited afterward, jumped into a plaza pool and eventually were almost free but Newt was already showing signs of extreme infection due to the virus. Teresa went to check on Thomas blood. 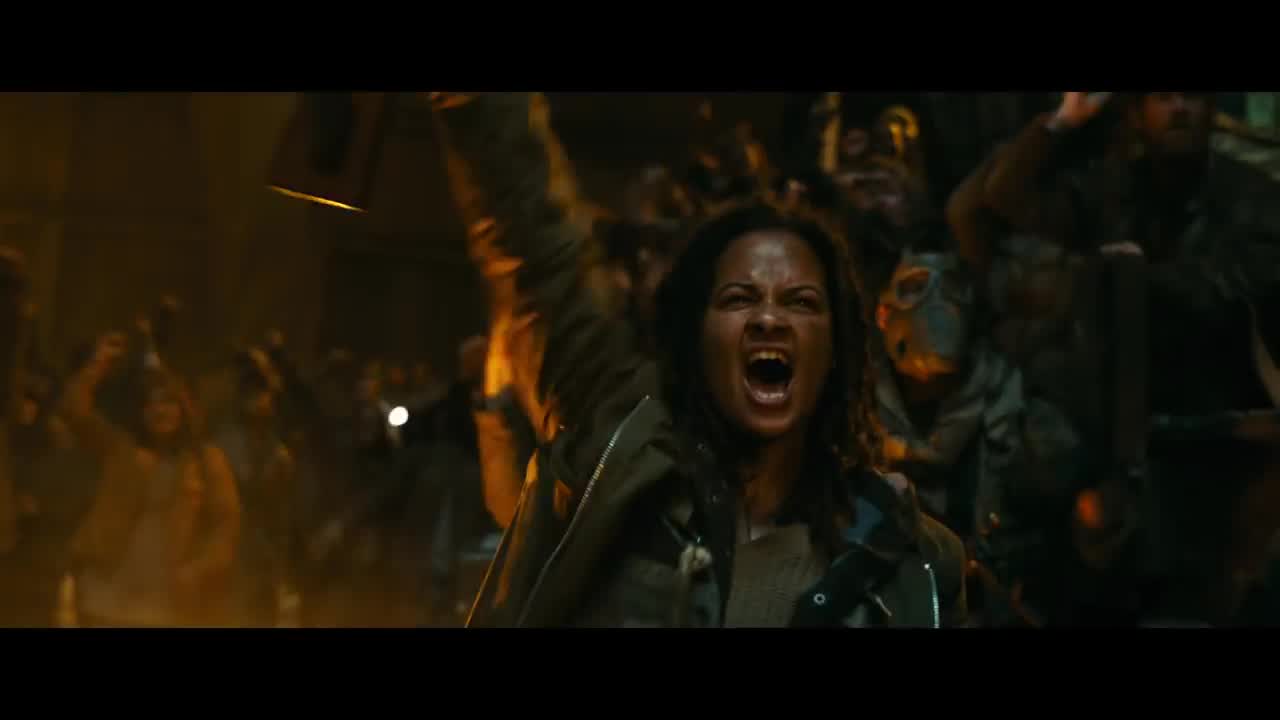 Meanwhile, a group of protesters came into the city bombing the buildings and was trying to destroy it due you the fact that they were left out outside the walls and forgotten.

Newt was already out of his mind, he handed Thomas a pendant and started attempting to kill him. Newt ended up stabbing himself instead. Then Thomas heard Teresa telling him that his blood can cure the affected ones. He went back to the lab, found Ava (Patricia Clarkson) but was killed by Janson, Thomas was also captured, he, later on, woke up inside the lab while Teresa was extracting his blood. Janson revealed he was infected and his sole purpose was to treat himself. They ended up fighting against each other and eventually Janson was killed. Teresa and Thomas arrived at the building roof top and were spotted by Brenda and the group. They were able to rescue Thomas but Teresa didn't make it as the burning building collapsed and she was consumed by the fire before she could get into the aircraft.

The movie ended with the immunes and the rest of the survivors at their safety haven. Thomas found out the pendant contains a letter from Newt, he became emotional thinking about his friend. End of story.

I have not seen the previous sequels so I was unable to follow on what the Maze Runner really was all about. When Minho was being experimented, he was running inside a maze, I guess that's what it was or perhaps I really have to also watch the other parts to fully understand the story.

But based on this specific part, I was already taken into the main agenda which was to rescue Minho while Teresa and Ava find the cure but almost surrendering. I had a feeling that Thomas was the leading man of the movie and his blood is the cure, I guess it was influenced by the Will Smith movie so I wasn't much surprised when Teresa revealed that at the last part of the movie.

There were fight scenes which I feel really intense and their rescue operations are quite nicely scripted. I like the opening part though and the action included.

Perhaps what I felt lacking was the side of the virus infected humans, there were only a few scenes which included them, the only part which showcases their vulnerability was inside that tunnel where Thomas and his friends were attacked as well as that part where Newt was already taken by the virus or maybe the movie was really focusing on the Thomas -Newton - Teresa relationship and the rescue operation. It is possible that the cranks have more screen time with the previous sequels, its for me to find out.

There were also points which I kind of questioning like the part when Frypan was manning the crane but after being able to drop the rescued children, he got to their location right away, I understand that in sci-fi movies like this, time is not something to be considered but that was obviously a bad part at least it should have taken him some time to reach there.

There was action, drama, emotions, and suspense which I like. I guess I have to watch the two sequels prior to this so I would follow understand it. I also learned that Thomas or Dylan O'Brien was injured during the filming so the release was postponed.

For every movie, there's always something to learn from. In the Maze Runner: The Death Cure, the lesson it portrayed was about loyalty, bravery and to not leave any friend behind no matter what.

As always, please participate in the following Querlo chat bot below:

Blog entry written and published by Jean Beltran-Figues for bitLanders.com
For more travel blogs, go to my blog section