Step aside human bartenders, as Carl and James, the robot bartenders caused quite a splash on the German bar scene. The Daily Mail and Red Orbit recently informed the world of our new robot friends serving drinks at certain bars.

I think it would be really awesome to be served by a humanoid robot while going to your local watering hole. This whole concept sounds like something coming from a Jetsons cartoon, not in the real world. 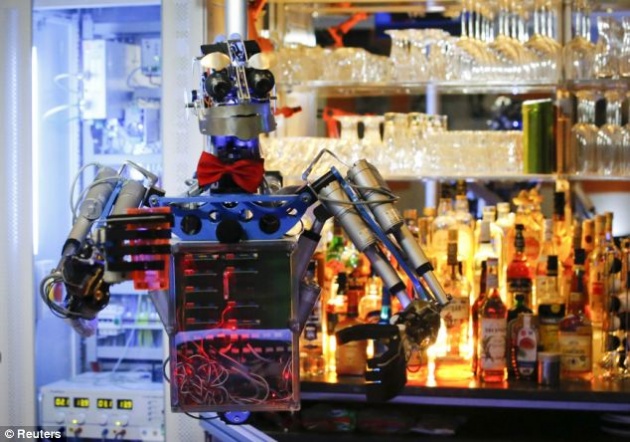 Nonetheless, the first robot bartender caused quite a stir in Germany and the robotics world. Carl the bartender is a humanoid robot that mixes drinks for guests at the Robot Bar and Lounge in eastern Germany, and he attracts a big crowd of followers indeed.

As of right now, Carl helps out his human buddies by pouring out measures of spirits and adding them to cocktail shakers.  This little guy was originally created by Ben Schaefer, who spent 23 years working with robotics.

The great thing about Carl is that he has a very friendly appearance with big round eyes, some white eyebrows, a thin smile and a colorful bright red bowtie, giving him a fashionably modern and chic look. 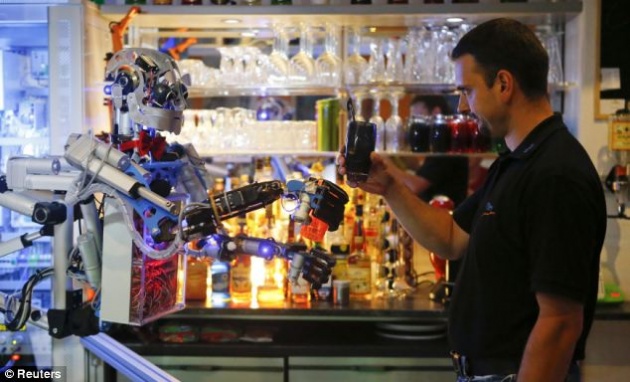 But Carl is not yet perfect. His speech recognition skills and ability to interact with customers is very limited as of right now.

This is where James comes into the picture. Professor Jan de Ruiter from Bielefeld University in Germany is looking to improve the robotic bartender by providing the helpful humanoid with more intricate visual cues and body language sensors.

James has a torso that spins on a rotator and an iPad for a head with very cartoonish eyes and a long, thin smile plastered on the screen to make him appear friendlier to customers. 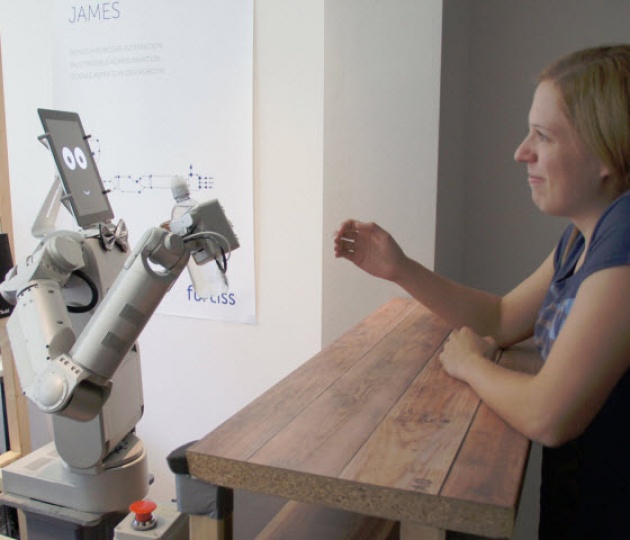 Now even though James is not currently mixing cocktails or pouring a beer from tap, he does honor his customers by serving on a first-come first-served basis. How awesome does that sound? So, nobody can cut in line as James will ignore him or her.

Even though James is still in his introductory stages, we hope that robotic bartenders will become a thing of the present and not just in sci-fi movies and shows. 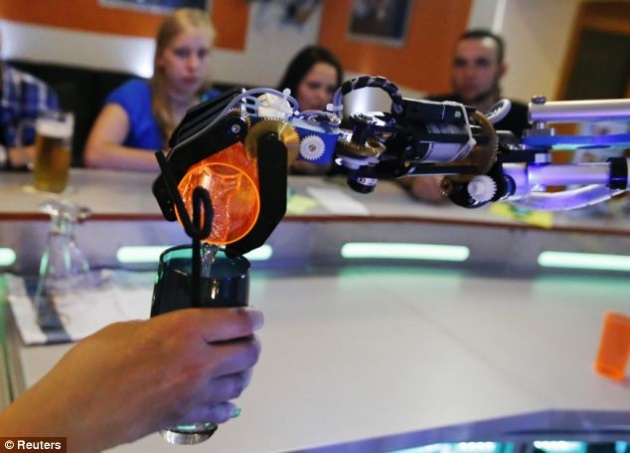 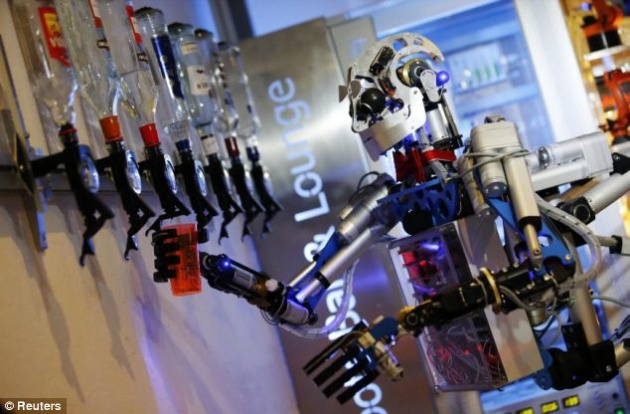