'Meet our Filmmakers' is a blog series on Film Annex's filmmakers, who we like to call "Film Annexers." They talk to us about how they shoot their films, what inspires them, their experience on the Film Annex platform, and much more. 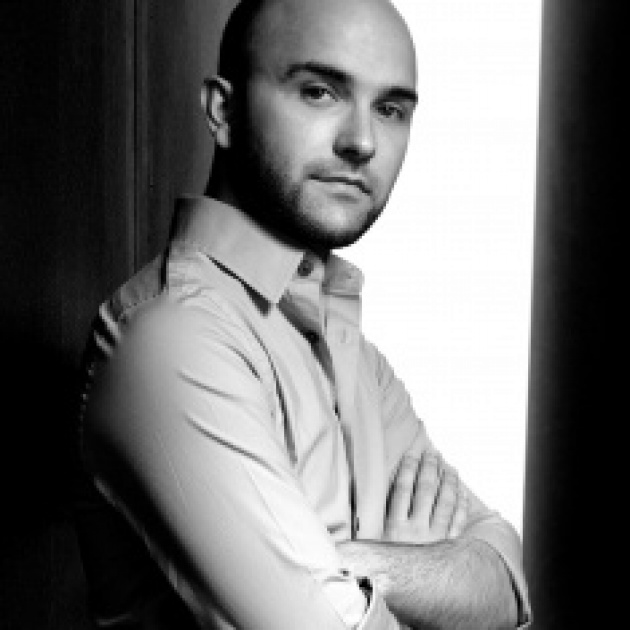 Miguel Angel Font Bisier is a Spanish director, writer and musician. He makes fashion films (3NESIS), horror movies (Sinnside), and music videos. Once Miguel Angel Font Bisier joined Film Annex, it didn't take long until he reached the Top 3 on Eren's Picks. How he mixes different styles in his movies, using filmmaking as an educational tool, and his projects, are some of the topics he talked to us about. And of course, the secret to his success on the platform!

Film Annex: You have shot fashion films, music videos and horror short movies. Do your different styles influence one another in your films?

Miguel Angel Font Bisier: Of course! The reason why my projects are so different is because my way of understanding audiovisual language: wide and open. My philosophy of work is like an open box where I put as many arts, ideas and concepts as I can, mixing them in a coherent way so I can produce very personal hybrid films. For example, my last short film Sinnside is a shocking horror flick but with a lot of elements from the fashion world, the fairy tales or the old silent films.

FA: Many of your videos and blogs are educational with behind the scenes, "how to" footages and blogs, workshops for kids, with topics from visual effects to soundtrack. Do you think it's part of your role as a director to share your "secrets" and educate the next generation of filmmakers?

MAFB: I don´t feel like I´m qualified to teach anybody. What I try to do is to put out together my thoughts and ways of work so that it maybe helps someone to understand better any part of the audiovisual creative process. But that´s almost nothing, shooting a film is a very complex process which makes you take hundreds of decisions per day. Also, “making of” videos honor my crew´s job, which is really important and without them my projects would be nothing.

FA: You worked with children both in your videos and in workshops. Tell us about this experience. Do you see filmmaking contributing to children and young students' education and life?

MAFB: Sure! If a project is filled with positive values and cultural content, it will help so much with our younger generations. Audiovisuals are a very good way to educate, but little by little, we are forgetting to work on content in order to do the most spectacular videos, which in my opinion is a bad move. Many people think cinema is just about technology, lighting or camera gadgets, and for me it's not just that. Cinema is content + technique + technology + entertainment and that´s the reason why it is considered an art.

FA: Has joining Film Annex affected your work in any way? How so?

MAFB: Film Annex is so motivational! It´s great how you help promote our work as filmmakers with the revenue system and the BuzzScore. I think it´s a really good way to improve as a filmmaker and it makes me be more active and care about online promotion in a way that I never did before.

FA: You seem to have mastered the way to success on Film Annex with one of the highest BuzzScore among our filmmakers. How did you achieve that?

MAFB: Maybe this sounds cliché or fake but it´s not: I just try to be myself when I write a blog and care that my videos and pictures are entertaining, interesting or shocking. I´m honest with myself and with the audience; so that plus using social media pretty much did everything (also with your very appreciated support from the web). 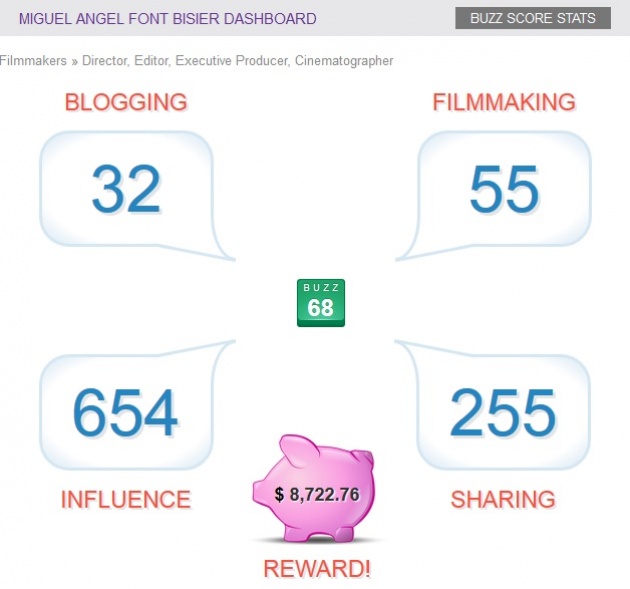 FA: Tell us about your next project and how you are planning to cover it via Film Annex.

MAFB: My next project is Sinnside, a horror film. I´ve been blogging about it since the start of the pre-production, and right now we are finishing the post-production. We´ve already done a little web series of videos about how we filmed it (shot by Embolic Media). The next step will be distribution: festivals, premieres, presentations, so I´ll be reporting about that plus some surprises that I don´t want to spoil. Also, my last fashion film Heraion: in search of life is going to be released in two weeks and we are preparing a very big charity event in Valencia for its premiere, so my next blogs will be about distributing content on the Internet and also in “real life”.

FA: How did the idea of this gala come to you? Tell us about it and how it will contribute to further promote your work.

MAFB: The idea came to my mind after talking with my collaborator Helena Gálvez. She pushed me to do a big event for the anniversary of the release of my first fashion film Eiénesis (it was premiered 9-9-2010 and the gala is 3 days and 3 years later). As my trilogy is very positive, full of hope and people fighting to reach their goals, I thought it would be great to do an event to help someone, so I started looking for foundationsand non profit organizations here in Valencia until I found Fuvane, a foundation that helps kids with brain paralysis through a medical innovative treatment developed in Hungary. I don´t really feel I´m doing this event to “promote my work”. I see it as a chance to communicate about people who need support and maybe don´t have the tools to do something like this. We have shot a little documentary for the gala to show the work at Fuvane, invited a lot of people from the fashion world around Spain, prepared a live concert with a famous Spanish band, Doctor Pitangú, an acrobatic show and a charity raffle with over 30 presents coming from 23 sponsor to raise funds for them. If the gala works I´ll be doing more with other projects, such as Sinnside.

Miguel's interview about the gala.

Subscribe to my blogs and to Film Annex so you don't miss the next articles.