George Foreman, born in January 10, 1949 is a Former American Boxer, former two time heavy weight champion and an Olumpic gold medalists. He's someone you'd think would be a happy soul but, he wasn't. After the loss against two time heavy weight champion Muhammad Ali in the legendary fight dubbed 'Rumble in the Jungle', George Foreman was almost broke. With such heavy losses and his bank balance reaching almost zero, George was forced to return to the ring at the age of 45.

MC Hammer, born in 30th March, 1962 is an American hip-hop recording artist, dancer, entreprenuer, spokesman and actor. He earned a mere sum of $30 million during the peak of his career, but then from there, everything was downhill for him. He used all his savings in a fraction of few days and before you know it, he was bankrupt. Hammer spent half of his earnings on friends, family and bad investments. However, during his bankruptcy day, no one was there to help him out so he lost it all at once.

Johnny Unitas, born in May 7, 1933 also known as "The golden arm", was an American professional American football player who played from 1950s throught the 1970s. He was first signed to play as a quarterback for the Indianapolis Colts for a total of $7,000 (which amounts to $60,000 in today’s times). After that he went to play for the San Diego Chargers for $250,000 ($ 1.3 million in today’s dollars) with an additional bonus of $ 175,000 (that amounts to $ 921,812 today). This money he spent on real states, and various industries generouesly. However, each of his investments become fail and soon he became bankrupt. A stroke of bad luck.

Sean Quinn, born in December 5, 1947 also known as Seán Quinn, is an Irish businessman and conglomerateur. In 2008 he was the richest person in the Republic of Ireland with a net worth of $6 billion, but in 2011 he filed for bankruptcy. He invested 25% of his family’s wealth in Anglo Irish Bank of about $2.8 billion and made a grave mistake of borrowing the money from his own insurance company.

Jordon Belfort, born in July 9, 1962 is an American author, motivational speaker, and former stockbroker. He had a life of a king having expensive yachts, private jets, omen, cocaine and making more than 250 million dollars a year. Later in 1999, he pleaded guilty to fraud and related crimes in connection with stock-market manipulation and running a boiler room as part of a penny-stock scam. He was forced to pay hundreds of million dollars he owed to other stockbrokers and was sent to prison for a good 22 months. 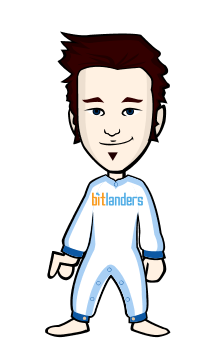 I can just say that I'm enjoying life, nothing else.

WOMAN INTRODUCTION; The human that she named as women is the complete package of all things, joy, ha…

Bursting is part of Everything

Image Source: reddit.com The madness of spring is so enticing. I love it when things are opening up…

Deciding your own happiness

You went to a private primary school, I went to a public school, but we both ended in the same high …

it's 3:08 am and it's been weeks since you've left. I stare at the ceiling, catching my breath.I dre…

Unlike the classic Tarot draws that only foresee the future, the Millionaires Tarot clearly shows yo…