There are so many stories that touch my heart, but the one I saw on TV today had even better impact on me.

A Costa Rican woman and grandmother, Floribeth Mora, suffering from a brain aneurysm says a voice spoke to her through a photograph of the late Pope John Paul II, curing her and solidifying the late pontiff’s sainthood. According to News Max Health, “Mora says she was diagnosed with an aneurysm in a cerebral artery on April 14, 2011 and sent home from the hospital with the warning she could be dead within a month, although the surgeon who made the diagnosis denies he gave such a warning”. Mora received a diagnosis from her doctor stating she had an aneurysm in a cerebral artery so, she goes home feeling dreary and without hope, prays for help, hears John Paul II’s voice and is miraculously cured. Is this not a miracle? According to Mora, she drifted off to sleep after watching a mass commemorating the beautification of John Paul II. Mora recounted stating, "I had it in front of me and I heard a voice again that said 'get up' and I looked at his photo and saw his open arms and I heard a voice that said 'be not afraid' and I said 'Yes Lord,'” she added between tears, a golden rosary hanging around her neck. "I went to my husband and he asked me what I was doing and I just said 'I feel fine, I feel fine, I feel fine’”, according to News Max Health. Mora’s remarkable experience is the epitome of a miracle on earth. Her experience also helped the Vatican solidify the case for John Paul II’s sainthood. Even though her surgeon Dr. Alejandro Vargas said he did not send Mora home sedated to wait and die as she believed, he did state, "What we found remarkable, unbelievable really, was that by November there was absolutely no trace in her brain that she ever had an aneurysm," he said. "I had never seen this in my career." Many may not necessarily believe the miracle that Mora claims she experienced; however, each individual is entitled to his or her own opinion and belief system and this woman strongly believes in her calling and cure from the late John Paul II, making it her miracle. 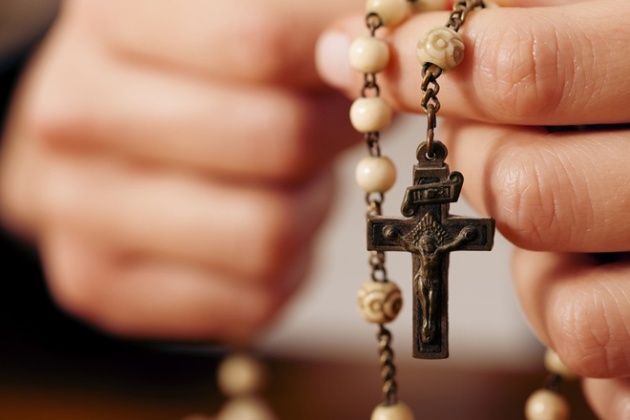 The visit of Pope Francis in Lithuania

The visit of Pope Francis in Lithuania- Photo credit:15min.lt Edition by Amber255 via Bitlanders.com…