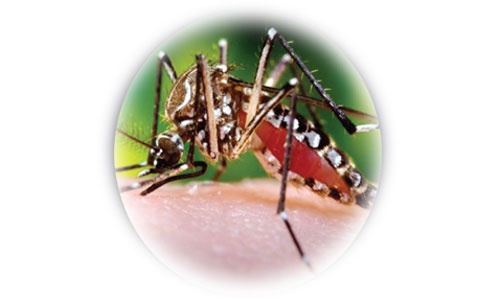 UN WHO officials concerned about new transmission to Americas of the mosquito-borne chikungunya virus – a disease which has already infected more than two million people around the world issued new guidleines. Working through the Pan-American Health Organization (PAHO), the new guidelines seek to prepare local officials in preventing, controlling and monitoring the disease should it appear in the Americas. (From UN News Center Sources) Guidelines’ authors, PAHO adviser on viral diseases Otavio Oliva and PAHO adviser on dengue José Luis San Martín, warned that the fact that people in the Americas have not been exposed to chikungunya virus, placed the region at particular risk for the introduction and spread of the virus. “Only through coordinated, strong responses to an introduction of the virus can we expect to avoid the establishment of local transmission,” stated Mr. Oliva. Although chikungunya has not yet spread locally in the Western Hemisphere, the movement of travellers to areas of the world where the virus is present has increased the possibility of its transfer to countries where it was previously unknown. More than a hundred people from the United States who have travelled to Asia and Africa, where the disease is prominent, have already been infected by the virus. In addition, local transmission could occur if mosquito populations in the Americas become infected with the virus. “Chikungunya-infected travelers continue to bring the virus to the Americas, including the United States,” said Roger S. Nasci of the United States’ Centers for Disease Control and Prevention, which collaborated in preparing the guidelines. “These guidelines provide the information needed to develop a comprehensive regional plan for rapidly detecting and, hopefully, reducing the potential impact of chikungunya virus in the Western Hemisphere.” The name chikungunya means ‘that which bends up’ in the Makonde language of Southern Africa. The disease is rarely fatal, but produces severe joint pain which can last for months and there is no specific treatment or commercially available vaccine against the disease. For more popular video blogs & current news event articles www.diplomaticallyincorrect.org By Ambassador Muhamed Sacirbey – Follow @MuhamedSacirbey Facebook = Become a Fan at “Diplomatically Incorrect” Twitter – Follow us at DiplomaticallyX