The final short-film of the semester that I was given the opportunity to crew on, was for Dir. Rhys Cartwright.

The short-film in question; was a promo for a custom Harley-Davidson dealership in Eastbourne, just outside the well-known city of Brighton. I have been a long-time motorbike rider & enthusiast, so I was only too keen to assist in any way whatsoever on the shoot.

The role I was given was Behind the Scenes & runner, it was the smallest crew I have worked with to date, made up of only four members, however there was a professional DOP present once more. The shoot did not have a set structure to it, so the DOP was given free reign of creativity to shoot the custom Harleys being created in the work-shop from scratch, which was an incredible process to witness. We also filmed a motorcycle rider taking a custom harley for a test-run down a deserted country road, which made for excellent footage. 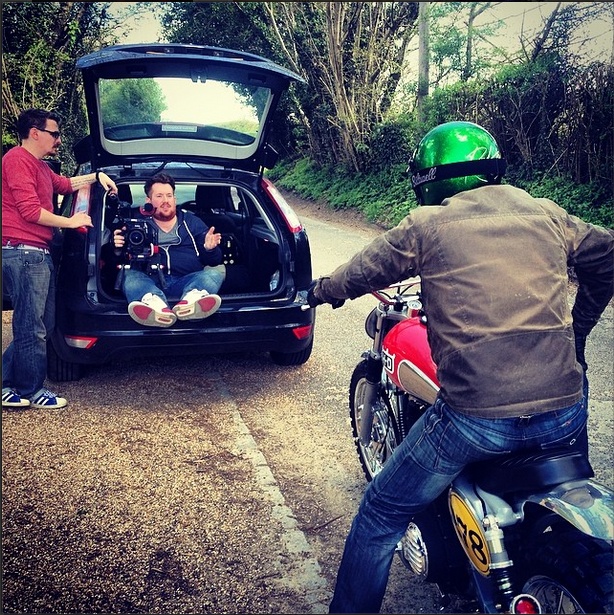 (Above) a still image from the motorbike tracking sequence, Director, DOP, and motorcycle-rider featured in the shot.

I found this experience an excellent shoot to wrap up my last semester of the year, working with incredibly talented filmmakers and making excellent contacts throughout.

Want to know one of my deepest, darkest secrets??

Want to know one of my deepest, darkest secrets?? I'm a huge Kenny Loggins fan...Ok, that is not act…