Hello Friends, I hope you are doing fine and are having a good time on bitlanders. Today I have come up again with my new blog with the title of "Movie Review - Mad Max: Fury Road". Friends, this blog is also related to micky-the-slanted-salerno's announcement that there will be higher rewards for the movies related to Women Empowerment and the movie "Mad Max: Fury Road" will be included in the Bitlanders Film Series Project.  This movie is an Action and Thriller Genres film and has been under production for quite a long time (since inception in 1997 to release in 2015).  This movie is an American and Australian co-production.  The Director of this movie was an Australian Film Director George Miller and the movie was produced by Doug Mitchell. The screen play for the movie was written by Brendan McCarthy and George Miller.  The movie was produced under the supervision of Village Roadshow Pictures. 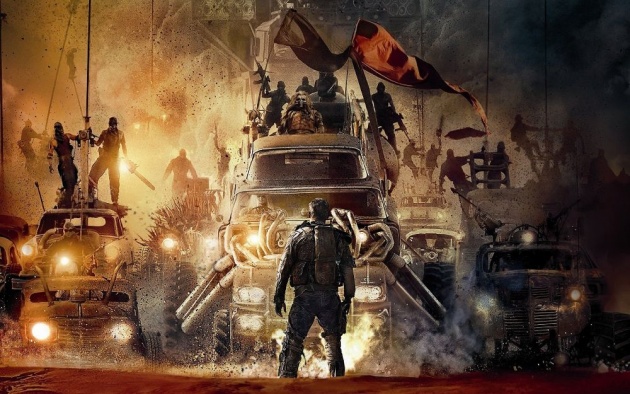 The movie "Mad Max: Fury Road" was released on May 15, 2015 under the distribution banners of Warner Bros. Entertainment Inc.,  Some details of cast of this movie are as under:

✤    iOTA as The Doof Warrior 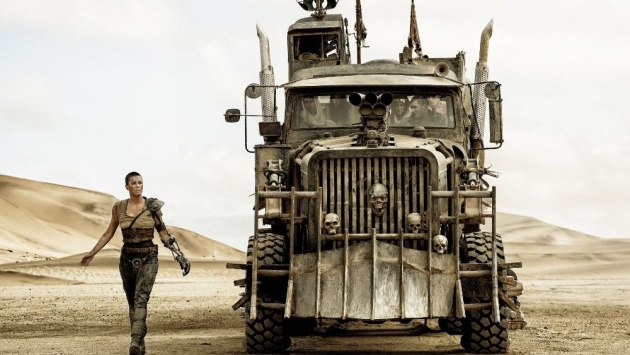 George Miller’s “Mad Max” films didn’t just make Mel Gibson a star—they completely transformed post-apocalyptic entertainment with their visceral stunt work and singular vision of an increasingly desperate future. Three decades after the last film, the oft-maligned “Mad Max Beyond Thunderdome,” Miller finally returns to this desolate landscape for the highly-anticipated “Mad Max: Fury Road,” recasting the title role in the grizzled visage of Tom Hardy and upping the stakes with promises of vehicular mayhem on a level commensurate with what modern CGI audiences have come to expect. 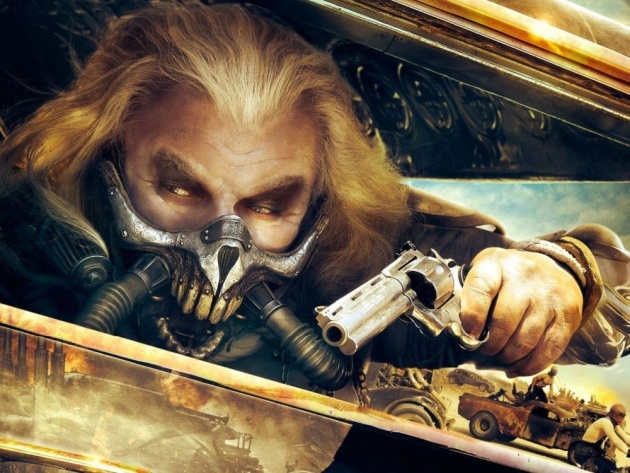 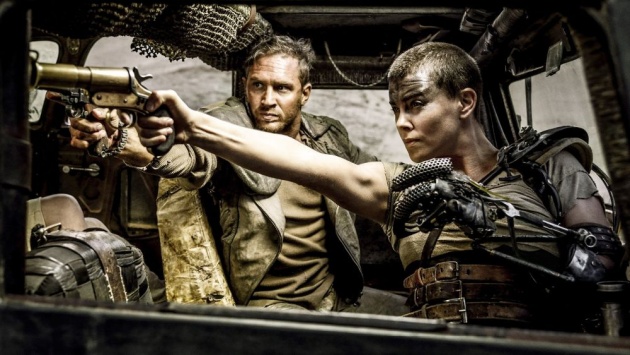 The movie begins in Australian desert as the life on the whole world has come to an end due to some certain situations created by humans themselves.  Max Rockatansky who has survived this ordeal is hiding and running from War Boys who are in the Army of Immortan Joe.  Max Rockatansky has lost his wife and child due to the disaster the world has witnessed and he is also soon captured by Joe's Army and they take him to their place which is known as "Joe's Citadel".  They decide to keep Max Rockatansky as a "Blood Bank" because of his unique blood group "O Negative" which can be used for many when needed.  Seeing an opportunity, Max Rockatansky tries to run away from Joe's captivity.  He jumps out of the cave and hangs on a swinging hook very high above the ground.  However, his bid fails unluckily and he is again captured by the War Boys.  It turns out that Joe is commanding the whole population in his citadel and has his own rules; for instance, he supplies his army with some water and people compete to get more and more of it before Joe closes the supply.  Joe tells his army not to depend on water too much because when the water finishes, it would be hard for them to survive. 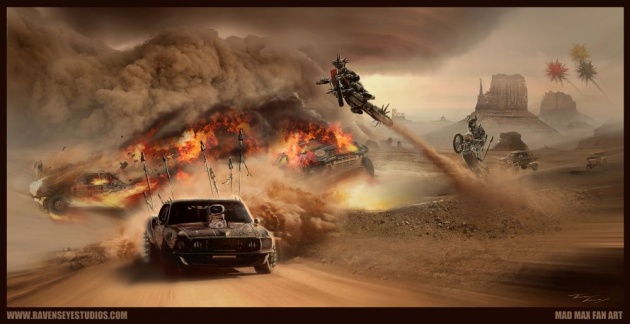 Joe sends his companion Imperator Furiosa in her special vehicle called "war rig" for some gasoline; however, Imperator Furiosa suddenly changes her route which alarms Joe.  When Joe checks his locked chambers, he finds his five wives missing which he captivated for breeding to increase his army.  Joe sends his war boys to chase Imperator Furiosa.  He also sends Max Rockatansky with his men by chaining him with another war boy "Nux" to whom he was supposed to supply blood. As war boys were chasing Imperator Furiosa, they are attacked by another enemy tribe known as the Buzzards.  However, Nux shows some action and agile movements and gets close to the war rig of Imperator Furiosa.  However, Max is constantly trying to get free and as soon as he manages to do so, he overpowers Nux and the vehicle crashes. When Max regains consciousness, he sees Imperator Furiosa along with other five beautiful women who were in captivation of Joe.  Max and Imperator Furiosa make partnership after some negotiations which also included some physical scuffles with each other.  Nux still manages to reach the war rig and tries to fight back but soon he is overpowered and thrown away by Imperator Furiosa and Max. Joe's army reaches the spot later and takes him in their possession. 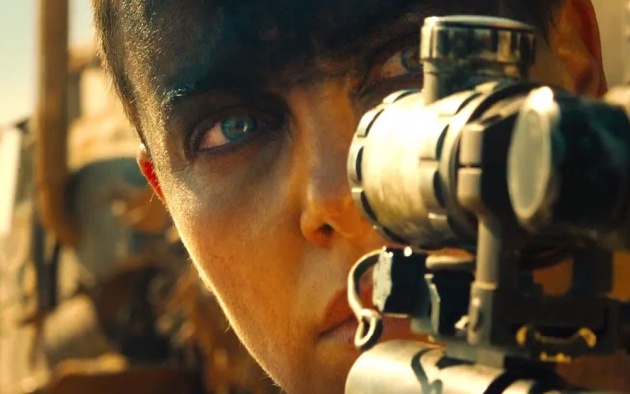 On her way, Furiosa makes a deal with a biker gang and asks for a safer exit to a special place known as "Green Place".   Joe's forces try to chase them and when the reach closer, heavy fight ensues using the vehicles.  Nux again manages to get into the war rig where he is pacified by Joe's wife Capable and Nux agrees to help Imperator Furiosa and Max.  However, Joe's captivated wife Angharad falls off in the meantime and dies with her nine month old child in her womb.  Imperator Furiosa keeps driving the war rig till night when it gets stuck in the mud and they stop. Max and Nux take the rig out of the mud and soon they come to know that "Green Place" is no longer helpful because it has become uninhabitable.  Therefore, they decide to go back to the Joe's citadel to get control of his possession.  On their way, heavy fight ensues between Joe's Army and Imperator Furiosa along with Max.  As a result of severe fight, Imperator Furiosa gets seriously injured but Max supplies his blood to keep her alive.  Nux also helps Imperator Furiosa and Max as together the overpower Joe and his army.  After finishing Joe and his men, Imperator Furiosa and Max reach Joe's citadel and they are welcomed by the remaining people.  In the ending scenes, Max leaves the citadel to find his own ways and to explore new destinations. 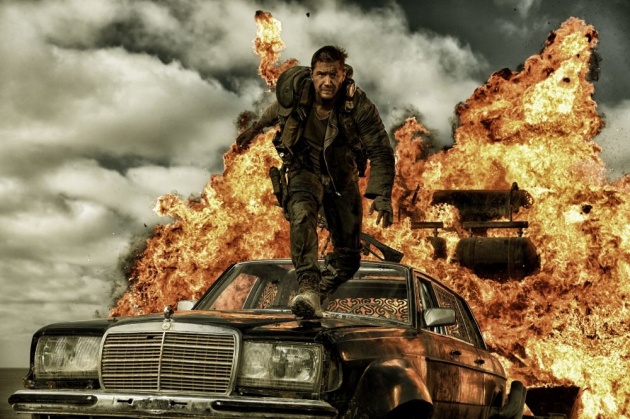 ✿      Here is another Querlo Chat for you which is related to "Women Empowerment". 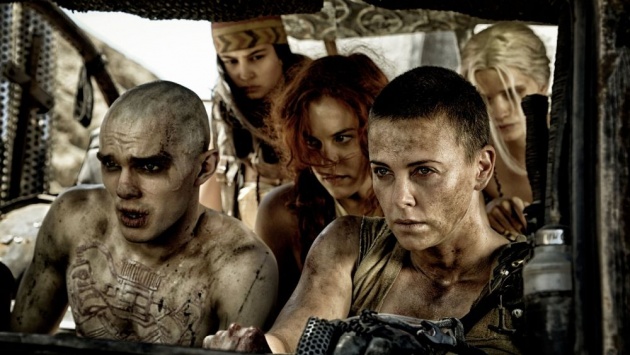 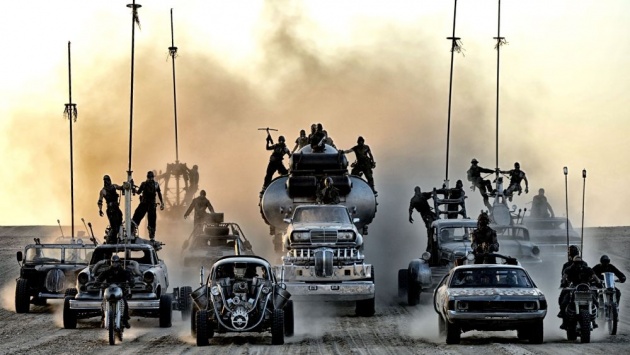