Movie review: THE FAVOURITE - The Comedy About The Monarchy Of England 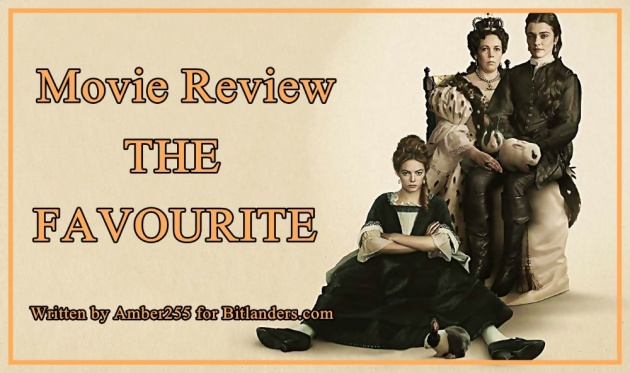 Movie review: THE FAVOURITE - The Comedy About The Monarchy Of England - Photo credit: imdb.com, edition by Amber255 via Bitlanders.com

Yorgos Lanthimos, a director, nominated for Oscar, fascinated the international prestigious film festivals by his two recent works: The Lobster and The Killing of a Sacred Deer. Now he invites to another unusually strange but highly engaging story whose action moves to the 18th century's Palace of the Queen of England.

The film THE FAVOURITE is a historical picture about the life of the top authorities of England of the 18th century when Queen Anna ruled the throne. At the 2018 Venice Film Festival, the film received a Special Jury Prize, and actress Olivia Colman got an award of the Volpi Cup for Best Actress.

The biographical comedy THE FAVOURITE is based on the original script by Deborah Davis and Tony McNamara, but from the very first scenes, it becomes clear that we have, so to speak, a film of Yorgos Lanthimos. Only this time, the director refused to mythological allusions and strained philosophical constructions. A serious story about state interest, in the name of which Machiavelli, Richelieu, and many others, long before the Duchess of Marlborough, voluntarily broke the routine of things, demanded a serious, adult approach from director Lanthimos.

The Short Story Of The Story

Great Britain, early 18th century. Queen Anne (Olivia Colman) suffers from her sore leg and other health problems, and on the continent, there is a war for the Spanish inheritance. The only one who understands and comforts Anne is the Duchess of Marlborough Lady Sarah (Rachel Weisz), the favorite and, moreover, the queen's mistress, who de facto rules the empire.

Her young, poor relative named Abigail (Emma Stone) who wants to find any work, comes to cousin Sarah and works first in the kitchen. Lady Marlborough, who feels, in her own words, a weakness for the weak, has the carelessness to bring her closer to herself and, of course, to Anne.

Queen turns Abigail to the favorite. Sarah doesn't want to reconcile with it and decides to get rid of her relative, who has not only moved too close to the English monarchy but has also made a great move to take over Sarah's place. 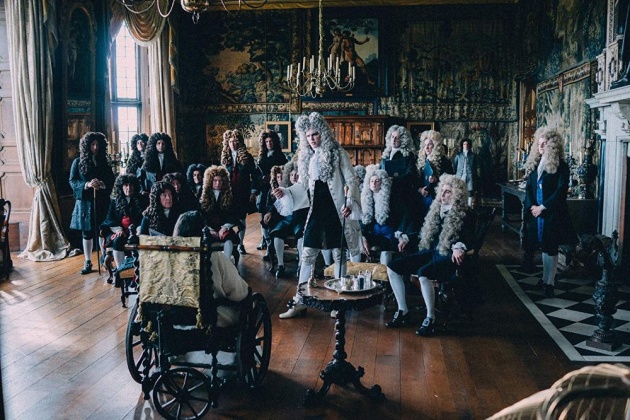 The work of director Yorgos Lanthimos is quite specific, so not every movie-loving person can positively accept his visually attractive but not very easy content. However, this project is somewhat different because THE FAVOURITE places itself more like a black comedy than a serious drama.

Almost all the action of this incredibly engaging film takes place behind the closed doors of the Palace of English queen, where are going very strange things, sometimes incomprehensible to common sense, but very good presenting the life of monarchs. The director in this film has succeeded in balancing the political aspects of the scenes of aristocratic life and, of course, schizophrenia and other illnesses that have often happened in the queen. 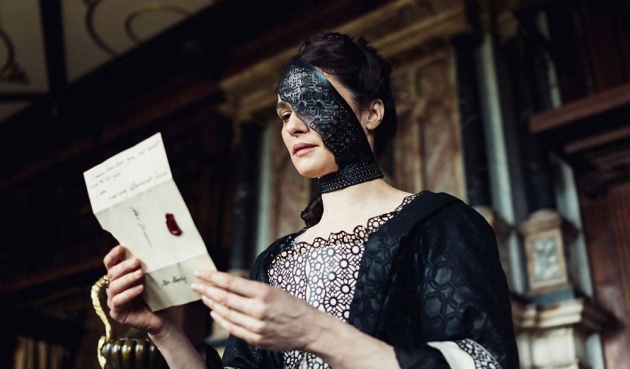 In each nuance of this narrative, we may notice the wish to laugh from something and, at the same time, to emphasize that such cases in the life of the English monarchs were not taken from anywhere. That's why you can see something comic, something serious, and something real on every stage of this movie. It is a pity that I cannot disclose more details of this story because it would be a disrespect for the viewer who will go to the cinema to watch the new interesting work of this director.

There are several inclusions in the film that contain episodes of dirty and very ridiculous British. Some of them cause a smile, some force us to think, but there are some who are able to perplex even a viewer who saw too much already. Sometimes it seems that for the director's purpose was to mess a well-established review tone to start everything over again. Not in vain the film divides into divisions showing different atmosphere.

Not only visual moments leave the impression, but also great character dialogues that contain irony, criticism, and endless metaphors. This is an excellent example of a well-written and carefully thought-out scenario that undoubtedly becomes one of the most prominent works of the year 2018. Not to mention the strong direction of Yorgos Lanthimos. 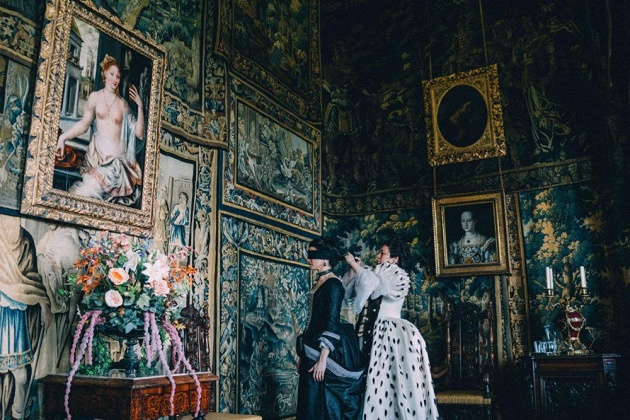 The Roles Of The Movie

The biggest accent of this film, without all the aspects of the story I mentioned, falls on the shoulders of the characters. The most notable of these was Queen Anne Stuart, who ruled the country for just five years. And while her figure in this film looks like a caricature picture made up of her volatility, stupidity, and all sorts of illness, don't be fooled.

The film was very precise; it painted a correct portrait of Queen Anne Stuart. Yes, this character really poses laughter, but in general it is a very carefully presented attitude of a man who has lost the joy of life. 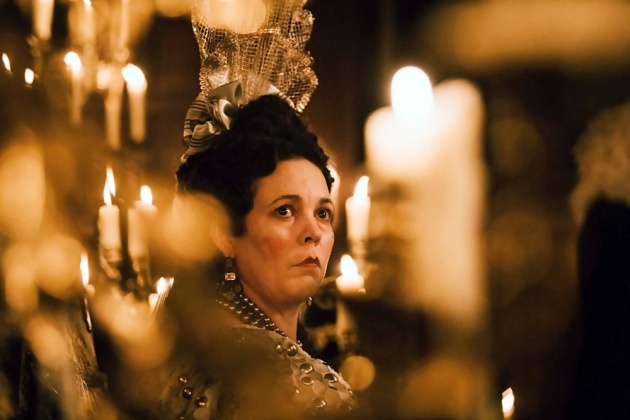 The film about Queen Anne THE FAVOURITE - Photo credit: imdb.com

The other two important engines of this movie are the cousins - Sarah and Abigail, who, using all their charm, try not only to please the Queen but also to become the right hand of the monarch, with the help of deceit. And if Sarah is able to create a great antipathy from the beginning of the film, her opponent, Abigail, makes to sympathize her.

Both of them crave for one - recognition and power, which can easily be taken away from Queen Anne because of her infinite affliction. Watching the competition between these women and fighting for the title of Queen's Favorite is very fun and even partially charming. 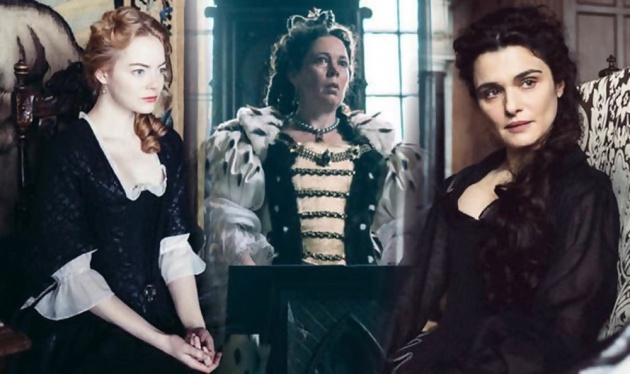 The heroines express themselves with the most sophisticated vulgarities - Sarah and Abigail do it with outstanding supply and composure. Anne seems to have a most difficult role, but she plays a caricature for too long, so when she decides to give it back a little, it's too late: no one seriously takes the queen with her tantrums, fainting, and a brood of rabbits in the bedroom.

The Technical Side of The Movie

This film is also fascinating technically. Like almost all costume dramas, THE FAVOURITE can also feature excellent work of clothing designers, realistic makeup, expressive hairstyles, and a clear, eye-catching, artistic design. Both decorations and interior design solutions were flawless.

The soundtrack in the movie is a separate language. Each musical composition creates a variety of feelings, but most importantly, the music creates a cozy, choppy, and even annoying atmosphere, which makes it impossible to distract the eye from the screen. It was like a hypnosis session that didn't let you leave it through the two hours of the movie. 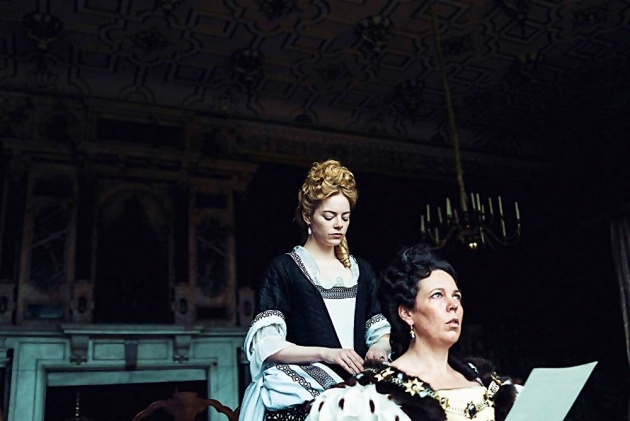 The Technical Side of The Movie

This film is also fascinating technically. Like almost all costume dramas, THE FAVOURITE can also feature excellent work of clothing designers, realistic makeup, expressive hairstyles, and a clear, eye-catching, artistic design. Both decorations and interior design solutions were flawless.

The soundtrack in the movie is a separate language. Each musical composition creates a variety of feelings, but most importantly, the music creates a cozy, choppy, and even annoying atmosphere, which makes it impossible to distract the eye from the screen. It was like a hypnosis session that didn't let you leave it through the two hours of the movie.

Impressions were also enhanced by the camera work for which Robbie Ryan, the great operator, was responsible. He was able to bring the spectator in every possible way not only to the backstage of the Queen's Palace but also to emphasize in his own style the details needed to make a full portrait of each character. 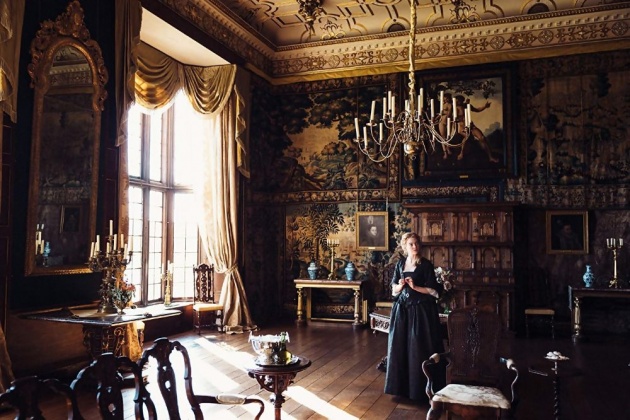 I liked video editing too. It was a performance-level narrative that ended and started again after each named act. There are no reproaches on the sound either.

The Collective Work Of The Actors

The team of three great actors turned this attractive story into an amazing performance show. Olivia Colman, who has already won several prestigious cinema awards, including the Golden Globe, was phenomenal for her incredibly bright Queen Anne role. Every scene with this actress brought a lot of different expressions and emotions. It was a pleasure to watch a performance of Olivia Colman. 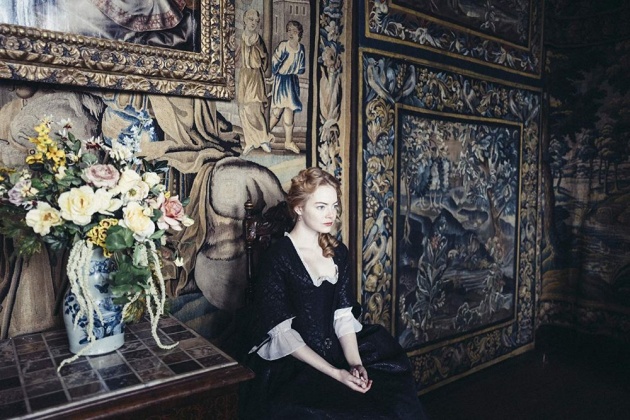 Emma Stone in the comic film about the monarchy of England THE FAVOURITE - Photo credit: backstage.com

Emma Stone and Rachel Weisz got the roles of equal characters, but none of their overshadowed each other. It was a real struggle not only for the title of Queen's Favorite but also for the title of the best actress of the second plan.

The film also featured such great characters as Mark Gatiss and Nicholas Hoult for a short while, but the men's performance did not match the three charming ladies who ruled the situation in this case.

On The Final Note

To summarize this film, I can say that this is a really worthwhile film project whose beauty can best be revealed in the cinema. Like day and night, it differs from the earlier works of the director. So, not only the snobs can go to watch this movie but also ordinary viewers to whom a cinema is one of the ways to spend their leisure time.

THE FAVOURITE - the extremely comical work of the Greek director Yorgos Lanthimos with easy content and extraordinary absurd situation. It fascinates not only by the portrait of England's monarch Anne Stuart and political situation of the country in the 18th century. Also, it presents the incredibly vivid technical nuances of the film, memorable dialogues, and the spectacular show of the three main actors. 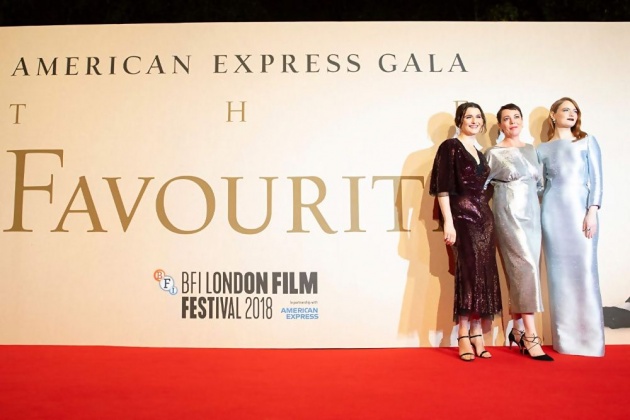 The colorful world, in which genuine feelings and thoughts are hidden under a thick layer of blush, is full of living people who are no different from us. They also get sick and die, fall in love and jealous, envy and pity each other, show greed (often) and sacrifice themselves (rarely). Take your time to watch this movie.

This is a work of art that embraces and embellishes all the joys of cinema while offering a more enjoyable and progressive revisionist history.