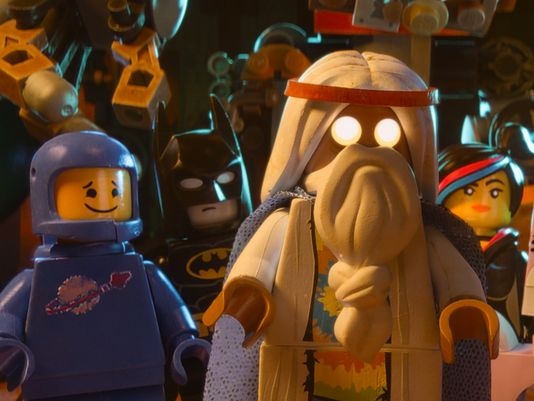 A scene from "The Lego Movie"(Photo: Courtesy of Warner Bros. Pictures AP)

They could have watched a volcano bury an ancient Roman seaport, or seen Kevin Costner try to save the world and his marriage in three days flat. Instead, moviegoers kept going, and going back, to The Lego Movie.

According to preliminary studio estimates, the animated feature earned $31.4 million at North American theaters, or nearly the total of its three closest rivals: Costner’s 3 Days to Kill, the disaster picture Pompeii and a remake of the 1987 movie RoboCop. By far the biggest hit of early 2014, Lego has amassed $183.2 million in 17 days at the domestic box office. When it opens overseas, where the toy brand is even more popular than in the States, the movie will start to make some real money. 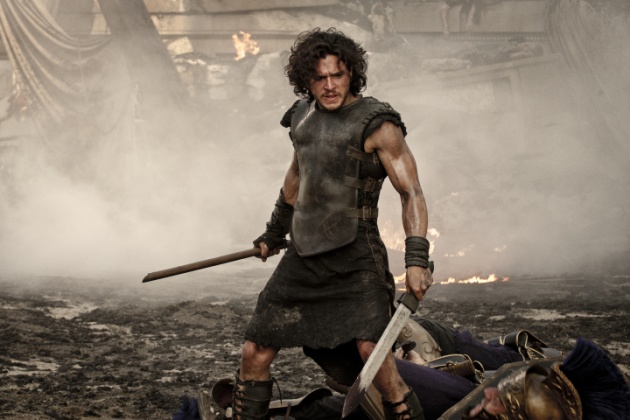 Pompeii, from Resident Evil auteur Paul W.S. Anderson, cost about $100 million to produce — $40 million more than The Lego Movie — and may already be a petrified flop. Its opening-weekend take was just $10 million, just a bit above the $8.9 million scraped together last month by another epic of antiquity, The Legend of Hercules. Customers showed Pompeii no lava: it received a shrugging CinemaScore of B from an audience that was 52% male and 62% age 30 or above. The movie has grossed $22.8 million in foreign markets; it will have to do much stronger business there, or the result will be a fizzle, not a grand explosion. 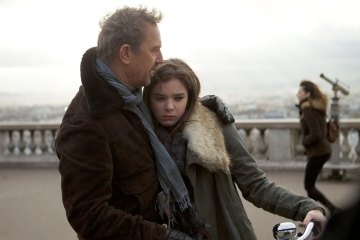 3 Days to Kill, in which Costner plays a CIA hit man with brain cancer who tries to connect with his estranged wife and daughter before his death, is a fish-out-of-water movie for its leading man. He became one of the top worldwide stars from the mid-1980s to the mid-’90s by incarnating old-fashioned heroes in westerns (Dances With Wolves, Silverado, Wyatt Earp) and sports movies (Bull Durham, Field of Dreams, Tin Cup). But he has had little impact since then.

By the modest standards of his recent marquee allure, the $12.3 million opening for 3 Days to Kill is encouraging. In his first starring film role since the 2008 Swing Vote ($6.2 million first weekend), Costner recorded his biggest three-day debut as a headliner since 2006’s The Guardian ($18 million). And since the movie was made for a thrifty $28 million and designed to earn most of its money abroad, it’s not a bad investment. The movie received a B CinemaScore from Costner’s aging fan base; 80% of the early attendees were over 30.

But producer Luc Besson, the French action specialist, had greater success with another AARP-aged actor, Liam Neeson, in the Taken movies, of which 3 Days to Kill is a near duplicate. The first Taken, which opened in North America in 2009, enjoyed a first weekend of $24.7 million, or about twice as much as the 3 Days to Kill opening. Taken 2, in 2012, opened to $49.5 million, quadrupling the Costner take. The Family, a Besson reclamation project for Robert De Niro, also earned more money ($14 million) in its first weekend last September. So Costner may have to put his new killer persona aside and return to sports movies — as he is doing this April, playing an NFL general manager in Ivan Reitman’s Draft Day.

Among holdovers, Frozen still hasn’t thawed: it upped its global gross to $980 million, passing Despicable Me 2 as the top-earning animated feature of 2013. Another Disney animated release, Hayao Miyazaki’s The Wind Rises, opened in 21 theaters to a decent $306,000. Announced as the 73-year-old director’s last film, The Wind Rises is a fanciful biopic of the engineer who designed warplanes for imperial Japan. It has earned $150 million abroad, mostly in Japan, and opens wider in North America next week. Audiences gave the movie an A– CinemaScore.

Here are the Sunday estimates of this weekend’s top-grossing pictures in North American theaters, as reported by Box Office Mojo: