Mr. Trump and The Shock Wave

After the most recent presidential election, many have found themselves questioning not only their own morals but the ethics of the entire country.

I think this is exactly what Trump and co. intended on doing. In the United States, we live in a bipartisan, plurality based voting system. Many overlook this fine detail and forget how it is we elect our officials. Many people argue against the electoral college but really have no idea what exactly it is that is wrong with it. I will explain to you exactly what it is that is wrong with the electoral college electing mechanism.

As mentioned- we all know that we live in a two party system. Constantly, it's Republicans vs. Democrats - Democrats vs Republicans. However true this may be, you can not leave out the third party candidates that nearly always get overlooked. This is the issue- we live in a bipartisan system that requires not a MAJORITY but a plurality of votes to win. Trump played ever so cleverly to this agenda and split and raised emotions from many Americans.

Trump effectively split the entire country right down the middle on broad issues ranging from immigration to abortion. Trump's divide and conquer technique plays directly in favor of the plurality voting system that we live in. I in fact do not believe Trump to be half as bigoted or misogynistic as what he let himself be portrayed as. He played the game of today's politics and did what it took for him to win the plurality of votes ten times out of ten.

Now - I have raised some very serious issues with the world of politics that we live in today and I'm not here to exclaim it is an easy, one thing do all, fix. The first thing that needs to be rethought is the electoral system that we so knowingly let slide by our faces and this bipartisan system of voting that we also let slip by. People must DEMAND for a more viable third and fourth parties.

At the end of the day we should be begging for a majority based voting system, rather than a plurality. The plurality allows for the games that we watched Mr. Trump play for nearly an entire year leading up to the election. We must demand and exhibit that we are not puppets to be manipulated but people with ethics and a desire for change. 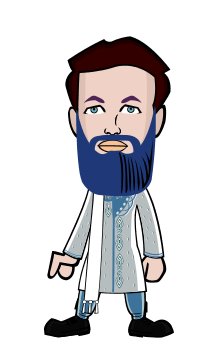