Much More than JPMorgan's $2Billion Lost 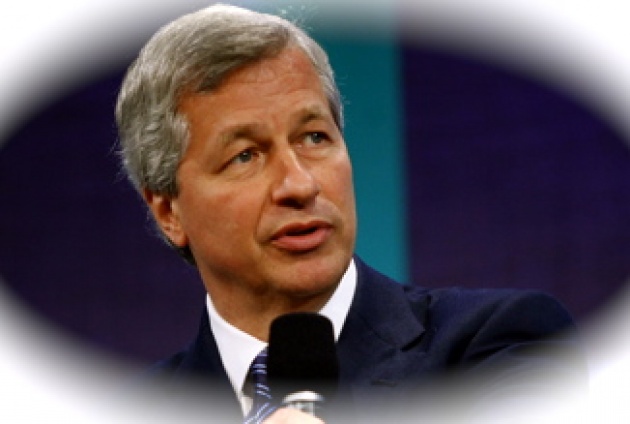 The problem is masked by the size of the loss that is seen as scandal by most and justifying the call for greater regulation by many. The real issue is the devolution of American capitalism where banks played primarily the role of dealmakers and lenders greasing economic growth. Now, it has increasingly become a game of presumed easy money, trading although some have called it gambling.

Trading is not such a bad business not to be merely discounted as “bad.” Undoubtedly trading is a risk, even a gamble, although presumably it is the banks as big money and with knowledge that held the odds in their favor. A good trader does have a bit of gambler, but to become known as the “London Whale” reveals what other traders thought of Bruno Iksil – “whale” is a term used by casinos to describe the big gamblers who walk into their establishment.

JP Morgan’s boss Jamie Dimon (Photo Above) had assumed the role of primary spokesperson against greater regulation of banks, particularly Dodd-Frank adopted in the wake of the international financial crisis. In hindsight though it appears not only that CEO Dimon will be made look imprudent  but also that he may be missing the greater compass of where his bank and American capitalism as a whole need to be led. Business has become too much about getting profits on basis of being a more clever, perhaps even lucky trader rather than raising capital and debt and helping structure deals that continue to enable American production, development and innovation. Again, trading, certainly hedging at least, may be part of a sound financial institution, but when such comes to dominate revenue and profits and thus define the banks then the worry is justified: has Wall Street become a casino and our banks become “whales.” It does not matter whether they win or lose-perhaps it is even worse if JP Morgan would have cashed in a couple of billion. Rather it is about the priorities and what is good for capitalism to fulfill its promise or at least role upon which it justifies itself, the facilitator of capital/loans to the best ideas and industry.

There is also another destructive element to today’s increasingly “predatory capitalism”: the focus on quick, trading profits is fueling speculation and new bubbles in commodities, especially petroleum and foods. In the search for quick profits, it is no longer fundamentals of supply and demand that are determining prices but rather financially driven and amplified speculative investments. Read our Blog for Film - Financial Jungle – Can Anyone Leash the Predator?” It is unhealthy for overall economic equilibrium/stability leading to exaggerated price movements. Consumers, from poor to middle class, are also injured as they have no means of impacting price beyond going without.

JP Morgan can easily absorb the loss of $2 billion. Occupy Wall Street and others will also point to this as an example of excess. We should not forget though to also see this as a threat to America’s own capitalist model which has increasingly been seduced by the lure of easy money, at the expense of substance and what made the US the global economic leader in the first place.