For quite a while I was looking to buy a good laptop which is both powerful and portable, and trust me you will have hard times choosing such a laptop. I wanted a laptop that can run todays demanding games, video editing, and other graphics demanding software. After researching about various laptops, I bought an Asus Rog G751. Which was very good and had everything I need, but there was one thing that really made me to buy MSI GS 60. The G751 was very heavy, weighting nearly 8KG. I am majoring in software engineering, and I had to carry my laptop every day to university. Carrying 8Kg + the bulk of books and stuff is very hard.

As for MSI GS 60. I really liked it, it was very light, weighting about 2.5KG (more or less). And I was very happy with it could run everything that I need it to run, but there were some flause.
1: it ran very, very hot while running games or other demanding stuff. I mean you could literally fry an egg          on it, reaching almost 110 degree.
2: it was loud, even while idling you can hear the fan loudly. Which was really frustrating.
But I was ok with it, because it was normal with these thin and light laptops (not the temps tough).
After using it for a month, the fan on the processor side broke. It was making weird noises. Clicking noise were constantly coming from the fan, and the temperature of the processor went to 78 degree on idle (it was 35c on idle when the laptop fan wasn’t broken). I did some research on the web, and about 70% of the people had the same issue within month of usage. So I had to send it back. As I am living in Pakistan it was such a pain to send it back and wait for months to receive it back.

At that stage I was really frustrated, I was back again at stage 1 which was research the web for a good powerful laptop. Then I came across Lenovo Y50-70(touch).
After researching for quite a while I bought the Lenovo Y50-70 touch.
Here is my review after a month of usage.

I love the design of the Lenovo Y50-70 touch. It has a beautiful black aluminum finish on the top and bottom, and diamond-cut Lenovo logo on top. Which not only does look good but also feels good (but is a finger print magnet). On the inside it has soft rubber finish on the keyboard and trackpad area which helps prevent those sweaty palms while playing demanding games or editing videos. The red color of the JBL speaker grill really shines in black accent. The red backlit keyboard is gorgeous to look at. Drawing the eye with its seductive glow.

My model which is Lenovo Y50-70 touch, has Full HD 1920 x 1080p IPS display, with (up-to 10) multi-finger touch support. But the display isn’t what I would expect considering the price range. The display is too dull and has some backlight bleed on the edges of the screen, which can be seen on dark background images. The display measures around 190 nits of brightness, which is way below average 289 nits, I already used Asus Rog and MSI GS 60, and the display on both of them were gorgeous and very bright, and I can see the difference that it makes getting used to much lower bright display. Due to using an IPS display which is not very bright compare to mainstream laptops. It is almost impossible to use it outdoor in sunny weather.
I saw (on forums) people complaining about very bad display viewing angles on Lenovo Y50-70. My model is fine the display viewing angles are fine, It is not good as ASUS ROG or MSI, but not that bad also (Maybe it’s just me).

Lenovo Y50-70 has two speaker and a sub-woofer (at bottom). It has best speakers I have ever listened on a laptop. The red and black JBL speakers provides rich, loud and balanced audio.

It has the best sound that you are going to get on a laptop. I am very happy by sound quality on this laptop.

The Y50-70 has full-size island-style keyboard which is very good to type on. The red back lighting helps a lot in dark setting. I love the red backlighting on keyboard. It has key travel of 1.56 mm, which in practice takes a little more effort to press. But so far it hasn’t affected my typing speed. Lenovo also included a full number pad, which is good for those number crunchers and for me also. The SPACE key is shifted to the left just a little, and the CAPSLOCK key is also very close the rest of the keyboard, it took me a while to get used to. So far I had a great experience with the keyboard.

Now on the other hand the track pad is a whole other story. It is bad, very bad. Sometimes it just won’t work, or it will not track where you want it to. The clicky keys are mushy and fells weird while clicking. I am very disappointed from Lenovo by including this kind of track pad in such a good laptop.

Excessive heat was the main reason I had to move on from MSI GS 60. So far Lenovo Y-50 has been great. It doesn’t get too hot. I have been playing games on it and the temperatures were very good considering the size of the laptop and power. It will get hot during long sessions of game play around 91 degrees, which is hotter than comfort zone, but it’s not burning hot. The keyboard area just got a little warmer while playing Battlefield 4 between G and H keys, but not that hot to get sweaty palm or anything like that.
The air intake is on the bottom of the laptop, and it exhaust it out on the top of the laptop.

The Y50-70 Touch's 720p integrated webcam does a good job of catching color. My skin looked warm and radiant, but it lacked the details. The picture looks a little off and the overall image looked distorted. It is also hard to capture texts in the background.

My Lenovo Y50-Touch comes with an NVidia GeForce GTX 960M GPU with 4GB of VRAM. It's not the most powerful, but it can definitely hold its ground. I played a lot of games on it, and it definitely can run most of the graphics demanding games like battlefield 4, crisis 3, and metro last light and many more. You might have to lower down the graphics setting just a little bit.
It also comes with an integrated Intel HD 4600 Graphics for normal use, it is equipped with NVIDIA OPTIMUS technology, which automatically switches graphics card according to your work load.
While playing battlefield 4 on ultra with 1920 x 1080p resolution the frame rate were around 26 fps, which is not smoothly playable, dropping the setting just a little bit to high the Fps were around 40. Which is both playable and smooth.
On the BioShock Infinite test, the Y50-70 Touch scored 58 fps at 1920x 1080 on medium, bumping the settings up to High the Y50-70 Touch's frame rate to drop to 42 fps.

The thing that really frustrated me about this laptop is the hard drive.it comes with 1TB of western digital hard drive. It was slow, after using it for just 1 week my hard drive failed, it won’t boot. I had to change my hard drive. All of data was gone. Then I bought a Toshiba 650GB 7200RPM HDD, and swapped it out with the existing one.
And after that my laptop is running like a champ. If you use an external HDD for your data then I would suggest swapping the HDD with an SSD, which will make it way faster.
Performance is very good on my laptop it can handle any stuff that I through at it.

The battery life on Lenovo Y50-70 is bad, it lasts only for 2 hours and 45 min on web surfing and doing normal work. Which is very bad battery timing. While playing games on battery (which I won’t recommend, because you lose a lot of performance) it lasted for 40 min. I am not happy with battery timing in my laptop. If you're planning to take your gaming on the road, make sure to pack the Y50-70 power cord.

On the right side of the laptop it has a USB 2.0 port, SD Card reader, a Kensington lock slot and a headphones and microphone jack. On the left side it has pair of USB 3.0 ports, an HDMI port, Gigabit Ethernet port and a proprietary power port.

I have been using this laptop for almost 2 months now. And I am so far happy with it.
Should I buy this laptop?
Ans: well I would say I depends upon what you are doing, if you are editing videos or just like graphics intensive games, or any other stuff that you do that requires a powerful machine. Then I would definitely suggest it to you, I know there are a lot of other laptops, but before buying any laptop you should check it out on forums and reviews to see if it suits your needs. And another factor would be portability. If you like a portable power house then this is a good choice. It has some issues but other than that it’s a good choice. If you don’t need portable, then I would say ASUS ROG is the best choice.
Ans2: If you are an average user who just wants a good laptop and doesn’t need the power, then I would suggest buying an Ultrabook, which has a great battery life, more portable and can also handle some gaming and less demanding stuff.

All of these are just my personal opinion after using the laptop. Please make sure to check more details about laptops online before buying  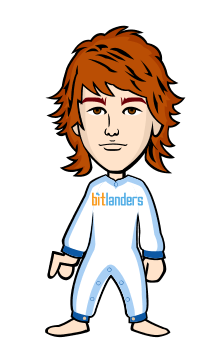 [Artificial Intelligence] Robots With A Human Touch: Is It Possible?

[Artificial Intelligence] Robots With A Human Touch: Is It Possible? - Photo credit: blog, edition b…