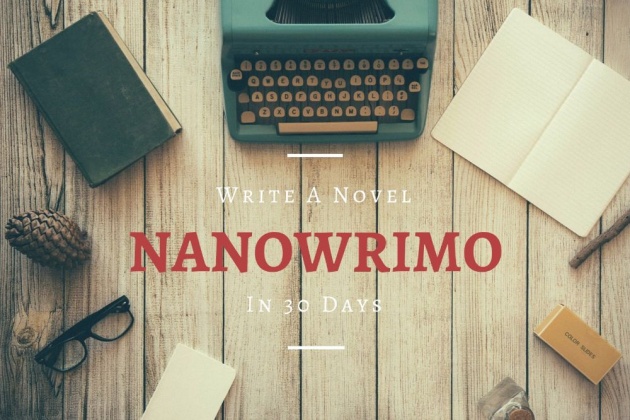 Image credits: Typewriter by Free-Photos via Pixabay.com and Canva.com

It's almost that time of the year again: November, and with it, NaNoWriMo. Well, not yet, we still have time—but before November comes October, and depending on your goals for NaNo, you may need this month to get ready, too.

Short for National Novel Writing Month, this project started in 1999, when a few friends (including founder Nick Baty) decided to gather and write those novels thay had always wanted to write, but never got to, because other things kept getting in the way. The rules were simple: the "event" ran from November 1 to 30th, the novel had to be 50,000 words at least, and it had to be a project on its own (no short stories, for instance).

NaNoWriMo has endured and grown until today, and now counts hundreds of thousands of participants in many countries around the world. The rules have remained the same, although many people, myself included, tend to bend them slightly, for instance by using the month of November to finish an existing novel.

You can find all the information you need at http://nanowrimo.org

But why would I do that?!


Video credits: Five Reasons to do NaNoWriMo by Katytastic via YouTube


NaNoWriMo has its detractors, and one argument I've seen raised often is that "by writing so quickly, you can't write anything of quality". Which is true! However, for me, there are several reasons why I think NaNo is a good approach to writing:

Personally, I've experienced exactly this, all the more because I write mostly in a language that isn't my own (English). Over the years, I've noticed that I've made huge progress in English, both in grammar and literary quality. Without NaNoWriMo, I don't think I'd have written enough so quickly to improve so much.

But, mostly, do NaNoWriMo because it's fun. 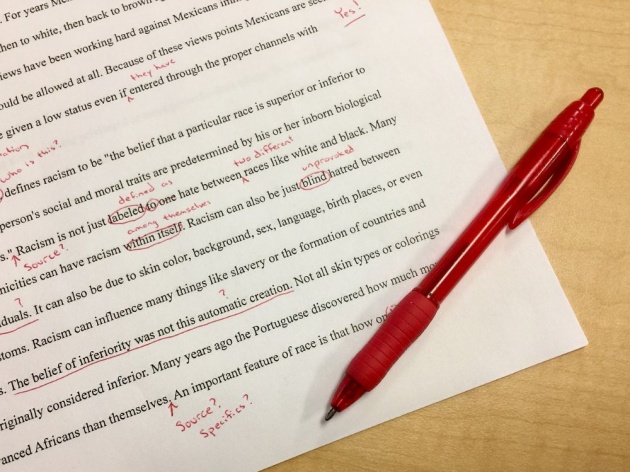 Because NaNoWriMo can feel as daunting and overwhelming as it is exciting, a lot of participants tend to encourage each other by writing socially: either during real-life "write-ins", or by keeping in contact through other means, such as the official forums, or chat rooms. Here are a few ways of doing that, and getting access to many resources, if you want to give NaNo a try.

The forums are likely going to be you first point of contact with other writers. Creating an account is free, and there are sub-forums for pretty much everything: plot doctoring, character threads, illustrations, asking questions to people who're specialised on certain topics, and so on. If you need to ask  something, and no one else did it before, you just have to create a new thread, and it's highly likely someone will quickly help you.

You can also join a region, that is, a sub-forum specifically for people in your area. Depending on the country's size, these regions can be a city (London, New York, San Francisco...) or a whole country. When I started, some 13 years ago, France was one region; now it has several (Paris and province regions). 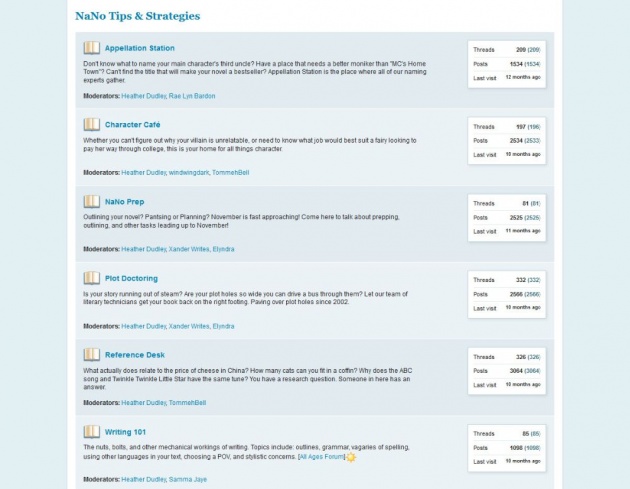 If you're in an area where more people than just you is taking part in NaNoWriMo, I can only recommend going at least once to a write-in. These social gatherings aim at having people meet in a Starbuck or other public place, preferrably one where coffee, tea and treats are readily available, where they can write together and encourage each other. Everyone keeps working on their own project, of course—it's not about coming up with ideas for yet another novel (althoug this might just happen!)—and it may not work for you if it makes you distracted and prone to chatting instead of working on your own project. However, being with fellow writers can also help if you're stuck on a plot point and needs to bounce ideas, or to dare each other to word wars.

Write-ins are traditionally announced in each region's forums. 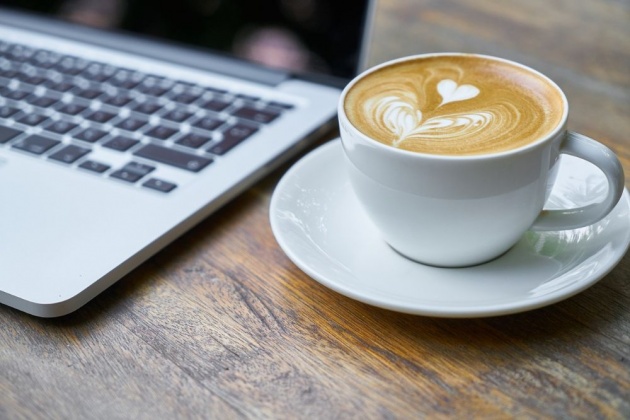 Word wars are short sessions (usually 15-20 minutes) during which the main rule is "shut up and write". Write as fast and as much as you can, and at the end, see who has the most words, and has therefore "won". Again, it doesn't work for everyone. It does titillate my competitive streak, though, so I like taking part when I go to write-ins or use one of the NaNoWriMo IRC channels.

A word about those: they're usually unofficial, meaning they're not hosted on the NaNoWriMo website or servers, but set up by people in the. The one I go to is a French channel, where I first signed up some ten years ago or so, and I've never really left since then. If there is one for your region, there'll be a post in that region's forums to let you know how to join.

Although they can lead to procrastination, these are also a good way of following other people's NaNoWriMo shenanigans. Most often, there'll be a thread in the forums where writers can post links to their social media accounts, and/or to their writing blogs. Back when I started, a lot of us were on LiveJournal (that's how I got to know people I'm still in contact with a decade later), but this trend seems to have passed a while ago. 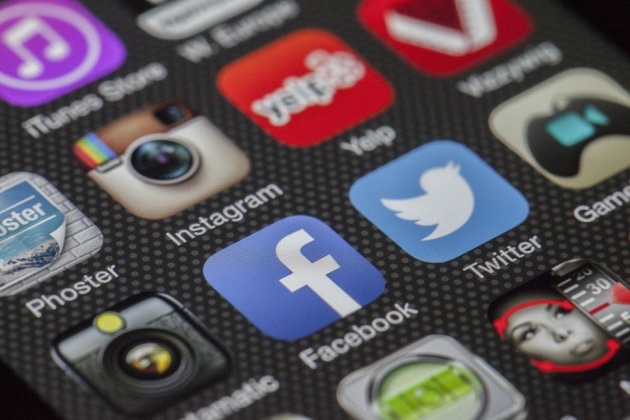 The Tools of the Trade

Most of those have their own websites, and can be found through the forums (pinned posts).

Whichever tool you choose is entirely up to you! Some writers go with good old pen and paper, others use Word or OpenOffice, others yet go with an online editor such as the one on Google Drive. "Whatever works for you" is the only rule.

I am partial to cloud-based word processors in general, for various reasons, but the main ones are their included word count features, and the fact they're readily available to me to write at work during my breaks, or on a tablet or laptop in a coffee. Having tried many over the last 13 years or so, I currently stick with a cloud-based service called Dabble. However, there are many more. Here are a few examples. 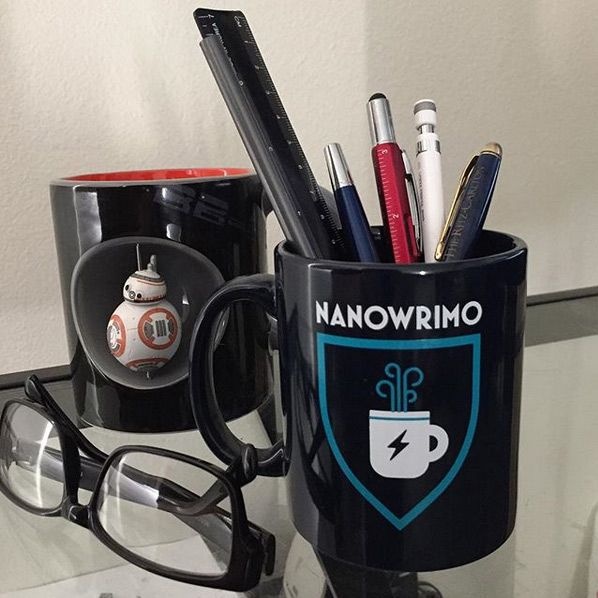 This tool was developed in 2017, and its creator did it specifically with the NaNoWriMo audience in mind, among others. Its interface is fairly minimalist, so you won't get distracted, and it can be used through an installable version or a web version (a mobile app is currently in the works). Its embedded word count tool, linked to the one on the NaNoWriMo website, also shows your daily progress in bars.

It is a paid service, so it won't be appropriate for everyone; however, if you're OK with this, NaNo participants get a discount when they write their novel, and another one at the end of November if they've met the 50k goal.

Dabble had an upgrade recently, and its creator is very much invested in it, as well as keeping close contact with the community. I didn't have many problems with the software, except last year at the very beginning, but when I did, he was in touch and solved the issue very quickly.

Free, cloud-based and therefore accessible even from a different computer than your usual one, comes with your Google account, and has a word processor with a word count feature.

I'm putting these two together because they both stem from the same project and are fairly similar in how you handle them (and to Microsoft Word as well, at least the way it used to be before the ribbon interface was introduced). They're open source, so they won't cost you a penny, and have a portable version so that you can easily carry them to another computer without having to worry about reinstalling every time.

Another paid cloud-based service, 4TheWords adds a gaming component to writing. You can choose to battle specific monsters, that you only triumph over when you beat the word count associated to them, and gather items this way, which will help you progress in quests. While writing is still the main goal, who said a writer can't be a gameras well, right?

The NaNoWriMo website offers a variety of tools, including trackers here: https://nanowrimo.org/word-count-helpers

You can include their code on your blog if you have one, for others to see your progress.

For those who enjoy tracking down their progress and see graphs and histograms grow day after day. It can be quite motivating!

Some people are pantsers (improvising everything... and hanging by the seat of their pants!), other are planners (everything must be planned in advance. Most people, like me, are somewhere in between.

Whatever method works, but if you feel the prospects of improvising daunting, here are a few ideas to help you plan in October.


Video credits: PREPTOBER | Planning Your Novel for NaNoWriMo by Kristen Martin via YouTube

The magna carta is not a piece of software, but a couple of lists: the first lists what you like as a reader, the second what you don't like.

The idea behind this is that, strangely enough, when writing on the fly, we end up putting things we don't necessary like in our stories: because we've seen them recently in other novels, because we unconsciously didn't think of a better way to go as we were writing, and so on.

An example of things I don't like on my own list would be: "the main character looks at themselves in the mirror and describes themselves after they get up on any normal day", because it usually feels like a stilted, very artificial way of letting the reader know what they look like. And still, for some reason, I regularly do it! So, my list reminds me to avoid this... or to find a way to subvert it, if really I want it in. 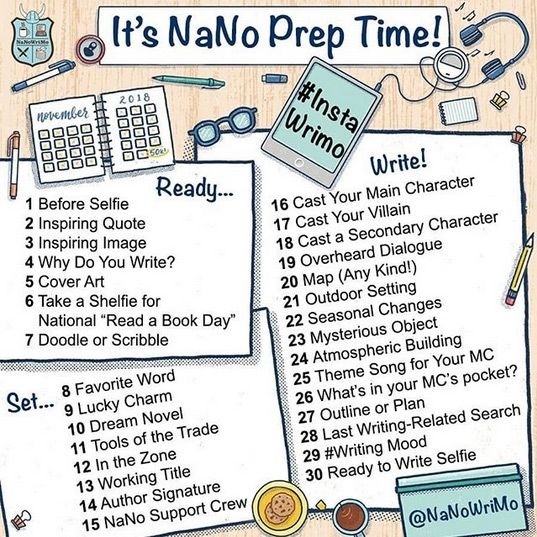 If, like in my case, music easily inspires you and gives you a boost, use the month of October to also create a playlist of your own. Many people share theirs on the forums, and if you lack ideas, have a look at those as well. I've discovered many artists along the years, just by doing that, whom I keep listening to long after—so whatever you do with this, it's never going to be a waste of time.

YouTube and Spotify are great places to start looking, and you can easily share your playlists as well afterwards. 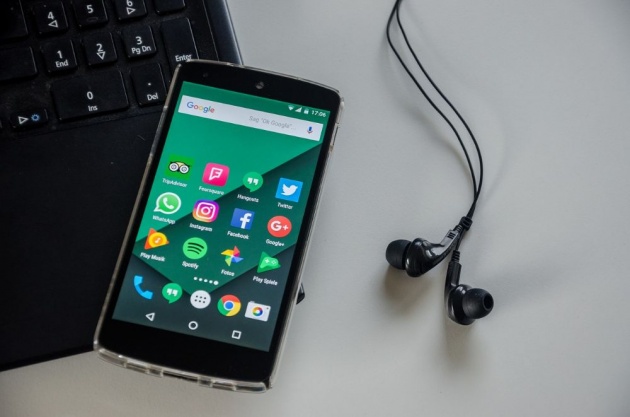 There's so much more I could say about NaNoWriMo, and one blog post wouldn't be enough. So if there's anything you'd like me to develop, feel free to reach out.

And if you decide to take part... Good luck, and have fun!

Why Writing Is Important

Photo Credit: Pixabay via Pexels, Edition by Pamclamille for bitlanders.com Are you struggling with …