What’s going on?!! The new FAMusicTV video from Midnight Spin Band is hilarious!

Before you watch this incredibly amazing video, a short bio-story:

The story is pretty simple: Fourteen months ago, in a cheap hotel room on the outskirts of Bangkok, drummer Danny Scull emailed a video of himself, singing, to his oldest friend and band mate Michael Corbett.

The quality of this demo song was terrible, and Scull had been awake for almost three days. For some musicians, inspiration can strike at any time, and this is exactly how Midnight Spin operates. Corbett crammed the lyrics, sped off to a Manhattan recording studio, and laid down the blistering final vocal track for the band’s debut album Don't Let Me Sleep, due out January 15. 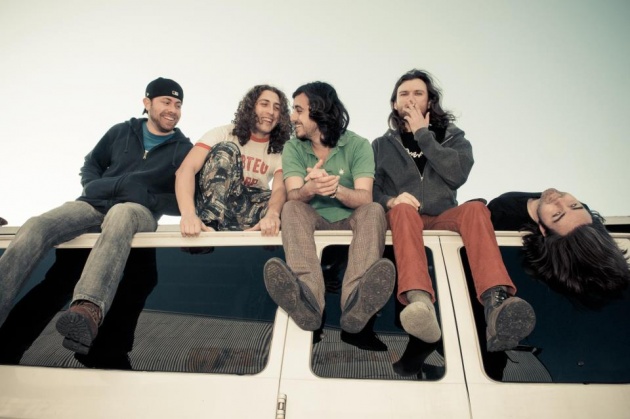 Not that this is anything new for them. The two friends have been writing songs, breaking amps, and generally forging a musical bond since their days in middle school having grown up together on the north side of Washington DC. However, it wasn’t until 2008 when they washed up on the shores of Brooklyn that Midnight Spin began to take shape.

Originally conceived as an alt-rock four-piece. By 2012, Midnight Spin was ready to heed the call of the recording studio and answer with a few Corbett banshee screams of their own.

The album Don’t Let Me Sleep is produced by Justin Gerrish. This is the result of endless bleary-eyed practice sessions and late night stumbling across the East River that has inspired and yielded a full-length album worthy of its name.

The song scrapes together everything you once loved about rock and indie music.