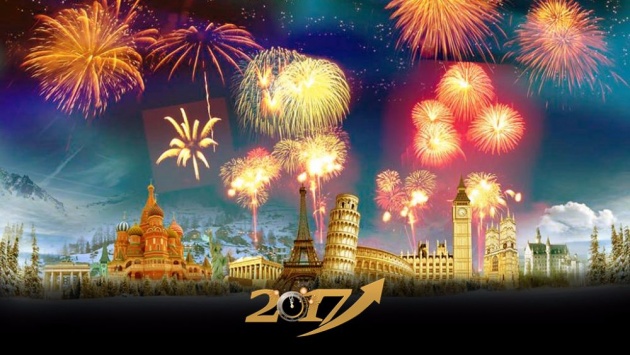 This December is the last month of 2016 and 2017 is ready to click the New Year calendar. New Year is considered a special day and celebrated all over the countries of the world with enthusiasm and great fun. On that day, people around the world welcome upcoming year according to their own traditions and customs. People buy gifts, decorate homes and buy new costumes and different things from shops. Shopping areas are full of crowd on these days. On 1st January, in some countries people celebrate national holiday like America, England, Spain, Italy and Czech Republic. Celebrations of New Year start on 31th December at evening, the last day of the Gregorian calendar. As soon as at the midnight clock strikes 12 am, different countries celebrate the start of New Year with a spectacular fireworks display. People arranged parties with friends and family enjoy the feast and spread joy everywhere. More than billion of people celebrate this day that’s why New Year considered one of the most celebrated days around the world.

History of the New Year:

If we go through the history of New Year, we come to know that very first time it was originated by ancient Babylon 4,000 years back. According to Babylon, they celebrated their new year on the first day of spring with the first new moon. It is believed, that the first day of spring began with an equal amount of the sun and moon which indicated the rebirth of the natural world. Babylon celebrated the New Year with religious manners that’s why they marked it with religious festival named Akitu and which continued eleven days. 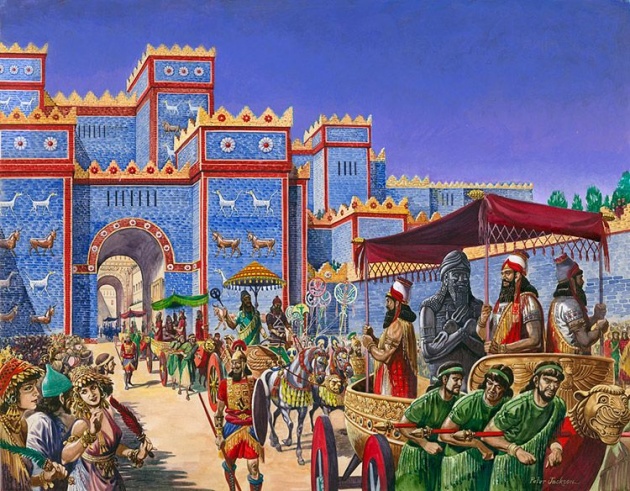 According to the ancient Romans, they designed calendar with ten months while ignored remaining two months January and February. Romans marked their new year in late March. In 8th century, this calendar was created and introduced by the founder of the Rome named Romulus.

Later on, second ruler of Rome named Numa Pompilius added remaining two months in the calendar. Then in 153 B.C, Romans celebrated their New Year on 1st January and from here the New Year festival was moved from March to January. Some people of Romans still did not follow this new calendar and in this way they celebrated it on the month of first March.

During the middle ages, the medieval Europeans were considered the New Year’s celebration a pagan. The Council of Tours abolished the month of January 1st in 567. Throughout in Europe the Christians celebrated the New Year on different dates and month like on 25th December, 1st March and 25th March. Later on in 1582, Pope Gregory XIII who introduced the month of October and again selected 1st January as a New Year’s Day and called this calendar Gregorian calendar. Most of the Protestants & Catholic countries adapted Gregorian calendar. In the Britain, still did not adopt this new calendar and most of the Americans colonies and British people and empire celebrated their New Year in the month of March. But in 1752, they adapted the Gregorian calendar and celebrated the New Year on 1st January.

The Difference Between Julian and Gregorian Calendars. The Gregorian Calendar was first introduced by Pope Gregory XIII - which is how the calendar got its name. This calendar has been implemented by several countries because the Julian calendar assumes a full year is 365.25 days whereas it is actually 11 minutes less.[1]

According to the tradition of French people they enjoy their New Year celebrations with meals and snacks. They made traditional dishes like foie gras (flavor duck) platter, pancakes and severed special drink champagne to their guests. According to the French tradition, the main purpose of arranging this special food party brings good luck and prosperity in the lives of those all who attend this feast. France also organize a procession, in which large number of people participates and enjoy the Parade, dance and sing. 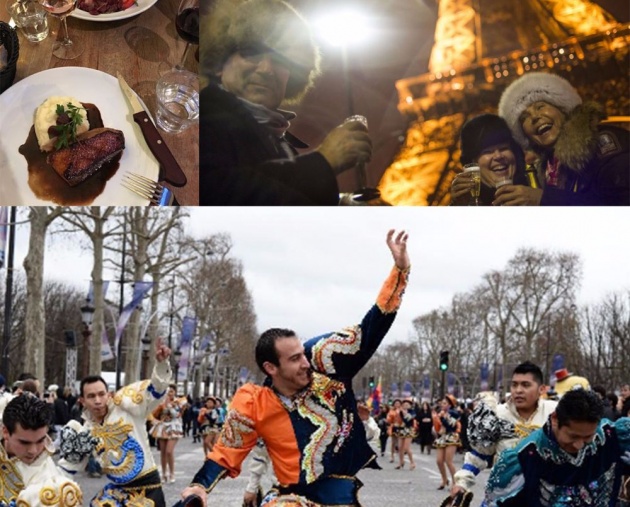 According to the tradition of Spain, people eat twelve grapes at the mid night clock strikes 12 am. Doing this, they believe that it will bring happiness, good luck and prosperity for the upcoming twelve months.

As the mid night clock strikes 12 in America, according to their most popular tradition they drop a giant ball in the city of New York named Times Square. Very first this tradition was introduced in 1907. Millions of people across the world watch this event. People at the mid night of the New Year also arranged their own small versions of Time Square’s dropping ball tradition.

American people arranged special dinner for their friends and family. They called this special dinner soul food which consists of rice (called it Hoppin Jhon) and black eye beans.

Italy tradition is somehow interesting in a way as it is little bit funny and naughty.... :P In Italy on New Year evening people wear red underwear which indicates to bring good luck, love and prosperity isn't it so hehe :D. Italian people, also gather in St. Mark’s Square in Venice for watching the mass session of kissing and on that time spectacular fireworks is displayed.

According to the tradition of Philippines, they give importance to round shaped objects and believed everything should be round. Filipinos wear polka dots dress, pockets fill with coins and eat round shaped fruits it is believed these will bring good luck, wealth and prosperity. They also make much noise on New Year because it is considered doing this it will frighten the evil begins. 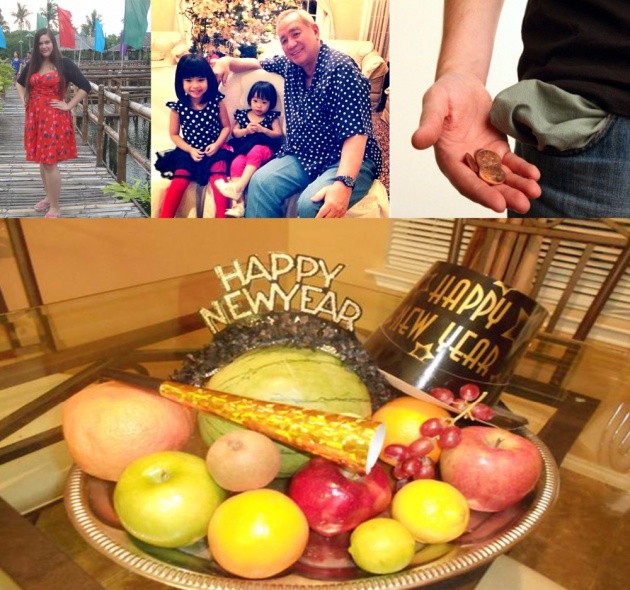 In Denmark, people according to their tradition save unused crockery like plates, dishes and glass. Further they smash these unused crockery on the doorstep of their neighbors' house and if they (neighbors) find so many broken crockery at their doorstep. They believe doing of this will bring good luck, find so many good friends and well wishers in upcoming twelve months

In Turkey, at mid night when clock strikes 12 am, people sprinkle salt on their doorsteps. According to their thinking it will bring peace, progress in business and happiness in homes.

According to the Chinese tradition, people paint the front doors of their houses with red color because this act will bring good fortune and happiness. On that day, they also hide all knives so nobody can cut themselves. It is believed cutting could indicate a bad luck for the whole family members and it will continue for the upcoming twelve months.

According to the tradition of England, people believed if any guest who will arrives first in their home will bring good fortune for them called “First Footing”. According to this people of England believed, guest should be a male and bring gifts with him like drink, loaf and coal these will bring good luck throughout the New Year. If he will not bring these gifts with him then not allowed to enter in the house.

In Japan, people celebrate New Year with their family and they clean and decorate their homes because doing this act will bring good fortune for them. In Japan on the start of New Year all the Buddhist temples ring the bells 108 times.

According to the tradition of Greece, they baked bread called Vasilópita which contains a coin. It is believed if any person who gets a slice in which she/he finds coin will considered luckiest person. At the mid night they also turned off the lights because they can well come the New Year’s Day with fresh mind and eyes. On New Year people also arranged food parties and card games. 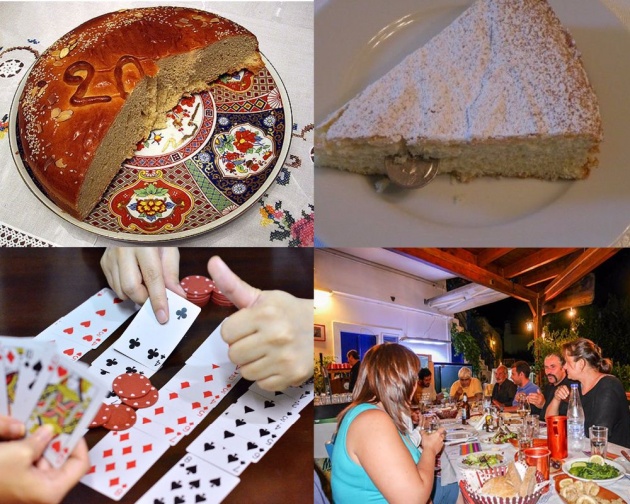 On start of the New Year many countries organize parades, spectacular firework display and delicious food. In countries like Dubai, England, Sydney, Belgium, Portugal, Poland, Sweden, Czech Republic, Germany, France and in Scotland different musical parties held. In English speaking countries, people also sing the popular New Year song “Auld Lang Syne” in the mid night when clock strikes 12 am. In some countries, on the day of New Year some food considered luckiest for the feast which is black eyed peas, cabbage, pork and round shaped foods.

Christians are lucky as they get double opportunity of celebrations :) as New Year just starts after the 6 days of their Christmas.

Thanks for sparing time in reading My 38th attempt for my virtual home "BitLanders".... Stay Connected for more articles.....  ツ