What Is The Fake News?

There are also viral articles in the internet world which is "The First Ever Released Photo Of The Ebola Virus Victim Who Rises From Dead" and if you look at the picture you will be convinced that the picture is actually true.

Who Started The Fake News?

As of now, the writer who wrote this fake news is still unknown but this writer is one intelligent writer because the writer managed to make the people believe his lies and brought fear to lots of people around the world.

There is also an article that stated that the news about the Ebola Virus Victim who rises from the dead has also been posted in the Yahoo news but for some reason the posted news has been removed and can never be seen by anyone no matter how hard you look for it.

Is There Something Strange About This Fake News?

If The News Is Fake Then What About The Photo?

Obviously, the spreading photo of the first ever Ebola Virus Victim who rises from the dead is also fake. In fact, according to Hoax Slayer the photo is an edited screenshot of a zombie in the movie "World War Z".

Don't Be A Victim Of Fake News Again

Now that you already know that it's not so hard to make a fake news you better not to believe any news especially something like the Zombie Apocalypse when the news has not been reported in the television yet. 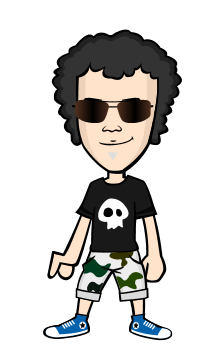 Hi! I'm John Patrick de Lacy from the Philippines. I want to make a lot of friends here and i hope that i will be able to befriend all the bitlanders!

Are You Aware of These Virus and Malware Threats

Image Credit: @artbytes via Bitlanders According to Internet World Stats, there are already more th…

How to Identify Fake News in Social Media

The Night Eats the World themoviedb.org I really like Zombie movies, certainly, I enjoy most of w…