Newton gave a mathematical relationship between the applied force on a body, acceleration and mass of the body which is known as Newton’s second law of motion.

Where ‘F’ is net force “m” is mass of the body and “a” is acceleration produced in the body. 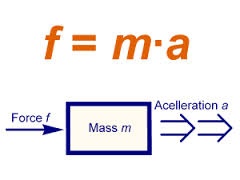 In case of free falling body acceleration due to gravity is “g” (near surface equal to 9.8m/s/s). Gravitational Force acting on the body provides weight to the body. So equation will be W=mg

I have been asked this question to many people in my university and college as well but I observe that mostly people are very clear that Newton and Galileo are not contradicting with each other, but when I asked my next question which is

“According to Galileo acceleration due to gravity is independent upon mass pf the body.

But according to Newton’s second law of motion “acceleration is inversely proportional to the mass of the body.”

I found mostly people confused were about this even in physics groups on Face book also. But it is very interesting that both are not contradicting with each other.

Force is a vector physical quantity.. In SI units unit of force is ‘Newton’. One Newton is quantity of force which produces acceleration of magnitude 1 m/s if the mass of the body is 1 kg.

From above equation we can find magnitude of force .For example 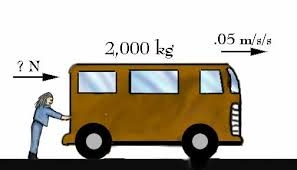 It is a serious of my blog named “Newton’s law of Motion” .I hope these are informative.

i am student of geology