Being an 80s baby, I grew up watching Disney princess movies like Snow White, Cinderella, Beauty and the Beast, and the Little Mermaid, which holds a special place in my heart as it is my favorite Disney movie of all time. The classic Disney princesses were mostly presented as sweet, charming, warm, and kindhearted princesses. However, if there is one thing that they all share in common is that all of them have princes who save them some way or another.

Throughout the years, people have noticed that young girls who were exposed to these Disney princesses end up with low self-esteem. Additionally, the millennials of today no longer find interest in weak characters. And so the evolution of Disney princesses began and gave birth to a whole new generation of stronger and more independent Disney princesses--just like Elsa and Anna of  Frozen, Merida of Brave, and Moana. Moana is not just another Disney princess waiting for her prince to come. It is a coming of age movie that does not require a prince for the princess to be successful. 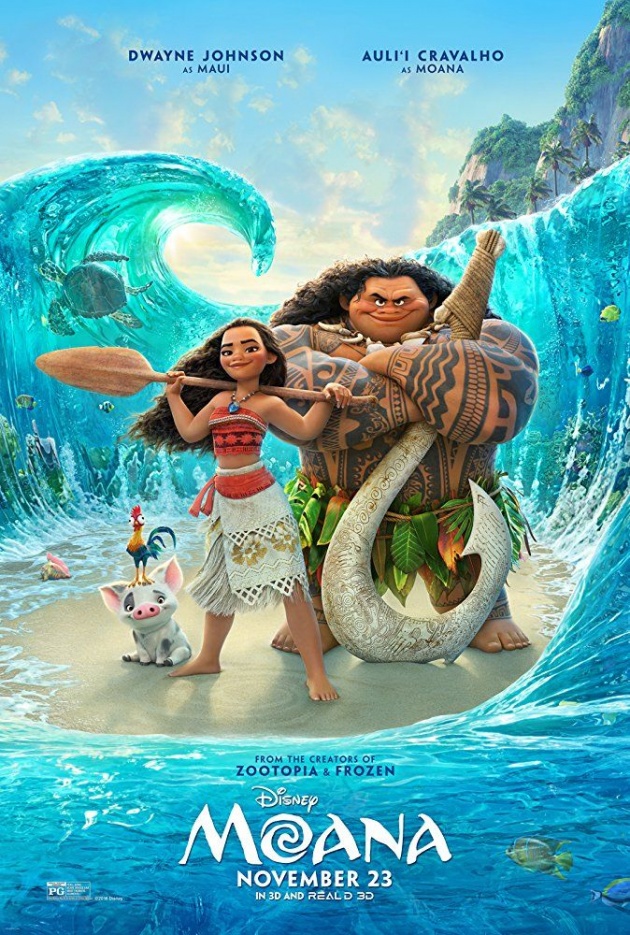 I'll try to limit the spoilers on this movie review as much as I can. However, I cannot promise anything--so proceed at your own risk. 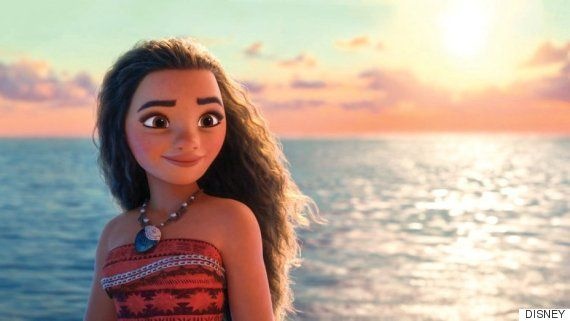 Moana Waialiki is the daughter of their Island's chieftain and is set to inherit the leadership upon her coming of age. She is a free-spirited, strong-willed, and stubborn princess who has an innate love for the sea and voyaging. She is also fearless-maybe a little too fearless for her own good. She takes great pride in what and who she is and will not back away from new challenges--even if that means going on a long sea voyage on her own in search of a trickster demigod in order to save her village. 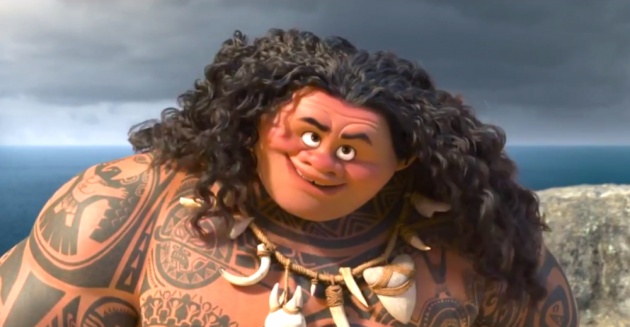 Maui is a trickster demigod in Hawaiian mythology. He was born a human but was cast out by his parents. Fortunately, the sea Gods took pity on him. They saved and granted him with supernatural powers, which he uses to do a lot of mischiefs. Although mischievous in nature, he is genuinely concerned and wants to help mankind--that's why he stole the heart of the Goddess Te Fiti, which had the power of creation. Little did he know what he is unleashing to the world he badly wants to protect by doing so.

As the lead male protagonist of the movie, he and Moana will form a strong bond between them. However, as early as now, I am already letting you know that he is NOT Moana's love interest. 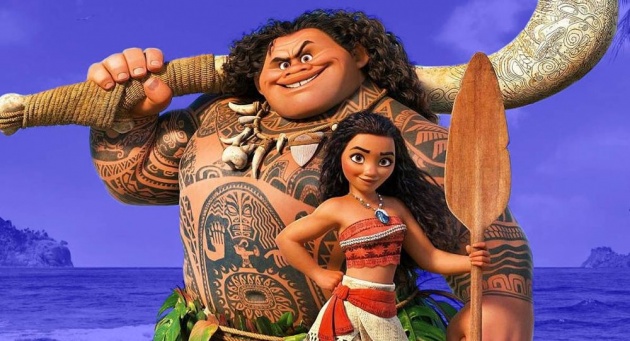 Gramma Tala is Moana's paternal grandmother. She comes from an ancient line of South Pacific navigators that's why she has an innate love for the sea--which she shares with her granddaughter. And being the only one who refuses to forget her roots and heritage, she became known as the "keeper of ancient secrets". However, she is also dubbed as the "village crazy lady".

Moana: "Why are you acting weird?"
Tala: "I'm the village crazy lady, that's my job."
―Moana and Tala 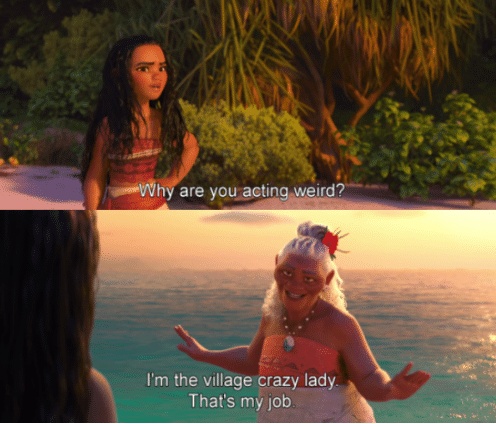 But no matter what people call her, in her heart, she only wants to see her people return to their former glory as master wayfinders.

Chief Tui is the chieftain of the island village of Motunui and the father of Moana.

Sina is the mother of Moana and wife of Chief Tui.

Moana is an ancient, coming of age Polynesian tale that embodies empowerment and self-discovery. It is based on some Polynesian mythological stories and follows a well-worn storyline about love for family and country--or, in her case, island. 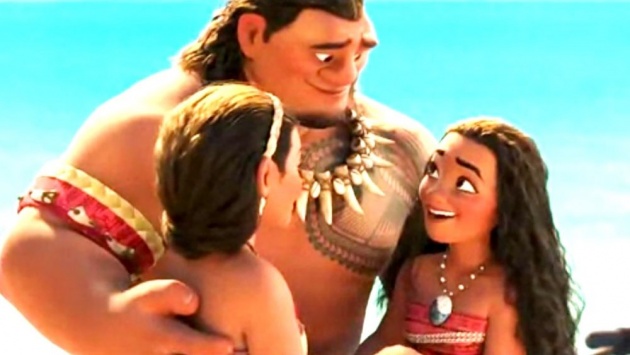 Moana is the daughter of Chief Tui, the island chief, and is set to inherit the leadership upon her coming of age. However, a great misfortune has befallen her island--fishermen can't catch any fish and their crops start to fail. To heal her island, she will have to embark on an important and dangerous mission. She was chosen by the sea to retrieve the heart of Te Fiti, which was stolen by the mischievous trickster God, Maui. And so her epic journey across the Pacific begins.

Well, I won't say any more than that, to avoid spoilers. I'd just leave it to you to watch the movie

See the light as it shines on the sea?
It's blinding
But no one knows
How deep it goes

Tell me you didn't just sing those lines while reading. Who doesn't know and love this iconic song? I could play it on loop for the whole day and still wouldn't get tired of it. The song is not just catchy, it also has a very powerful meaning.  It talks about a girl conflicted about her role in life and what she really wants to do. Her duties to her family and people hold her back. But, she knows deep in her heart that she is meant for something greater.  Listen to the whole song here--but, be warned! Once you listen to this, you will be singing it the whole day--maybe the entire week!

The success behind the movie Moana is neither influenced by luck nor coincidence. The team behind it did a lot of research in order to keep the traditions and cultures from that place and time. Take, for example, the soundtrack of the movie. Disney even recruited Opetaia Foa’i, a Samoan musician, to help them create authentic music from that place and time. The storyline they chose and the animation was just superb from my standpoint. it's also a big plus that they opted not to give Moana a love interest. She's just a teenager, for crying out loud! Yup, being a mother makes me think this way these days. lol

Rotten tomatoes rates it a 7.9 out of 10 while IMDB gives it a 7.6 out of 10. Well, as for me, I give it a full 10 out of 10 score. This movie made me laugh and cry--not at the same time, mind you! It is a lighthearted and funny movie with occasional scenes that will make you feel a bit melancholic. You may even shed a tear or two. However, if there is one definite lesson I learned from this movie is that whether you are a girl, boy, human, deity, or a chicken, you can accomplish big things. 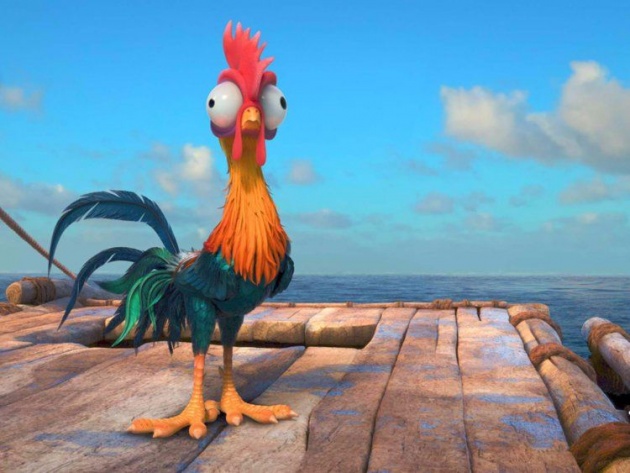 That chicken sure went on an adventure of a lifetime. lol

How about you? Have you seen this movie yet? If yes, what did you think of it? Tell me in the comments section below If not, I highly recommend that you do.

I'd appreciate it if you could take the time to answer the two Querlo surveys below. Thanks!

Image credits:reddit Judging the movie based on the poster is not a good habit. I looked upon Netfli…

10 Christmas Movies To Watch With The Family

Image Credit: @artbytes via bitlanders It's December and it's Christmas season once again! With at …