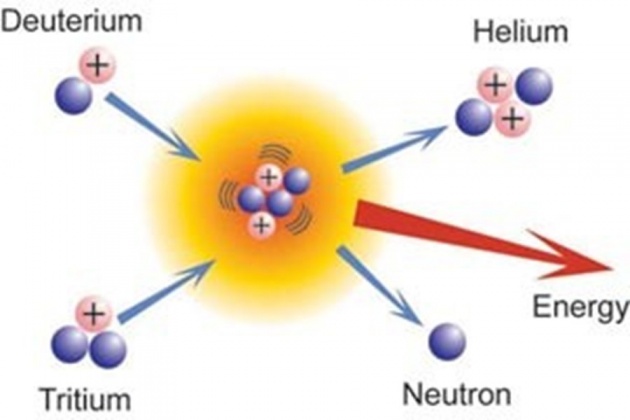 For energy production,the fusion process would be 6 times more efficient than the fission of uranium.However for the combination of positive nuclei,huge amount of energy (Mev) is required to overcome the columb's repulsion. 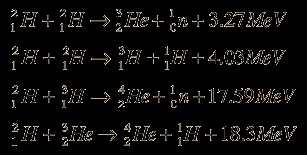 Nuclear Fusion in Stars:
Ancient astronomers thought that the sun was a ball of fire,but now astronomers come to know that it's nuclear fusion going on in the core of the stars that allows them to output so much energy.Let's take the conditions necessary to create fusion in stars and some of the different kinds of fusion that can go on.
The core of a star is an intense environment.The pressures are enormous and temperatures can be greater than 15 million kelvin,this is the kind of conditions you need for nuclear fusion to take place.Once these conditions are reached in the core of a star,nuclear fusion converts hydrogen atoms into helium atom through a multi-stage process. 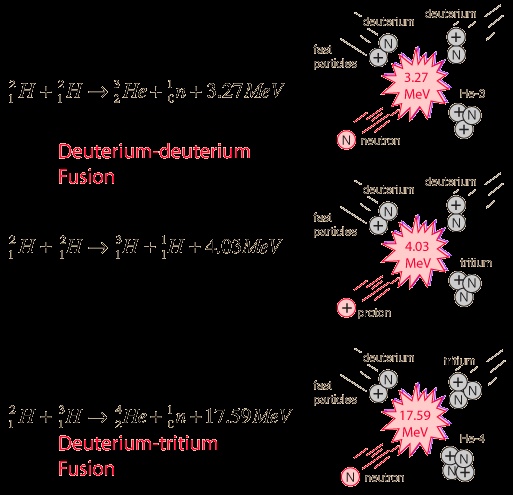 To complete this process two hydrogen atoms are merged together in a deutrium atom,this deutrium atom then can be merged with another hydrogen atom to form a light isotope of helium.Finally two of the helium 3-nuclei can be merged together to form a helium 4-atom.This whole reaction is exothermic and so it releases a tremendous amount of energy in the form of the gamma rays.These gamma rays must make the long slow journey through the star,being absorbed and re-emitted from atom to atom.this brings down the energy of the gamma rays to the visible spectrum that we set streaming off the surface of the stars. 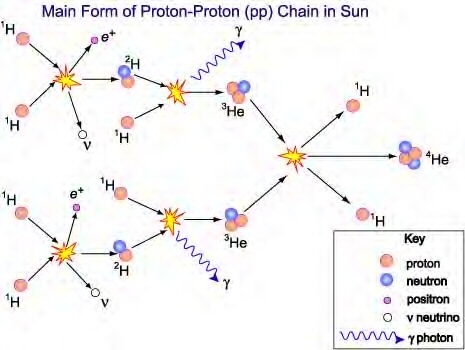 This fusion cycle is known as the proton-proton chain and it's the reaction that happens in stars with the mass of our sun.If stars have more than 1.5 solar masses,they use a different process known as CNO(carbon nitrogen oxygen) cycle.Stars can emit energy as long as they have hydrogen fuel in their core.Once this hydrogen runs out,the fusion reation shut down and the star begin to shrink and cool.Some stars will turn into white dwarfs 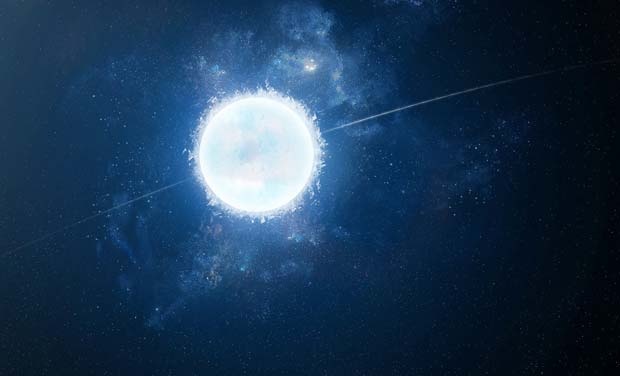 Jafar Abbass
Loves to love one person in the world

The Majorana particle finally captured. What will happen now?

Hi, friends. I'm very happy while I'm writing this blog because few days ago the announcement about …

the natural science that involves the study of matter and its motion through space and time, along w…

Of Life and Entropy

Politics Is More Difficult Than Physics.

[When asked Dr. Einstein, why is it that when the mind of man has stretched so far as to discover th…