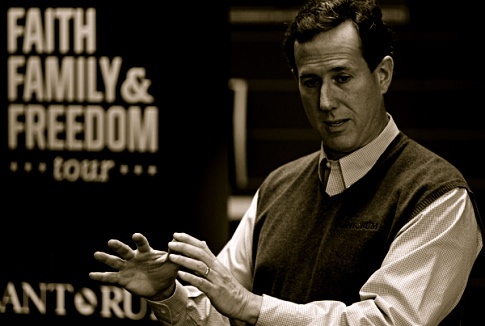 Are current nuclear powers avoiding their responsibility by projecting focus on terror and rogue state threats? Failure by handful of powers to adopt Nuclear Test Ban Treaty is one of several risk areas that global community must address including nuclear threat from terror and rogues states according to UNSG Ban Ki-moon. He stressed the need to bring the Comprehensive Nuclear-Test-Ban Treaty into force, stating that “the best way to eliminate the nuclear threat anywhere is by eliminating nuclear weapons everywhere.”

At the Seoul Nuclear Security Summit UNSG Ban Ki-moon also refocused attention on Nuclear Disarmament: “There has been some progress, but let us be clear: the world needs a verifiable and legally binding fissile material cut-off treaty.” He added that the current stalemate in the UN Conference on Disarmament (CD) is “unacceptable,” and called on members of the world’s sole multilateral disarmament negotiating forum to immediately commence negotiations on a treaty banning the production of fissile material for nuclear weapons. “The relevance of the CD is at stake. If the stalemate is not resolved during the 2012 CD session, the international community must explore alternative avenues.”

Established in 1979 and with a current membership of 65 countries, the CD primarily focuses on cessation of the nuclear arms race and nuclear disarmament, prevention of nuclear war, and prevention of an arms race in outer space, among other things – it has been plagued in recent years by an inability to overcome differences among its members and start its substantive work to end nuclear weapons globally. See Film for Blog: “Art 4Peace-Michael Douglas” - http://diplomaticallyincorrect.org/films/movie/art-4-peace-michael-douglas/30196

The other elements of Mr. Ban Ki-moons 5 Point Plan do address:

“The prospect of nuclear terrorism threatens international security. We are united in our resolve to defuse this threat.” Mr. Ban highlighted the need to consolidate the global nuclear security architecture through universal adherence to international instruments and a rigorous review mechanism.  Mr. Ban announced plans for high level meeting to further consolidate progress this fall.

Asserting more stringent control over fissile materials is another crucial area that deserves greater attention, the Secretary-General told world leaders. “There has been some progress, but let us be clear: the world needs a verifiable and legally binding fissile material cut-off treaty,” Mr. Ban said.

“Those tragedies (Chernobyl & Fukushima) sent a clear and urgent message: A nuclear accident can have consequences similar to a nuclear attack,” Mr. Ban said. Mr. Ban set out five areas for collective action relating to civilian use of nuclear power: bold steps to bridge the trust gap; emergency response, disaster risk reduction and resilience building; boosting the UN’s role; a stronger partnership with the nuclear industry and civil society; and progress on nuclear disarmament and non-proliferation.  See Film for Blog Report - “Inside Nuclear Beast-Fukushima Japan” - http://diplomaticallyincorrect.org/films/movie/inside-nuclear-beast-fukushima-japan/27487

In his remarks to the Summit’s plenary session, the UN chief also voiced his concern at the continued non-compliance of the Democratic People’s Republic of Korea (DPRK) and Iran with relevant Security Council resolutions concerning their nuclear programs.

Open this and your computer will blow up your house!

Video credits: CBS Newsvia YouTube.com There's something magical and perhaps mythical when we talk a…