On Killing the Cartoonists 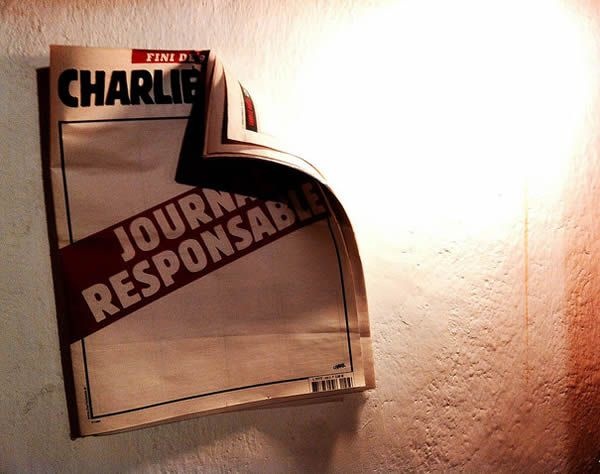 The Charlie Hebdo staff was playing with fire by touching on a sensitive subject. Their deaths were caused by extremists, but I believe they too were extreme in their ideas. Their cartoons are very offensive to me as a Muslim.  This does not mean that I approve of killing the staff of Charlie Hebdo. I condemn their killings and do not think they deserved to be killed for foolish cartoons.

There are extremist groups in Islam who believe they need to punish anyone who dares to insult the Qur’an or Prophet Mohammed. Hebdo’s staff knew what they were doing; they knew the risk they were taking and I think they thoughtfully made cartoons to outrage Muslims, which succeeded, and led to their own deaths.

If people don’t believe in Islam, that is okay. If they want to question Islam, that is okay too, but insulting a religion by insulting its prophet is not okay. And this is not only in Islam. I believe there are Christians who will strongly condemn a person who insults Jesus Christ and may try to hurt the offender.

Journalism includes taking risk. Reporting on war, reporting on Ebola, traveling to dangerous places to expose the truth, these are all types of risks in journalism. I believe journalism should help resolve problems and elevate the truth, not spread biased ideologies that create hatred and hurt people. I think Charlie Hebdo magazine hurt Muslims.

Charlie Hebdo is a satirical magazine that ridicules many groups.  It attacks Christianity and made fun of the Pope also but the cartoons they made of the prophet were worse. Muslims also draw cartoons of their politicians, but because of our special respect for the Prophet Mohammad, we cannot tolerate someone ridiculing him in a cartoon.

To portray him naked in a foolish cartoon is a big insult to Muslims. The cartoons I find most disturbing are the one portraying him naked and the one that supported the controversy of banning burqas in France. This cartoon shows a naked woman who stashed a burqa in her butt and the headline reads, “Yes to wearing the burqa… on the inside!” I don’t like the burqa, but I felt this cartoon is not only an insult to Muslim women, but to all women. I found the cartoonist immature to think he could make a valuable statement with that cartoon or make people stop wearing burqas.

Going to such an extreme with the cartoons triggered the radical group to take action but that group has nothing to do with Islam and all Muslims.

I am sad and angry that all Muslims have to bear the association of these so-called Islamic groups. It’s hurtful to get blamed by people like Rupert Murdoch who tweeted: “Maybe most Moslems are peaceful, but until they recognize and destroy their growing jihadist cancer they must be held responsible.” I found that 3652 people named it a favorite.

Whether within religious groups or secularist groups, there are always extremists. Charlie Hebdo was a secular magazine that went to the extreme with their cartoons, and the group who killed Charlie Hebdo’s staff was an even more extreme group.

Some people think Charlie Hebdo’s cartoonists were brave, but I do not think mocking a religion is brave.

I think Muslims should defend their beliefs and oppose people who insult them peacefully. Killing and shedding blood is a cowardly act that is against Islam and Prophet Mohammad’s teaching. Prophet Mohammad’s ways of dealing with opponents involved kindness and patience. And if these two tactics didn’t work, he would just ignore the people who hated him.