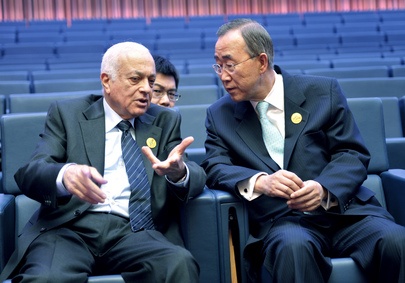 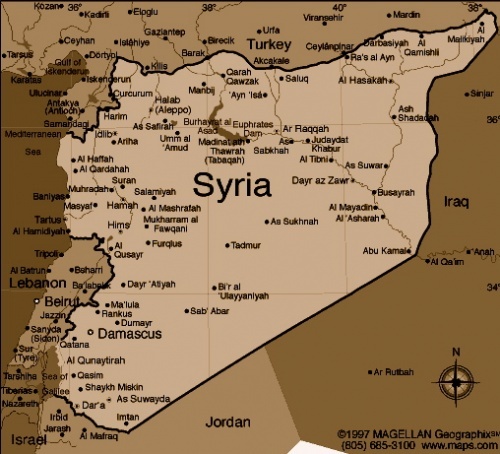 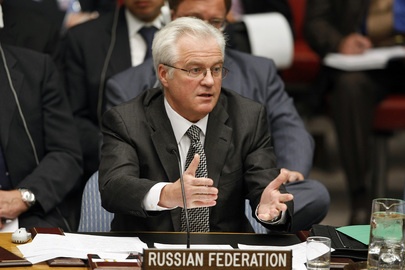 Nabil Elaraby will be coming to NYC to press ahead with the Arab League plan. Syria has strenuously objected to plan which calls for a “unity government” and for President Assad to step down. (Top Photo UNSG Ban Ki-moon & ALSG Nabil Elaraby recently in Doha - like minded!) The situation in Syria has caused division among the Arab League – some (Gulf Cooperation Council states) have quit the monitoring mission to Syria deeming it ineffective. (Below is our Article from January 22. 2012 asking “Is Arab League Mission to Syria a Mistake?”). However, Arab League Secretary General an old pro and colleague at the UN has decided to press ahead with a political initiative that Syrian regime vehemently opposes as well as the observer mission on the ground. Neither the schedule or full agenda is yet public. However, Secretary General Elaraby’s presence at UNHQ in NYC itself will deliver pressure particularly to China & Russia. Ironically, the threat of Iranian (an ally of Syrian regime) closure of Strait of Hormuz has caused China to seek promises from Saudi Arabia to fill any void in Iranian oil in case of conflict. Saudi Arabia and the other Gulf (GCC) countries pressure on China may prompt a more forthcoming Beijing on further UN Security Council action re Syria. Moscow may have to bend after providing evasive action for Assad regime. As some have pointed out accurately, for the Saudis and others, getting rid of Assad may be less about democracy and freedom and more about altering the balance of power in the region – in terms of current Syria/Iran alliance. Undoubtedly this is also part of consideration for Washington and EU allies. Nonetheless, end to Syria’s repression and de-facto civil war, democracy and regional power realignment may all be now intertwined – nothing is ever that neat when politics and principles flirt and … Well, anyway – next week may be a transformative one for Syria, the region, the Arab League and the UN. By Ambassador Muhamed Sacirbey Facebook Become a Fan at “Diplomatically Incorrect” Twitter – Follow at DiplomaticallyX FOLLOW mo @MuhamedSacirbey Is Arab League Mission in Syria Mistake? By Ambassador mo Posted on 22 January at 13:01 Extending the Arab League “Observer Mission to Syria” for another month may be perceived as the only option. However, it also relieves the UN Security Council of responsibility, at least for the moment. Unfortunately though it only reinforces the Syrian regimes notion of being in control for now and seeing this as an opportunity to inflict further crushing blows upon Syrian citizens and efforts at reform. Increasing the number of observers may help, but in my opinion, the Observer Mission has now become more about the deficiency in the qualitative rather quantitative factors. While from the outset the Mission was undermanned and rushed in with good intentions to as promptly as possible deliver some impetus to end the violence and oppression, unfortunately the Syrian regime now has set the tone. It will be difficult to change such tone and current trend toward the Observer Mission being perceived as more veneer for continued crackdown rather than a tempering effect on regime. Saudi Arabia has withdrawn from the Observer Mission and the Qatar chairman of the Arab League Foreign Ministers has expressed serious doubt about the continued efficacy and impact. The League Secretary General Nabil El-Araby has his own reservations but facing a deepening division he has now another crisis to deal with besides the immediacy of Syria’s emerging civil war. Nonetheless, I think it is unavoidable that Syria will be once again delivered to the doorstep of the UN Security Council, (and perhaps the International Criminal Court). The delay serves most the Syrian regime’s apologists on the UN Security Council, for now. The longer-term consequence may be that the Arab League Observer Mission making a direct appeal to the UN Security Council could deliver unbearable pressure to act upon the regimes apologists at the UN. Most critically though, the Arab League Observer Mission must remind one of the fundamental lessons of the UN Peacekeeping Mission (UNPROFOR) in Bosnia & Herzegovina – if you are not the solution, effectively and promptly, you can then actually become part of the problem – at least as an excuse for no more robust measures to confront the killings