Online Premiere for my Latest Short Film, One Too Many

After months of work and collaboration with many other filmmakers, artists and designers I am finally releasing my previous short film that I directed, producer, co-wrote and edited myself. 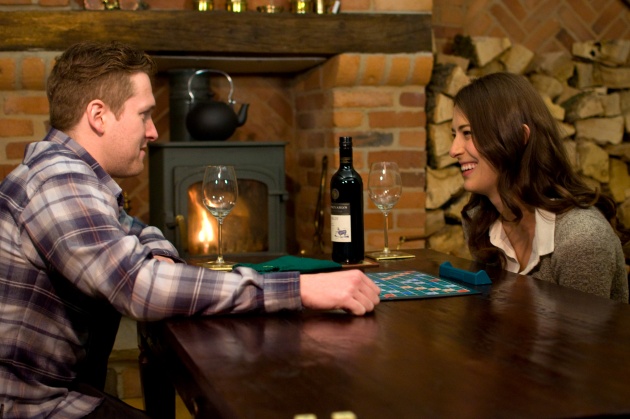 It was filmed in one single location, one small room to be exact, 6 crew and 2 cast members (including Steven Mitchell known for his Match.com advert, Girl On The Platform Smile).
Edited on Premiere Pro CS6 and with some complications with the length, starting at 9mins 15secs and being brutal and chopping it down to under 6mins I have finally decided to release the film, with FilmAnnex having the online premiere.

Without my crew, specifically my 1st AD, this film would not have worked. We worked through many shots and ideas until deciding to chop a bunch of shots which worked out both for the film and for our patience and time, so I cannot thank them enough!

It includes no dialogue and the film revolves around a quiet romantic weekend away in a quaint British cottage where a couple sit down with a glass of red wine in front of the billowing fire. They begin to play a friendly game of Scrabble that later starts to turn sour after one too many...

(Link to poster and inspirations of film, if you fancy a watch: http://www.filmannex.com/blogs/poster-one-too-many-short-film/87675)

After weeks of debating with myself I bring you One Too Many, so without further adieu...

I hope you enjoy it and am looking forward to hearing your thoughts.