"Opium exploded and spiked, statistics and production in Afghanistan"

A brief history and background of the production of poppy opium till to its eruption and explosion inside Afghanistan needs to be enlightened. Afghanistan has relation with cultivation of poppy opium since from thousands of years. The people of Afghanistan considered opium as the best source of economy for them instead of considering it a devastating and fatal crop. This is because the people of Afghanistan always affected by dreadful and draconian wars since form hundreds of years, consequences the destruction of economy of their country. 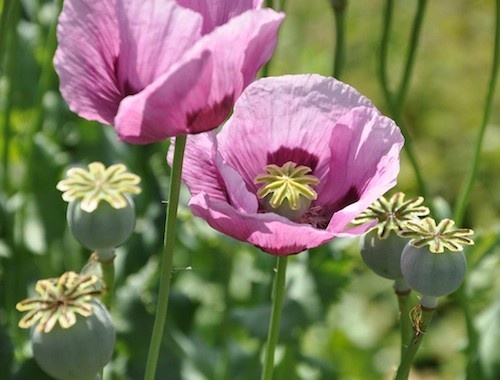 Since, from last three decades, after the invasion of Soviet Union in 1979, the production of opium in Afghanistan increased significantly. The question here arises that what are the main factors that lead Afghanistan for overwhelming production of Opium. The reason is evident, that the Soviet Union invasion results the complete destruction of the economy of Afghanistan. The source of income of the people of Afghanistan has been over and became the victim of starvation. The uprising and revolution of the people against the Soviet Troops compelled the people to cultivate opium to make themselves strong economically in order to meet their daily life needs and to fight with them. The militants groups who were fighting against Soviet Army took benefits by cultivating and trafficking opium. They purchased heavy armory, weapons and heavy gunships and became able to fight against Russian Army. After the defeat of Russian Army the militant’s heads became warlords and started fighting each other resulting civil war. They started smuggling and enhance the poppy opium and drugs trafficking, they were so called “Norco-Leaders”. 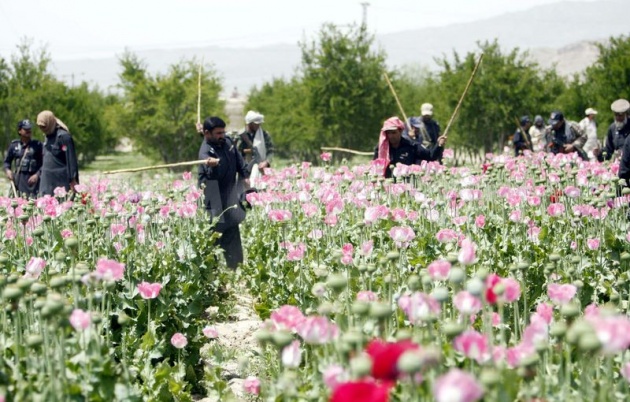 The sudden uprising of Islamist Taliban against the warlords, smugglers and rebels were succeeded. In 1988, Taliban Regime took the charge of whole country and banned the cultivation of opium, implementing the Islamic Sharia (Islamic Rules) and showed their abhorrence towards opium and drugs. After 9, 11 USA invaded Afghanistan and started war named “War on Terror”. Taliban stood against USA and Nato Troops and started fight against them. They started cultivation opium and encouraging the people for cultivation of opium which became the effective financial source for Taliban and Terrorists. In addition to this, they fixed and imposed a specific percentage on the land lords and on farmers and also enforced those to pay “usher” (a quantity of crop that should pay by the farmers according to Islamic rules, the Sharia). Beside this, Taliban allowed the trafficker and smugglers of opium to export it all over the world, so that they would be funded back. The average income of Taliban from opium per year is increased from "280 million US$ to 580 million US$". This situation makes a great headache for the US troops and Coalition forces because they are now fighting two wars, one against terrorist and Al Qaeda and one against narcotics, the war is now so called “War on Norco-terror”. The Afghan Security Forces also tried it best to fight against the narcotics but seems to be failed that’s why the production of opium is increasing every year. 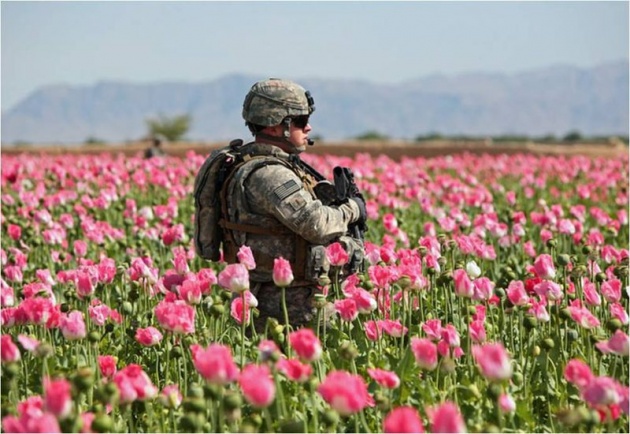 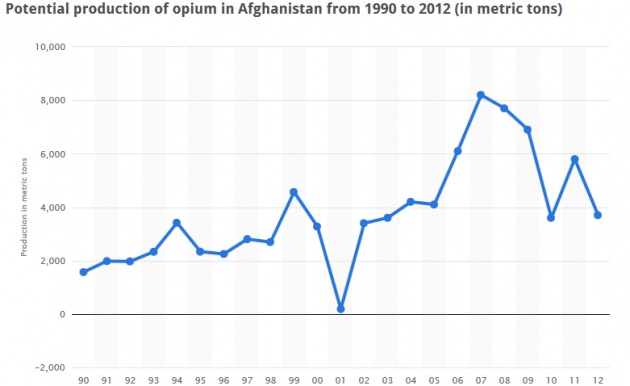