Today the world’s arsenal contain thousands of  nuclear weapons, perhaps as many as 60000. The total explosive power of these weapons is equivalent to about four tons of TNT for every man woman and child on the earth. The future world war will definitely make use of nuclear weapons. Such a war is unlikely to go on for years but would be all over in a matter of days. The civilization which we took thousands of years to build would go all in vain. The use of these weapons would inflict the greatest  disaster on the mankind. 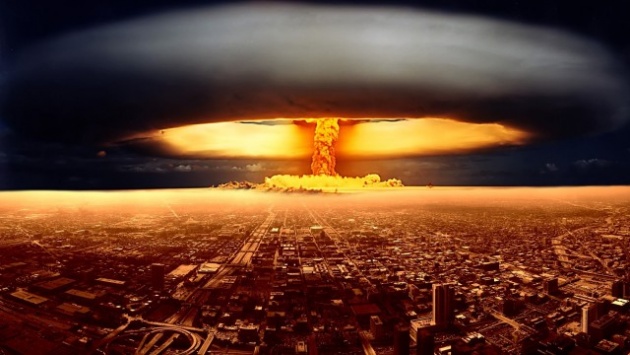 On the assumption that a third world war must escalate to a nuclear destruction. It can be said that the fourth world war will be fought with bows and arrow. The objective about which Hitler was very clear and which was made public many a times both by actions and deeds converged only to one point that the future belonged to Germans. The Germans “Master Race” was destined to control the European continent; all other nations with a few exceptions were either to be exterminated or reduced to a miserable condition. Hitler’s armies used the most sophisticated military equipment and had in Two years over turned the most of Europe. By the autumn of 1941 his forces were heading towards Moscow to give a decisive blow to his Russian enemies. Britain although undefeated, stood alone and incapable of stopping Hitler. He was so sure about his success that he declared war on the United States of America only four days after the Japanese had attacked and destroyed most of the American Pacific fleet at the Pearl Harbor on 7th December, 1941. The Japanese and the Germans wanted to isolate American continent from the rest of the world. They had succeeded in this attempt as the world’s major industrial and population center were falling to them. It was least expected of Japanese and Germans to extend their hands of friendship to America once they had finished their conquests. It was more likely that America would be then next target. 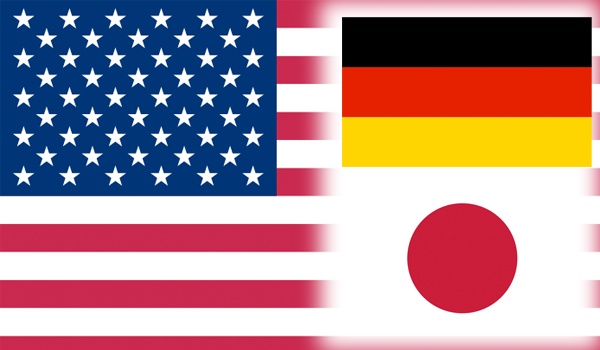 The progress in the field of military technology particularly in the submarine warfare and long range bomber would sooner or later bring United States within the attacking distance of Japanese and Germans. It was the type of advancement rather than the speed which worried America. Intelligence sources had communicated to America that the Germans were busy in making a Uranium or Atom Bomb. Hitler armed with his new bomb and the delivery system, capable of reaching the United States was a terrifying threat. In 1939 French Scientists had discovered that a nuclear chain reaction was possible and a year before this the discovery had been made in Nazi German that atoms of Uranium could be made to split or fission and so release huge amounts of energy.

Albert Einstein, the most famous nuclear Physicist of his time, wrote a letter to American President, Franklin Roosevelt pointed out the imminent dangers of a German atomic bomb. The result of Einstein’s efforts was to change the world history thorough the Manhattan Project. The project was highly secret and expensive; carried out in United States it employed nearly 40000 people at thirty seven installations and its aim was to take lead over Hitler in making an atomic bomb. In America under the leadership of a scientist Enrico Fermi much work had already been done on nuclear fission. Infact it was Fermi’s team which in Decemeber 1942 produced the world’s first controlled nuclear fission chain reaction. Without this work the development at atomic bomb might not have been so quick. After Fermi’success in laying down the ground work for the process used these days. In nuclear stations, the scientists under the leadership of Robert Oppenheimer, at Los Almos, New Mexico turned their efforts to produce an atomic bomb. United States thus made an atomic bomb before Hitler did. The first test explosion took place in July, 1945 at Almogordo, New Mexico. The Germans had surrendered two months earlier. 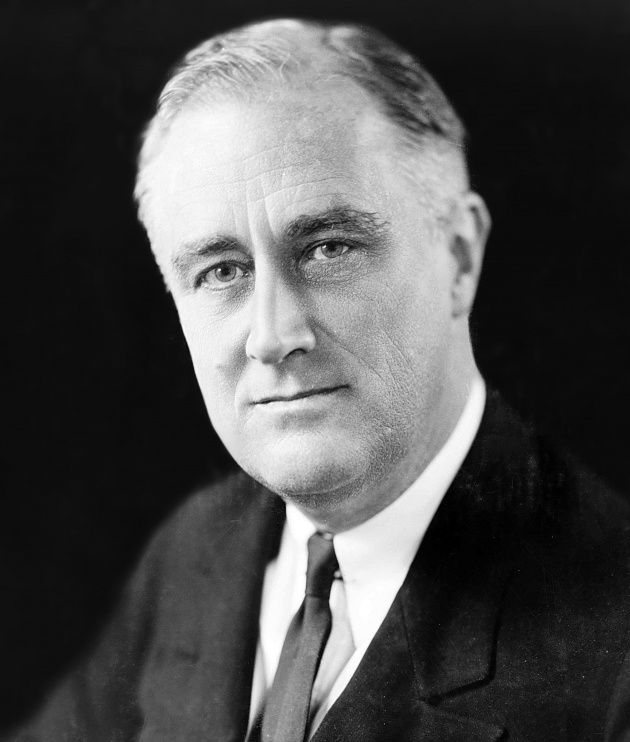 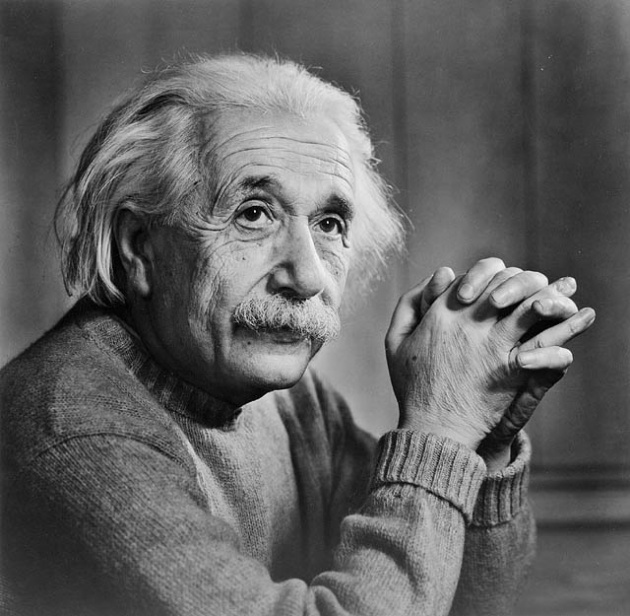 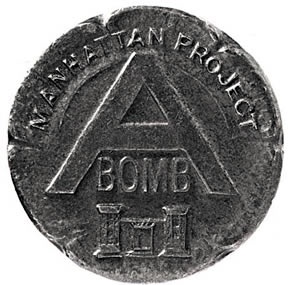 Japan was such a fanatical enemy for whom surrender in the battle was the greatest shame, and the worst of all humiliations. Although Japanese were not developing an atomic bomb, Truman decided to go ahead and use the atomic bomb against Japan. At 8.16 AM on the clear day of 6th August, 1945 an atomic bomb exploded above the Japanese city of Hiroshima, 140000 people died. Three days late another atomic bomb was dropped and obliterated Nagasaki. Japan surrendered with such a destructive blow. 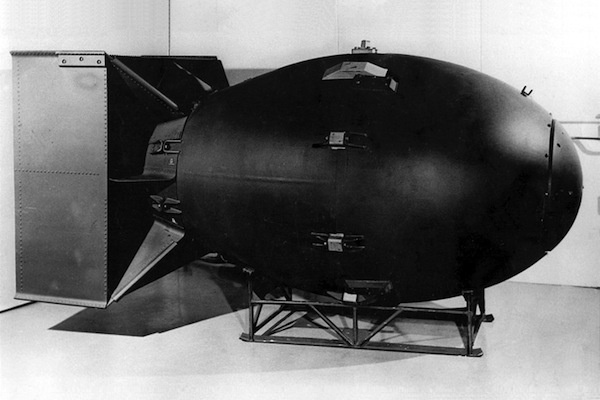 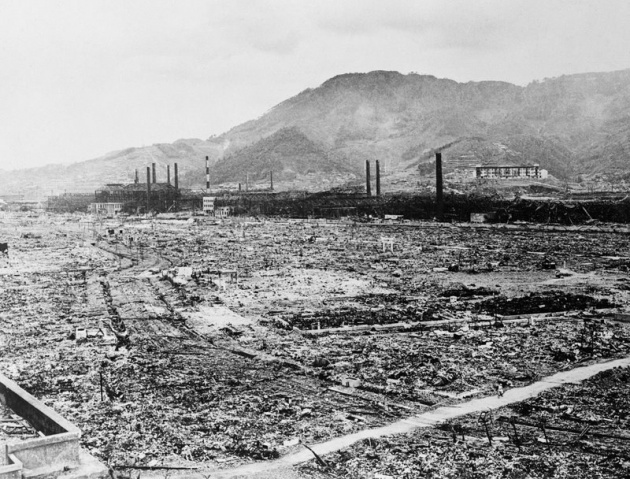 At the end of the World War 2 United States of America and Russia emerged as the strongest Nations on the face of earth. The rivalary between these two strong powers for increasing their area of influnece had given birth to the cold war. Since these two countries represent two different economic systems, their mutual hatred and mistrust has fuelled the nuclear arms race down to the present day. The nuclear arms race which started in 1945 is going on till today. 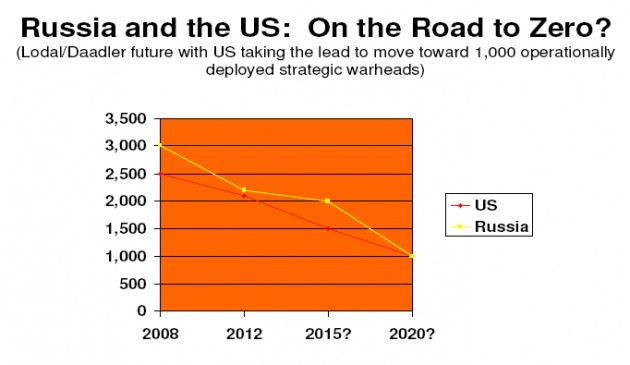 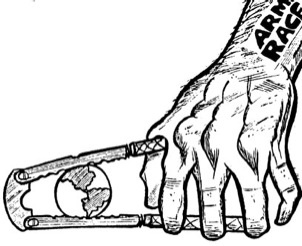 Horrors in War by Usmanmanzoor