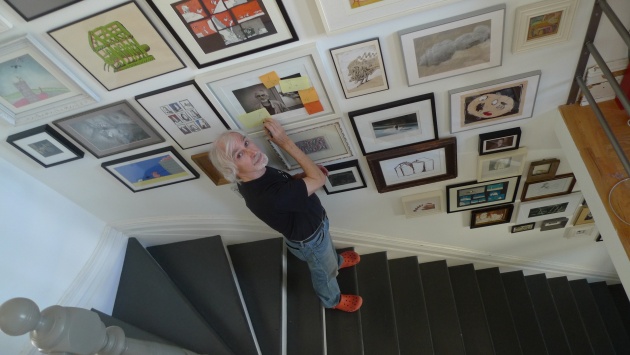 (Paul Driessen drawing on some Post-it Notes on his wall of animation art at his home in Montreal, Quebec)

This week in celebration of the 2014 Academy Awards, I'm featuring an interview with legendary animator and Oscar nominated anijam animator, Paul Driessen.

Paul Driessen was born in 1940 in the Netherlands. After graduating from art school, he joined Cinecartooncentre, a small animation studio near Amsterdam. A few years later, he went to London to work on the Beatles’ feature The Yellow Submarine. In the seventies, Driessen moved to Canada, where he made many award-winning animated films. In 2000, 3 Misses, a Dutch production, earned him an Oscar nomination. His short films have won more than fifty prizes all over the world, including the Life Achievement Awards at both Ottawa and Zagreb animation festivals. Recently he made his debut as a writer/illustrator with The Fiddle Fumble Stories series. They reflect the playful ideas Paul Driessen frequently explores in his films.

To have Paul Driessen work on a segment  for Yellow Sticky Notes | Canadian Anijam is beyond a great honour.  Anijam mentor, Marv Newland, who is good friends with Paul, helped put me in touch with him.  I was over the moon when Paul agreed to animate a segment of Yellow Sticky Notes | Canadian Anjiam and he was actually the first anijammer to submit their segment.  It also happened to be the oldest self reflection, back when Paul was a kid, so his segment starts off the film since all the sequences were arranged in chronological order. 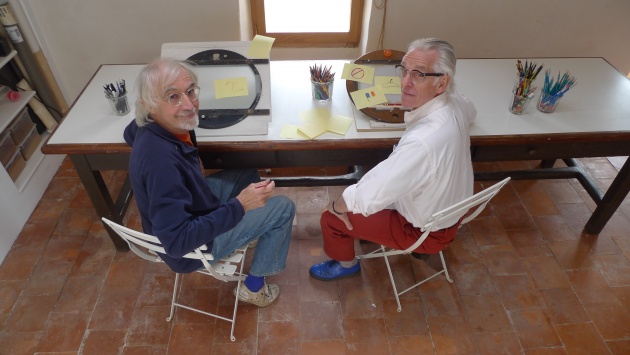 PD: Drawing one-panel cartoons from a young age, thus learning the craft of visual storytelling helped me on my path to become an animator. However, after I was invited to become an animator at a small studio in Holland (because of my drawings) they sent me to my first Annecy festival in 1965, where my eyes were opened to the art of short animated films; all the greats of that era were there with their work, quite an eyeopener.

PD:  I guess THE BOY WHO SAW THE ICEBERG. It has an interesting structure to me (split screen: one side depicting the real life of a small boy; the other side his fantasy life) and I feel  it's well told on screen; its design pleases me still and it's well animated. It's one of the few 'emotionally moving' films I did and, contrary to quite a few of my films, I don't mind being present when it's been shown.

PD: A film that fulfills all the demands of good animated short: good storytelling, good animation, good timing and pacing (not too long, which happens a lot since authors of short films find it often difficult to cut in their own work), and good to look at.

PD: Try to be original (which is not easy with so much communication going on). And, as I mentioned above, don't be afraid to cut into your film, even if it means throwing out months of hard work, as long as it makes for a better film. 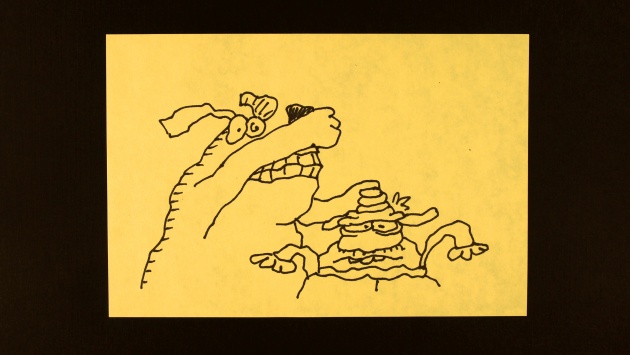 PD:  Having access to so many tools nowadays to conjure up animation, it's relatively easy to create fun looking movement on screen.

I think with help of a teacher who understands it's full potential, animation offers such a rich field of experiences that it's hard not to get excited by it. The good thing about this kind of animation is that it requires thought and planning, it's a personal way of expressing yourself that you can see growing during its execution.

PD: I'm working on a film called CAT MEETS DOG; it's based on what all animators love to do at least once in their life: animating cats and dogs chasing each other.

However, in my case the screen is divided in four parts in which an interactive looking story of the meeting and show down of my cat and dog takes place. It's a coproduction between the Filmboard, Holland & Belgium and it will be finished early next summer. 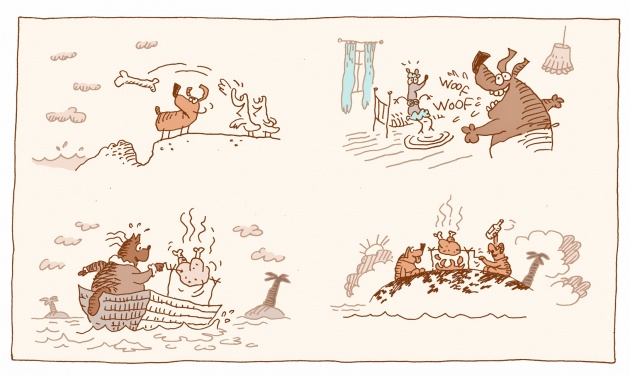 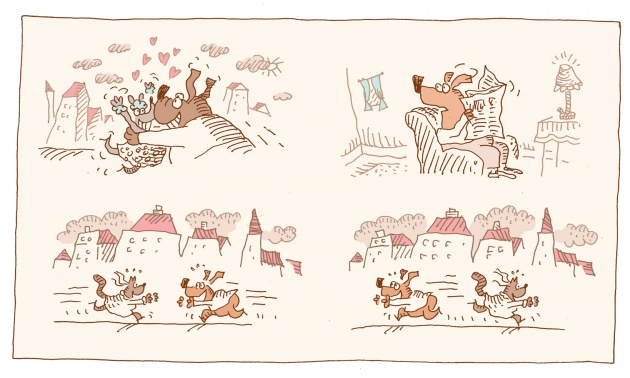 "As a kid, long time ago, I was walking my parents old dog and an unfriendly neighbour falsely accused our dog of having dumped his little morsel on the sidewalk in front of her house and why didn't the police do anything about it.  Our dog died shortly after of indigestion, so that was the end of the story."

Below you can watch Pauls's animated segment from Yellow Sticky Notes | Canadian Anijam.  Enjoy!  Please subscribe for new blog posts in this series (many other great animators to come) and more clips from the film!