Pakistan have an Everest to climb in World Cup

the national cricket selectors have, indeed, come of age. A quick glance at Pakistan’s World Cup squad named on Wednesday can tell you that.

However, it is never a perfect equation when it comes to selecting a squad for an event of World Cup’s magnitude and importance. Here too, one can argue about the omission of budding all-rounder Anwar Ali from the side, or that of Fawad Alam or Azhar Ali in the middle-order; the demerits of selecting an injury-prone Ehsan Adil or drafting an inconsistent Umar Akmal into the squad. To their credit, though, the selectors have stoutly defended their selection, and with solid reasoning too.it is good

“The team has been picked after taking all aspects into consideration including, conditions, climate, grounds, and extensive travelling,” says chief selector Moin Khan. “Our selection committee has picked purely on merit, without any likes or dislikes or any other outside factor influencing us.”

Thankfully, there are no major goof-ups to mourn about, which could have given the critics a field day. The squad doesn’t smack of nepotism, neither has any minister been obliged to accommodate a sifarshi.  More significantly, there’s no feeling of rancour, no love lost between the captain, coach or the chief selector over the final squad. This augurs well for the team.

Also, for once it seems the chairman of the PCB, too, has successfully managed to keep his instincts to impose and interfere at bay and has let the selectors call the shots.

The squad, once again, will be led by the genial Misbah-ul-Haq. Though his apparent nonchalance belies a keen command, Misbah deserves full credit for keeping the team focused and controversy-free through some really tough times which have seen an unprecedented barren run of no international cricket at home for five long years in the aftermath of that harrowing attack on the Sri Lanka team bus in March 2009.

That said, Misbah has an Everest to climb in the World Cup. Comparisons invariably will be drawn with his predecessor Imran Khan, who proudly lifted the gleaming glass trophy in Melbourne 23 years ago to conquer the hearts of a cricket-crazy nation.

The game of cricket has come a long way since. It is no more the gentleman’s game. Every win and every defeat has many connotations, each player is under spotlight, the commercial aspect is predominant and the media unforgiving.

Despite his many virtues, Misbah is no Imran Khan. He also knows that he does not have the services of a Javed Miandad or a Wasim Akram or even a Mushtaq Ahmed. However, Misbah who is easily the world’s oldest player at 40, will be driven by the fact that this is his last World Cup and he has to go out on a winning note, come hell or high water. Luckily, he will have his two other compatriots all fired up like him and wishing as much a befitting farewell to their illustrious careers – Shahid Afridi and Younis Khan.

The selectors have sprung a real surprise by recalling Sohail Khan, the 30-year-old pace bowler who returns to Pakistan ranks after a yawning gap of four years. Whether he is in sync or too rusty for international cricket, only time will tell. However, his impressive 64-wicket haul this season surely merits his selection.

The five fast bowlers in the side clearly determine the direction the team will be taking in the mega event. It is obvious that Pakistan wants to win the World Cup with pace. This is understandable as their favourite son Saeed Ajmal is not there to work his ‘doosra’ magic this time. Senior pro Hafeez, too, is hampered by the ICC sanctions which is unfortunate, to say the least.

But for Pakistan – dubbed as the ‘most predictably unpredictable team’ by former England skipper Mike Atherton, the batting young guns provide hope. Sarfraz Ahmed, Haris Sohail, Ahmed Shehzad, Sohaib Maqsood and Umar Akmal all can be match-winners on their day provided they keep their nerve. 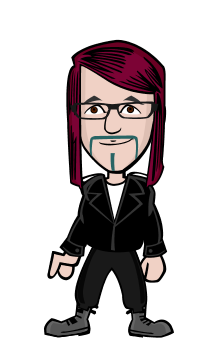 my name is mansoor malik from karampur and iam an student

What is love? Love is chemistry, love is passion, love is acceptance, love is all of the above. Love…

Develop a writing style and voice

A great site design and technical gimmicks are no replacement for developing an interesting, readabl…