Disease, it is an act of persons becoming unhealthy: physically, emotionally, and mentally, due to the stress, unhealthy food and negative view in life; and to lessen the disease, person should choose exercise that she/he likes most. Exercise is a form of communications between body and mind wherein every movement are indicators of positive results in mind and body.

James Parkinson was the first doctor who defined the clinical syndrome during 1817 that was later bear on his name. He stated the six cases such as the paralysis and diminished muscle strength, abnormal posture and gait, characteristic resting tremor, and developments of disease from time to time.

Parkinson’s disease is characterized as chronic neurodegenerative disorder which is the loss of neurons lead to weaken human cognitive. Neuron is defined as a cell transmitting impulses in nerve tissue, with this definition; difficulties in memorization and remembering will be the possible effect if the neurons continuously died or lessen. As today many of the persons experienced this situation, due to the fermented drinking (soft drink, wine, alcoholic drinks, etc.) and unhealthy food were part of daily lives that cause of having neurodegenerative disorder. 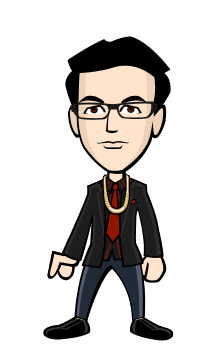 My name is Elesio Catalla Ladines Jr. I am twenty-two years old. I’m from Philippines. I am a licensed teacher with a degree of Bachelor in Elementary Education graduated at Community College of Mauban. During my college days I’m a fun of writing competition where I acknowledged as a Best…

mac dre had a lot of legal issues before he died