It was freezing cold - minus 3 degrees - and I was going into a fast food joint to get a hot drink while I waited for my dance class to start. William was sat on the floor by the entrance, with only a sweater to ward off the cold, and asked me for some money. Now, I never give cash to homeless people, but it was so cold and his teeth were chattering, so I stopped and asked him how long it had been since he'd eaten something. He told me two days.

Two days! In this weather!!

So I asked the guy to come inside and eat with me. He was shocked. Even when I'd bought him some food he went to eat it outside. I told him that he really could share my table, just to get out of the weather for a bit. So he did. We talked about a lot of things: where we were from, how he'd ended up on the streets, spiritual stuff - you name it! But mostly he kept telling me that I'd saved his life. Who knows? Maybe I did.

A lot of people may say that this was dangerous or reckless of me, but the staff of the restaurant were there the whole time, and I never once got a creepy or bad vibe from him. He was just cold and hungry.

William has left a mark on me, I think. So often we just walk past people who are down on their luck, but on days like today stopping and paying for someone to eat can make all the difference. So say hello, buy a hot drink, carry a 'rescue bag', give a hot meal. Little things that those of us with jobs and homes take for granted.

So please, pay your good luck forward. Reach out to someone in need. It takes so little effort, but you could save a life. 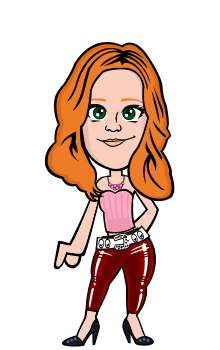