Penny Dreadful Is The Most Underrated Show On Television Right Now 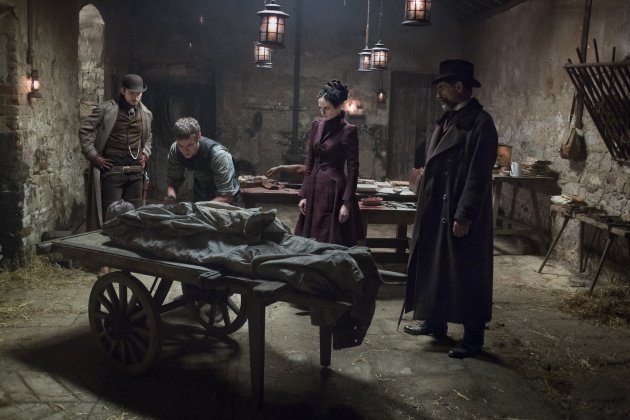 Right now everybody is still talking about Game Of Thrones, and don't get me wrong, it's a fantastic show. Thankfully though the people at Showtime were smart enough to introduce the first episode of Penny Dreadful to people who have Hulu Plus for free.

Well it's a good thing they did. This article is basically a result of that decision. Penny Dreadful right now is the most underrated show on television. Living on Showtime during a time slot where the best of the best compete it's been not given the proper credit it deserves.

Now before I continue into my personal vindication of the show I should tell you that Penny Dreadful is a narrative encompassing different horror icons set in 19th century London. This is basically all I can tell you.

Penny Dreadful is a terrifically spoiler filled program. If I mention characters, even their names, I risk ruining an entire arc of story for you. I can't do it. I won't.

So you'll just have to trust me on this. The acting is superb. Eva Green steals the scenes she's in and Josh Harnett is finally making up for his performance in Pearl Harbor. Better late than never Josh.

There's plenty of blood and gore. In fact if memory serves I believe a crime scene is briefly shown that basically involves a body thrown all across a small room. They hint of Jack The Ripper being involved with the killing, but again, that's all I can tell you. Don't watch if you have a faint constitution and a weak stomach. This show isn't for you.

The writer, John Logan, did a great job at having people care deeply for icons they've heard long before this show came out. Never did I think I would give two damns whether or not a vampire appeared in a show. It wouldn't matter to me.

Now it's all that does. That's what Penny Dreadful does so successfully. It turns a narrative into half thriller half mystery and dabbles between the two amidst the characters.

There's also a grander scheme afoot that we have no inkling as to what's happening. We can guess. Guessing is fun. It's something we all love to do. Theorize.

12 Tips How To Avoid Online Threats

image Credit: @artbytes via bitlanders 12 Tips How To Avoid Online Threats How To Protect Yourself F…