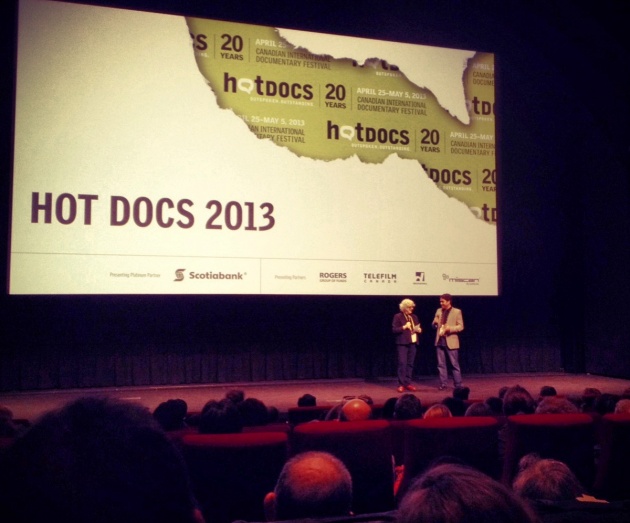 The other day, I was talking to my director buddy, Darcy Van Poelgeest, about pitching film and TV projects and he reminded me of a quote by Orson Wells, “It's about two percent movie-making and ninety-eight percent hustling. It's no way to spend a life.”  I love this quote because it’s pretty much true in this business and just goes to show that nothing has changed over the last 50 years of filmmaking.  If anything, it's now 99% hustling!

As a filmmaker and producer, pitching is a very important aspect to filmmaking and getting a film made.  Filmmaking is not a hobby for me, it is my career and I support paying everyone who is involved in making my films, which is the way it should be.  Thus, trying to convince someone early on to believe and invest in your vision is often the most challenging part of making a film.  I constantly find myself at various stages of development pitching my ideas to investors, grants foundations, broadcasters, and distributors.  It’s all about perfecting the pitch!

I recently just returned from the largest and most prestigious documentary festival in North America, Hot Docs.  Hot Docs Canadian International Documentary Film Festival is based in Toronto, Ontario, Canada and just celebrated its 20th anniversary.  The festival this year ran from April 25th to May 5th, 2013.

I received this year’s Super Channel Documentary Award for my theatrical documentary in development, Mixed Match.  The award included 20 hours of mentoring by award-winning documentarian, Nettie Wild, and $3000 was to help fund my producer, Ruth Vincent, and my trip to this year’s Hot Docs so we could pitch the project to the attending international broadcasters and distributors.  As luck would have it, my short animated documentary, Yellow Sticky Notes | Canadian Anijam was also officially selected to screen at this year’s festival. This was great news since it also meant that Ruth and I would receive free Conference and Networking passes.  So all we had to do was upgrade our passes to an All Access pass so we could participate in the pitch sessions.  This saved us a considerable amount of money. 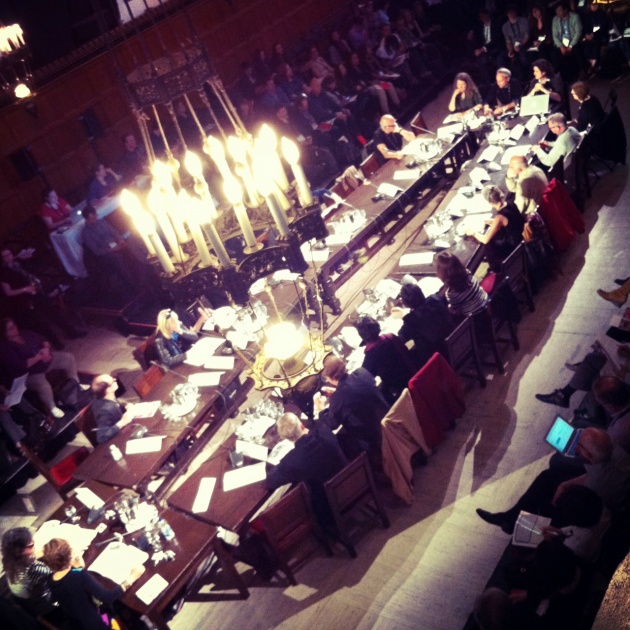 Hot Docs is a market and conference as well as a film festival so they have many programs that producers can participate in to sell their projects in various stages of development.  One of those programs, the Hot Docs Forum, is a crazy event where a filmmaking team pitches to a table of over 20 broadcasters in front of a 300-person audience made up of producers, directors, distributors, and more broadcasters.  It is one of the most intense things I have ever seen but it was great experience to see how producing teams presented their pitches to a live audience under a lot of pressure.  They had 10 minute to pitch their idea and show their trailer.  Then for 10 minutes, broadcasters could ask questions or respond to the project.  Sometimes favorable, sometimes critical.  For any filmmaker, watching another person pitch is the best experience for helping to perfect your own pitch.  You learn what works, what sells, what the broadcasters are interested in, how to make a successful trailer, and how easy it is to crash and burn if you’re ill prepared.

Another great program at Hot Docs is the Deal Maker program.  This program helps set up one-on-one meetings between producers and buyers so producers can pitch their project.  This year they accepted only 50 projects to participate in the program out of a few hundred.  To submit to the program, producers had to submit a 1-minute trailer and 4000 character synopsis for their documentary.

Again, as luck would have it, my documentary in development, Mixed Match, was selected to participate in the Deal Makers program and Hot Docs arranged 6 meetings for us.  The Deal Maker program ran over three days and it’s pretty much set up like speed dating.  There’s around 20 broadcasters sitting at tables and each producer/director team moves around the room for their scheduled meeting. Each meeting was only 15 minutes long and in that time you have to pitch your project to the broadcast executive or distributor.  It’s actually pretty amazing how much ground you can cover in 15 minutes.  It also helped that both Ruth and I were there together so we could pull the other back in line in case one of us was going astray.  Therefore, I really recommended pitching with a partner whether it's your executive producer, co-director, co-producer, best friend, etc.  It just takes some of the pressure off of you so you aren’t as nervous delivering the perfect pitch…

In part two of Perfecting the Pitch (coming next week), I talk about the outcomes of our Deal Maker pitches to the buyers and how to successfully perform the ‘shark attack’!

Please subscribe for updates on new blog postings and check out the trailer below for my upcoming documentary, Mixed Match.