There are few more epic and quintessential plots than the overcoming of a monster. The plot is simple. Here, the protagonist (or hero) is all good, and goes into direct battle to overcome the evil monster. Suffice to say not much more needs to be said. Indeed this is what makes this plot construction so visceral rather than intellectual. It immediately engages our "gut instinct". It reaches us on a primordial level, and perhaps breaks through the maze of modern intellectualism.

Indeed, Christopher Booker claims "there have been few cultures in the world which have not some version of the Overcoming the monster".  Coming from a Western Christian upbringing, the first story that immediately springs to mind is the biblical David and Goliath, and even the whole story of Jesus Christ!  Then there is Little Red Riding Hood, Three Little Pigs, Hansel and Gretel, Jack and the Beanstalk, one of my favourites Beowulf, and well…etcetera, etcetera  !!! 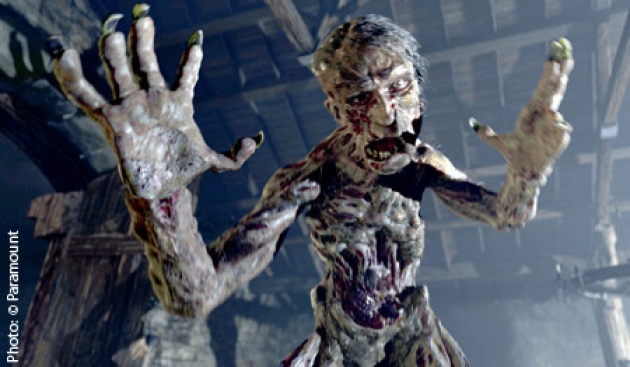 The Monster can be so overt, as a monster in the fairy tale setting.  It can be a giant, a witch, a wolf, a dragon, a shark, a minotaur, a sphinx, a Grendel, a vampire called Dracula, Martians, Nazis, outlaw gangs, flesh eating dinosaurs, a hulking body with ogre teeth, all the villains in James Bond movies or some ex Jedi knight (who turned to the dark side) …well…yeah, etcetera, etcetera.

Booker argues that the action unfolds in similar stages in all such tales.

“Anticipation stage”: our curiosity is aroused, by the protagonist and that dastardly Monster!

“Dream stage”: rather more serious incidents take place, but impart on our ‘hero’ protagonist a dreamlike sense of immunity to danger.

“Frustration stage”: or confrontation stage. Here the first serious setbacks are experienced by our protagonist because of the overwhelming power of our monster. It’s not just any monster. This is the one that really will kill our protagonist!

“Nightmare stage”: the monster really does something awful! That’s right; he really is a nasty piece of work! Yes, we’ll have no regret when our protagonist finally does that monster in!

“Miraculous Escape”: of our hero who truly does possess a superhuman power. Through ingenuity and great fortune manages to break through the disaster our Monster was about to create!

Yes there is none other story more satisfying than this age old gem!!! It’s a real David and Goliath.