As described previously the re birth plot can be seen as essentially two states, one where there is a dark spell over the protagonist causing coldness, darkness, decay, isolation and torment; and one state where the dark spell is lifted by some miraculous redemptive event (usually from the love of another hero or heroine, but it can also be from a child) where there is re-birth, warmth, love, life, happiness and liberation.

Act 1: The protagonist falls under the dark spell.

Act 2: The spell leads to a short time where things appear to go well.

Act 3:  Frustration grows as the protagonist wakes up to the torment which the dark spell has caused them.        They feel imprisoned in a state of living death.

Act 4: There is a nightmarish crisis when the Dark spell looks like it’s completely triumphed.

Act 5: The miraculous redemption takes place when the heroine or hero frees the protagonist from the dark spell with their love.

The dark spell can be an external force or, as we shall see, an internal force.

In Charles Dickens’ A Christmas Carol the main protagonist Ebenezer Scrooge carries this dark spell within him, as part of his character. He is a solitary ‘monster’ obsessed by money and greed. Now old, grumpy, selfish and rich, Scrooge has no interest in the spirit of Christmas on Christmas Eve. He rejects an invitation for Christmas dinner from his cheerful nephew, declines to donate to charity to help the poor and refuses to help his clerk Bob Cratchit with more coal for his fire in his cold home (as unknown to Scrooge he has very sick child at home, Tim Cratchit or “Tiny Tim”). It’s a very cold evening indeed, and when Scrooge returns alone to his home he is confronted that night with visions. Firstly of his former partner Jacob Marley who had been dead for seven years, to for-warn Scrooge of the punishment that awaits  those that live selfishly and that three apparitions will visit him over three nights. The first ghost of ‘Christmas past’ provides Scrooge with a series of flashbacks of his earlier childhood where he was surrounded by loving relatives at Christmas dinners and then flashbacks to when he was a young man and had been engaged to a pretty young woman who left him because he worshipped money. The Ghost of ‘Christmas Present’ reveals festive families enjoying Christmas presently including a vision of his nephew and Bob Cratchit  with their families. The third ghost of ‘Christmas to Come’ vexes Scrooge with nightmarish visions of the passing of a dead man without a friend in the world but a group of vagabonds stealing his belongings after death; Tiny Tim dying of an illness and a vision of a gravestone recording a man who has died un-mourned and unloved (of course that’s his grave).

Scrooge awakens from his nightmare to find that it’s the next morning, Christmas day. He has a change of heart, and in explosion of generosity and goodwill, sends a turkey around to Bob Cratchit’s home, donates a large sum to the charity for the poor, attends his nephew’s Christmas Dinner, increases Bob Cratchit’s salary and then from that day on he becomes, like a second father to the young sick boy, Tiny Tim. He is liberated from the internal dark spell that was imprisoning him. 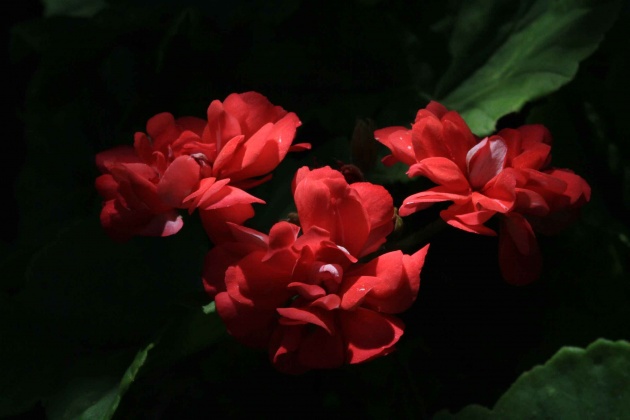 Caroling, It's More Fun in the Philippines

The First Edition of the Daily News

On January 21st 1846 the first edition of The Daily News, a national daily newspaper, went on sale i…

Decided to try my hand at QB64, so I started with a very simple Conways Game of Life program. When I…

So how many of you play the hit indie game Minecraft? Because it is a very fun game, but it is also …